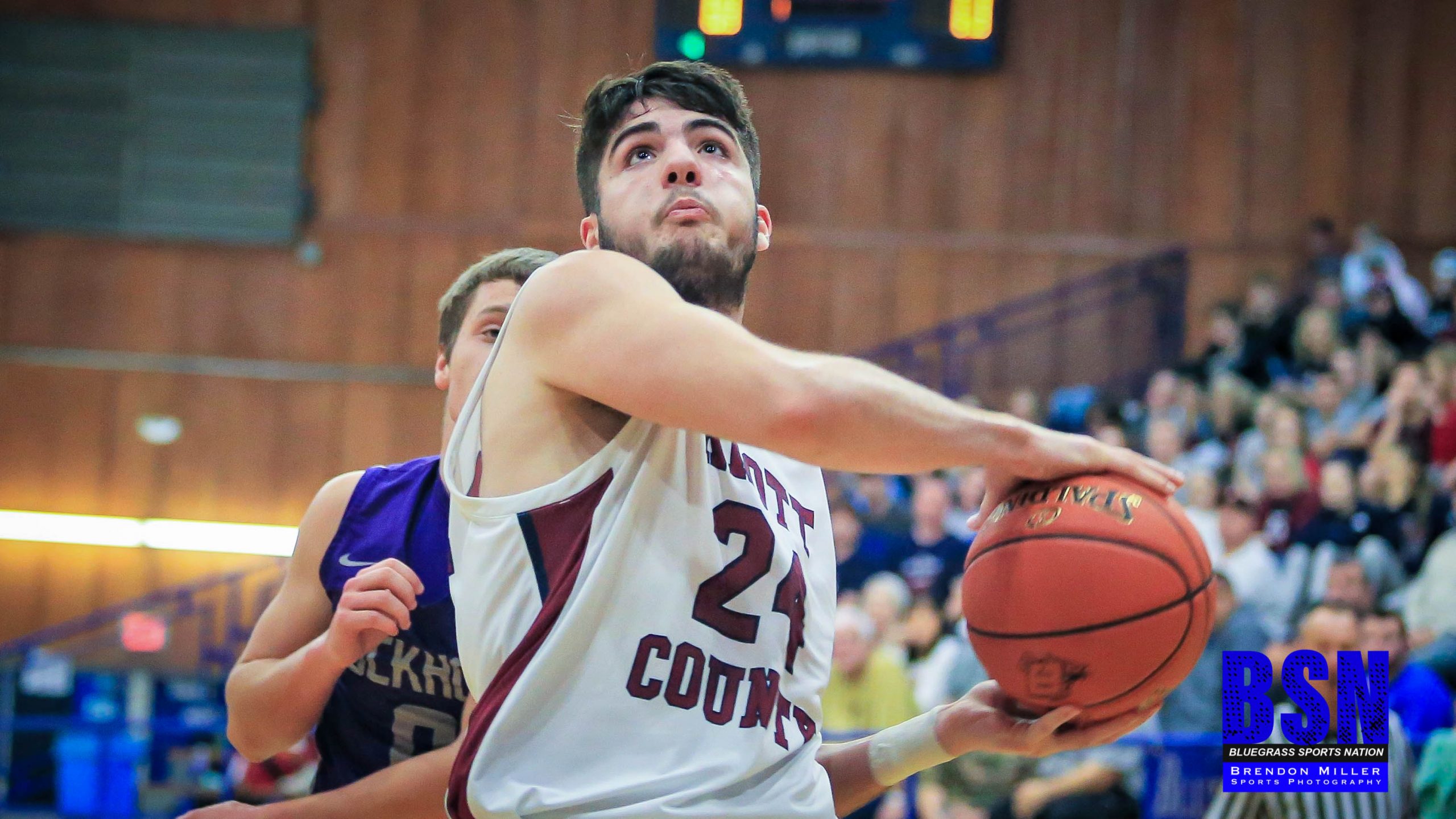 Knott Central is headed to the All “A” Regional Championship game after outlasting Buckhorn in a grind-it-out battle on Saturday afternoon in the 2nd Semi-Final.

The Patriots started the contest on a 13-1 run behind 7 by point guard Kent Damron. Buckhorn was only able to score a single field goal in the Quarter, and the 1st Quarter ended with Knott leading 16-5.

Buckhorn upped the defensive intensity in the 2nd Quarter in what was a turnover and missed shot fest that only a lover of defense could have admired. Knott scored only a single bucket for their 2 points in the Quarter. Sophomore big man Christian Collins scored all 10 of the Wildcat points in the quarter going 6 for 6 from the line and two baskets. Knott lead at the half 18-15.

As hard as the 2nd Quarter was to watch, the teams opened up and played well in the second half. Buckhorn hit four 3’s in the 3rd Quarter with two from Kobe Bowling and one each from Hayden Neace and Dylan Knight, while Collins had three baskets in the paint. Coach B.B. King turned to his Junior big man, Josh McGuire, who had five baskets for 10 points to lead the Patriots. Colby Napier added 5, to put the Patriots up 6, 39-33 headed to the 4th.

Bowling did his best to bring the Wildcats back, with 11 in the 4th, but the Patriots closed out the game going 13-16 from the line in the Quarter. Hunter Haddix had his lone basket of the game on a corner 3, and Damron was 10-10 at the line.

NEXT: Knott will face Hazard on Sunday at 4:00 PM in the Regional Title game. BSN will carry the game live on the BSN Facebook Page.