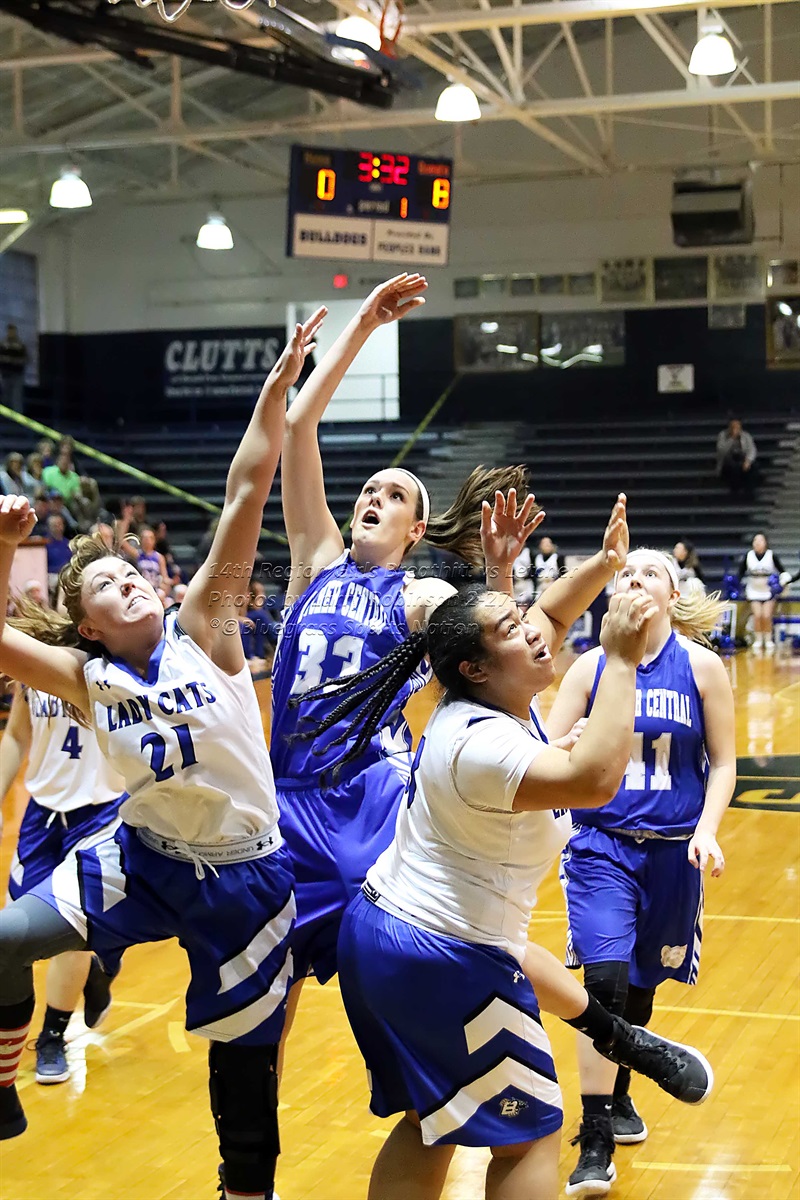 By: David Leveridge-  Blogger for the 14th Regional Basketball Tournament.

The second game featured the  Owsley County Lady Owls (winner of the 56th district) From Booneville, KY, taking on the Leslie County Lady Eagles (runner up of the 54th district) form Hyden, KY.  Both games had exciting moments, but ultimately both games were decided by large margins.  In the First game of the Region Letcher County Central advanced over the Breathitt County Lady Cats.  The second game was won by the Leslie County Lady Eagles over the Owsley County Lady Owls.  Both district champions went down in tonight’s opening round, and the 2 runner ups are one step closer to representing the 14th Region in the Girls KHSAA State Basketball Tournament , played next week in Bowling Green, KY.

Letcher Central was in control of the game from the opening tip of the Region.  Letcher Central Scored the first 8 points of the game, Breathitt Come out flat and was unable to score the ball.  Breathitt finally scored  2 points with 1:37 seconds remaining in the first quarter.  Soon after the Lady Cats Scored, Letcher extended the lead to 9 points from a 3 point basket by Letcher Central.  At the end of the first Quarter Letcher maintained a 10 point lead with a score of Letcher Central 14, Breathitt County 4.  Letcher maintained a 10 point lead for most of the second quarter, the Breathitt Lady Cats couldn’t find there scoring in the first half.  Letcher hit on several free throws.  Breathitt County did mount a come back cutting the deficit to 8 with 1:15 remaining in the half.  Breathitt was able to score another basket in transition off the Brewer made lay up , but Letcher Countered with a 3 point basket, right before time expired in the half.

Second game Recap :  Leslie County Press wears down the Lady Owls,: Owsley County Gibson has 39 points but not enough to advance in the region.

Scoring for the game :