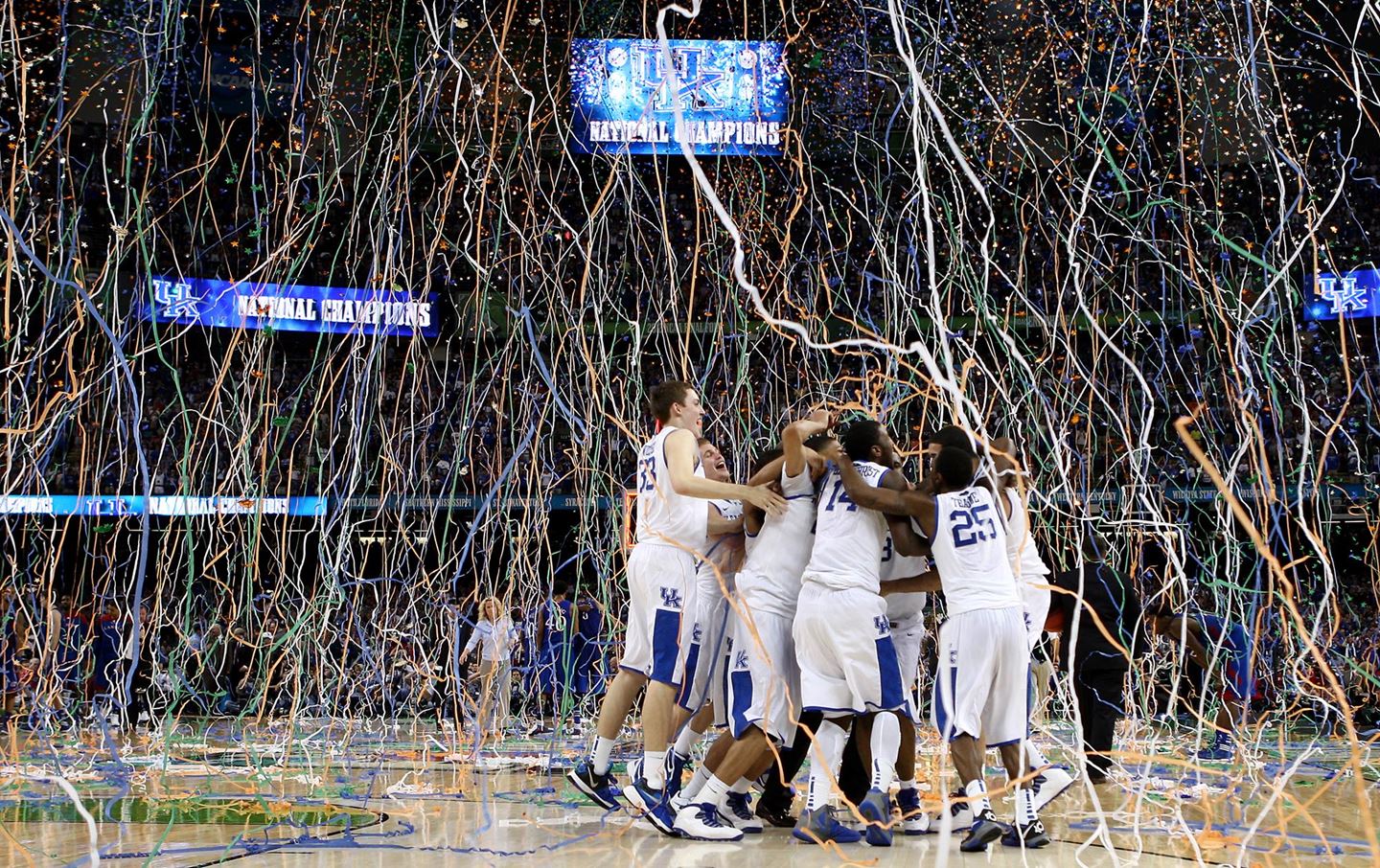 LEXINGTON, Ky. – The Kentucky men’s basketball program led college basketball in the 2010s in NCAA Tournament wins, Final Four appearances and NBA Draft picks. According to the Associated Press, the Wildcats also featured the best team of the decade.

As the 2010s came to an end Tuesday, the Associated Top 25 panel voted the 2011-12 UK men’s basketball team the best college basketball team of the decade. The 26-member panel released its results on Wednesday with Kentucky edging the 2017-18 Villanova championship team.

The Wildcats appeared on 21 of the ballots.

The 2012 national championship team was dominant in every sense of the word. En route to a 38-2 season, the Wildcats captivated the nation with a smothering defense, unselfish play, depth, balance and talent. Led by freshman Anthony Davis, the 2012 team snapped a 14-year title drought with the program’s eighth national championship.

Davis, who won all but one of the major national player of the year awards, was the most dominant player in the country, not because of his offense – which was still superb – but because of his defensive abilities and rebounding prowess. The 6-foot-10 forward set a school record for blocked shots with 186, in addition to averaging a team-best 14.2 points and 10.4 rebounds per game.

The national championship game by Davis underscored the story of the 2012 Wildcats. Although Davis was just 1 for 10 from the floor, he was named the Final Four Most Outstanding Player after taking over the championship game vs. Kansas with 16 rebounds, six blocks and three steals.

Of course, Davis had plenty of help. Five other players on the team were selected in the NBA Draft just a few months later, including Michael Kidd-Gilchrist – arguably the emotional heartbeat of the team – who would later make history with Davis by becoming the first college teammates to go 1-2 in the draft.

Senior Darius Miller, sophomores Terrence Jones and Doron Lamb, and freshman Marquis Teague provided an unstoppable cast that lost its two games by a combined eight points, one of which was on a buzzer beater.

Memorable victories included a December showdown with preseason national title favorite North Carolina, avenging the first loss of the season with a victory over Indiana in the Sweet 16 and defeating archrival Louisville in the Final Four.

The championship marked John Calipari’s first and was a part of four Final Four appearances in five seasons, one of just three schools to accomplish that feat.

Of the six NBA Draft picks on the 2012 national championship team, three are still playing in the NBA with Davis becoming an annual NBA All-Star selection and MVP candidate.