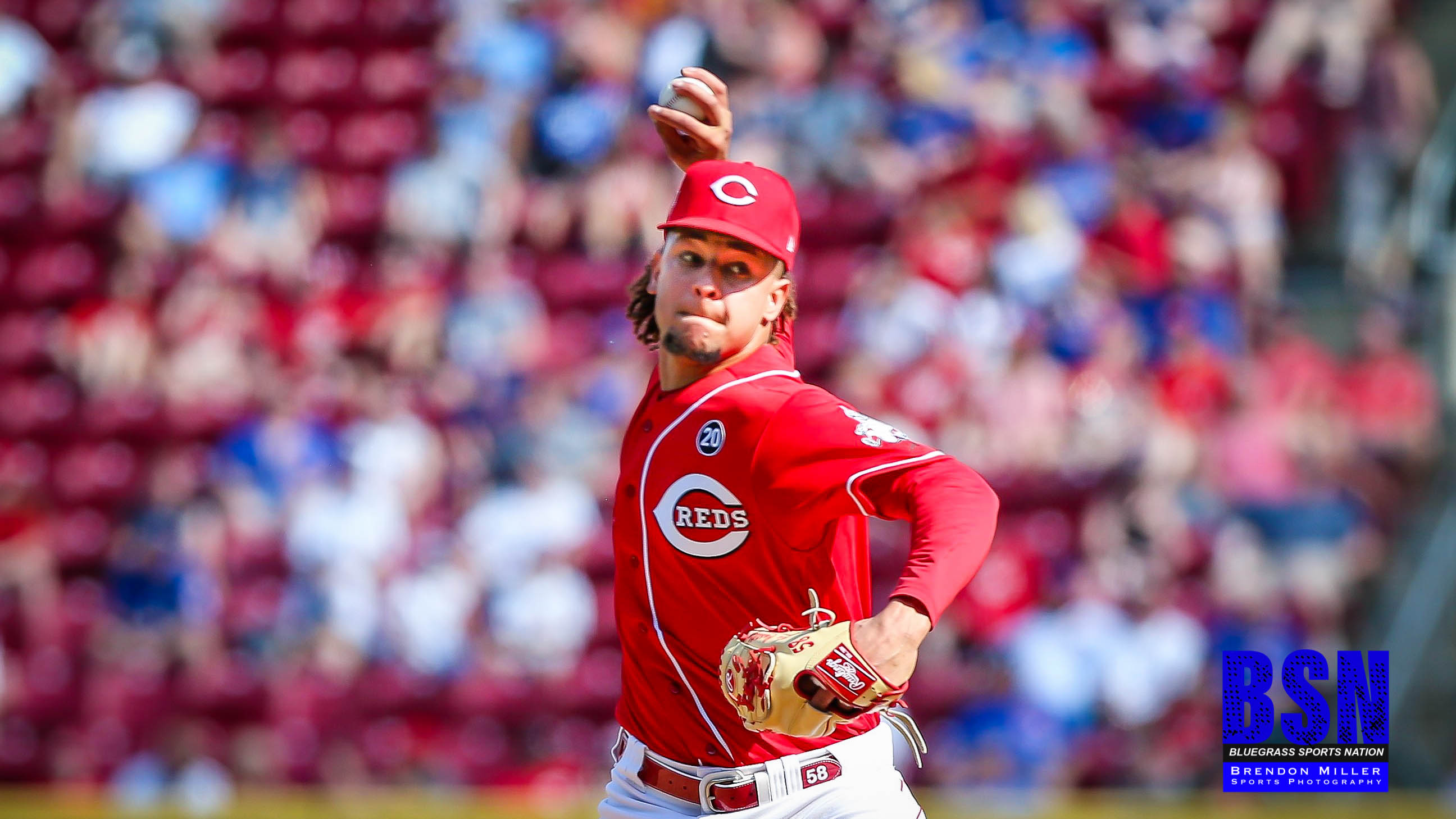 This was perhaps the perfect weekend for the Reds to welcome the Chicago Cubs to Great American Ballpark for a three-game series.

Not that there’s ever an ideal time to face one of the National League’s top clubs, but if Cincinnati is going to start creating some buzz as a darkhorse contender, this series represents a good platform.

The Reds played their 80th game of the season on Saturday, falling 6-0 to the division-leading Cubs. It was a disappointing day for the home team on a sweltering 93-degree afternoon that saw 41,360 — the second-largest crowd of the season — squeeze elbow to sweaty elbow in GABP.

Chicago made sure its fans — legions of longtime Harry Caray disciples in Ryne Sandberg jerseys and Johnny Come Latelys in their Anthony Rizzo gear who may or may not be able to identify Ernie Banks  — went home happy as starter Carlos Quintana (5-7) earned his first win since May 5 by tossing six scoreless innings, and star shortstop Javier Baez broke the game open with an eighth-inning grand slam after Reds ace Luis Castillo handed the game over to a Cincinnati bullpen that was not up to the task.

It was a tough loss for Cincinnati on two fronts. The Reds had taken Friday night’s opener 6-3 to pull within 5.5 games of the Cubs in the NL Central, likely contributing to the huge crowd on Saturday. Having their best pitcher on the mound, it seemed like a golden opportunity for the Reds to shave another game off Chicago’s lead.

Another missed opportunity in what has become a season of them.

Castillo, for his part, has been consistently brilliant, but the Reds have won only two of his last seven starts. In four of those, the 26-year-old right-hander from the Dominican Republic allowed two or fewer runs. So, in offering Castillo no run support on Saturday, the Reds lost a chance to pull within 4.5 games of the Cubs. There’s something about 4.5 that looks, sounds and feels different than 6.5 in the standings. The latter starts to look daunting even though it’s just two games difference.

On Sunday, a key game looms. It’s Game 81 for the Reds, who currently reside in the basement of the NL Central at 37-43. That has basically been Cincinnati’s home since 2015, and this was supposed to be the year that a methodical rebuild allowed it to move out.  The official midpoint of the MLB season and the looming July trade deadline presents a challenge to Reds ownership. Are they buyers or sellers? Will they look to bolster the roster with a player or two that could possibly help them contend, or will they use potential trade chips like Yasiel Puig, Tanner Roark, Raisel Iglesias, Scooter Gennett and  Derek Dietrich in an effort to continue adding young talent to the rebuilding effort.

As of today, it’s hard to tell which direction the Reds may go. Since their 1-8 start to the season, they are essentially a .500 club — a couple of steps up one week, a couple of steps back the next. The last two weeks have been a perfect summation: a six-game winning streak, followed by losing five of six.

That kind of up-and-down performance could ultimately place the Reds in the last place they want to be this time next month: No Man’s Land.