CATS Look to Soar Past Eagles 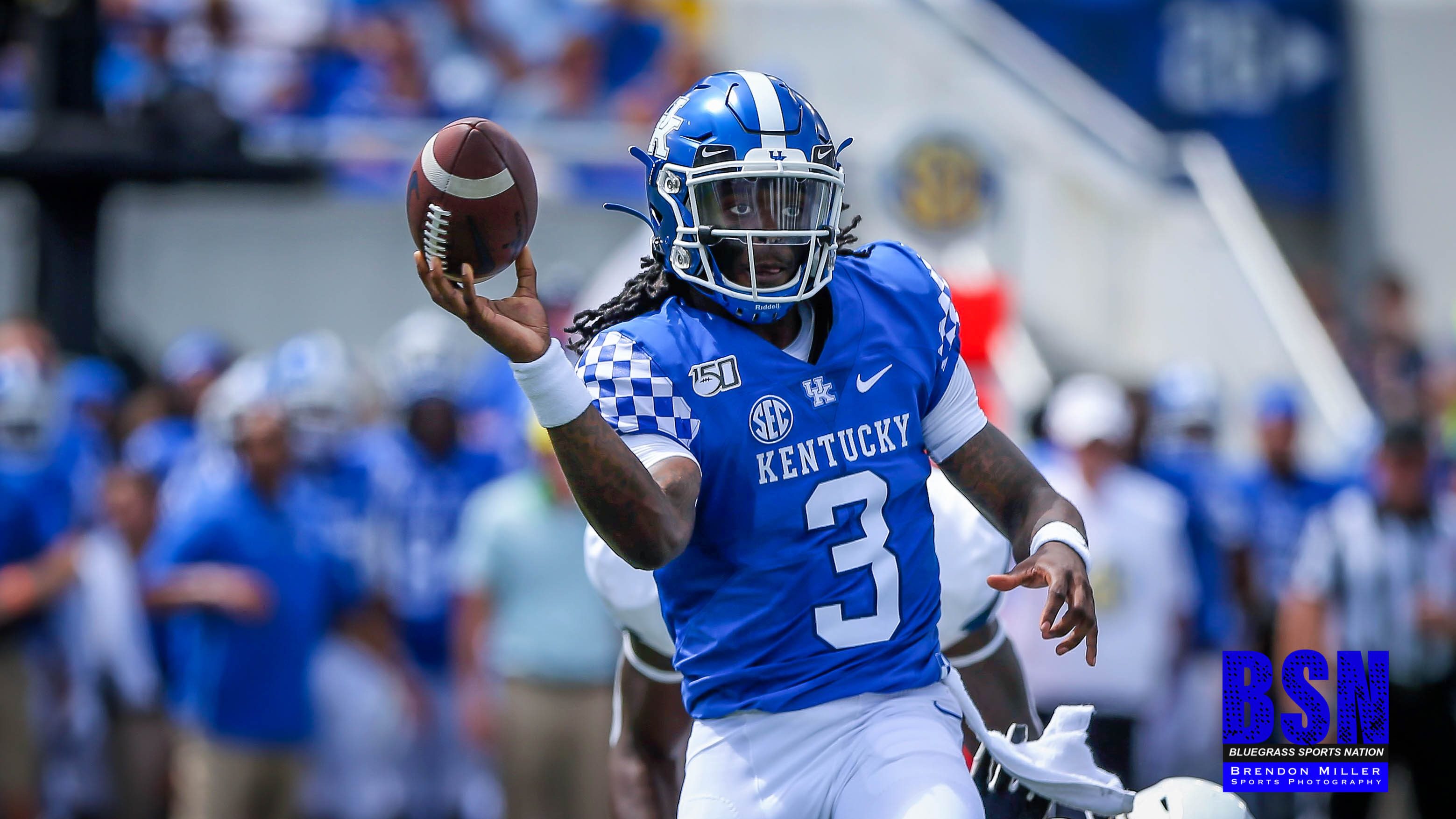 The CATS look to get Second win to open season.

On Saturday, the Kentucky Wildcats will host the Eastern Michigan Eagles. Just like last week, Kentucky is going up against a sneaky good team from the Mid-American Conference. Despite this, ESPN’s Football Power Index gives Kentucky a 92.3% chance of winning the game.

Kentucky is 1-0 coming off a 38-24 victory in a home game against the Toledo Rockets. The Cats only attempted seven passes in the first half, and went into halftime tied 14-14; however, in the second half Kentucky opened up the offense, going 14 for 19 through the air for 190 yards and two touchdowns.

Kentucky played well on both sides of the ball against the Rockets. Offensively, Terry Wilson passed for 246 yards and two touchdowns while going 19 for 26. Entering last week, the receiving corps was largely unknown with the exception of Lynn Bowden. However, Wilson was able to spread the ball to a variety of playmakers as eight different players recorded a reception. Among those eight was Ahmad Wagner who had three catches for 57 yards. Wagner who is 6’5” 234lbs, poses a big target for Wilson and a big problem for defenses. With other wide receivers playing well besides Bowden and Wagner, for the first time in a long time, the Cats seem to have no concerns at wide receiver.

On Monday, Mark Stoops had this to say about the play of his offensive line, “I thought they did some really good things, there’s obviously some things that we need to clean up.” Stoops went on to talk about the running backs as well, “I thought the running backs did some really good things, but they missed several runs as well. … It’s nothing that can’t be fixed.”

Stoops gave similar responses to questions about the defense, but this quote from Stoops was essentially the theme of Monday’s press conference: “After watching the film, I’m very encouraged because I thought there’s a lot of things we did well and a lot of mistakes we made, but the mistakes can be corrected so that’s encouraging.”

As for Kentucky’s opponent on Saturday, Eastern Michigan started their season last week in a road game against the Coastal Carolina Trojans. The Eagles owned the third quarter, 16-0, and were able to obtain a 30-23 victory. Eastern Michigan quarterback Mike Glass III played particularly well as he went 20 for 22 with 188 passing yards, three passing touchdowns, and one rushing touchdown. Glass’ QBR against the Trojans was 91.4.

At his press conference this week, Coach Stoops had only positive things to say about Eastern Michigan, “They’re another good football team from the MAC, very well coached, and very similar in that way. Eastern beat Toledo a year ago. We know Toledo was a good team.” Coach Stoops went on to mention the game in 2017 against Eastern Michigan where the Cats won by only four points, as well as the importance of his team getting back to work.

Eastern Michigan’s most impressive win last season came on the road against Purdue. The Eagles were able to defeat the Boilermakers 20-19 in the second game of the season for both teams. Purdue finished the year 6-7, but they did defeat Ohio State at home 49-20. The point here being, while the Cats are heavy favorites going into Saturday’s game, they still have to go earn the victory. You can’t just assume a victory. If you don’t believe me, ask Tennessee.

Game time is Saturday night at 7:30. The game will air on an SEC Network alternate channel. BSN will provide full coverage of the game with coverage of the Cat Walk, in-game updates, post game articles, and plenty of pictures from the game. BSN coverage team of Brendon Miller, Ty Back and Bradley Charles.