Quickley Has No Regrets Coming Back for a Second Season 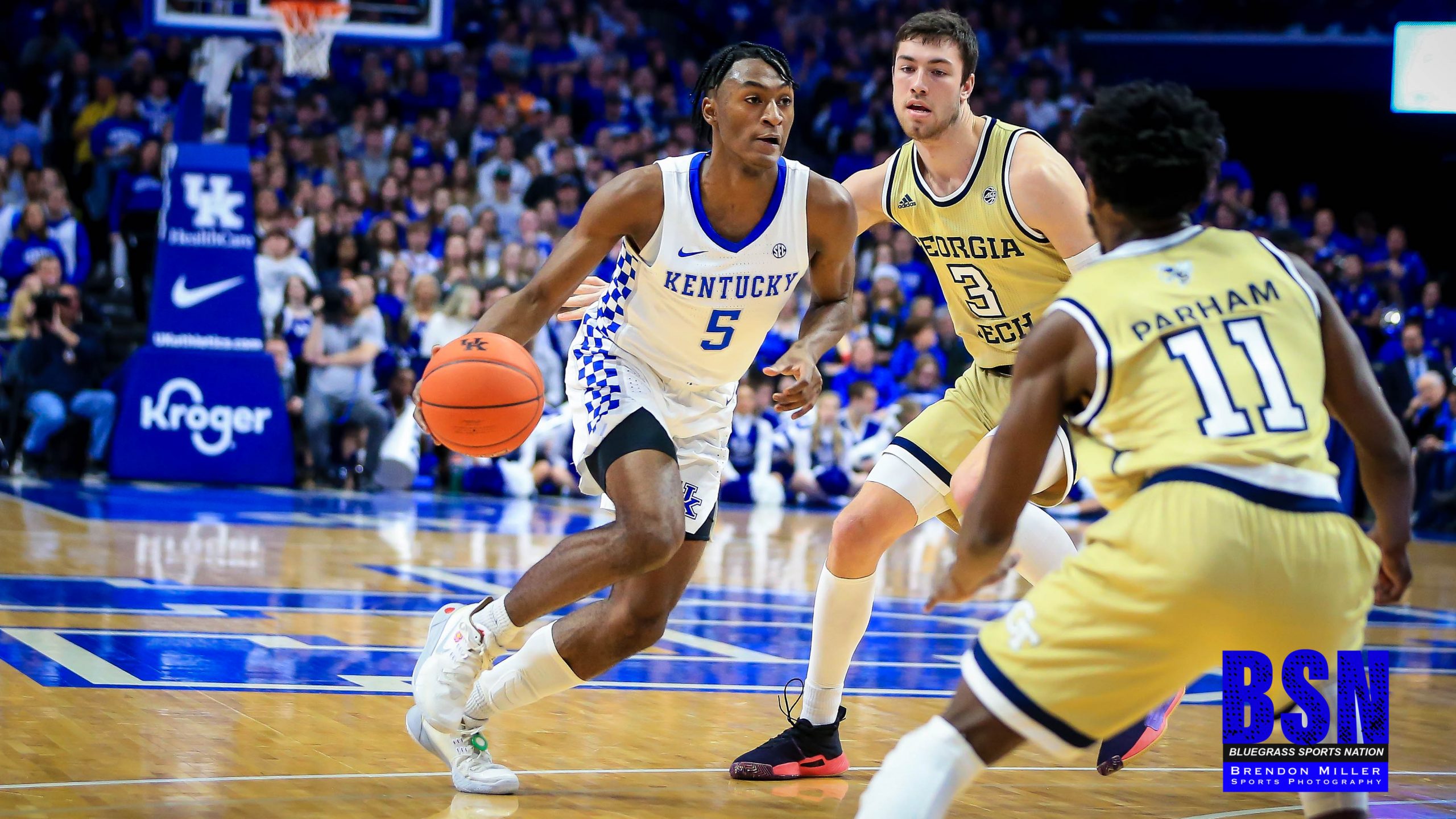 Immanuel Quickley has no regrets coming back for his sophomore season.

“I’ve said that multiple times, I’m so glad I came back,” he said. “Even at the start of the season coming back into my sophomore year, not even basketball-wise, but it’s great because now I really know where all my classes are, I know time management, I know when I need to be places and just simple things like that. I’ve just gotten more comfortable on and off the floor, which is beneficial to me and my teammates. I’m able to look out for everybody.”

His experience is starting to show and Quickley was named Southeastern Conference Player of the Week Monday after leading the Wildcats to a pair of victories during the past seven days. Quickley averaged 17 points and made eight of nine shots from long range in the Wildcats’ wins over Georgia and Alabama, respectively.

In Kentucky’s 76-67 win over the Crimson Tide Saturday, Quickley scored five points down the stretch including a clutch 3-pointer to help the Wildcats remain undefeated three games into the conference portion of the season.

The sophomore guard’s performances haven’t been a surprise to his teammates.

“(He is) super hot,” Kentucky forward EJ Montgomery said. “He has been knocking down a lot of shots and he has been having a lot of fun.”

“If he shoots 5 of 6 from three, I am not sure who is better than that in the country,” the Alabama coach said. “You know, he goes 5 of 6, there is probably a reason he played 34 minutes (against us.)”

Quickley added that playing games at Rupp Arena are a big help.

“I just love playing at home honestly, the rims at Rupp (Arena) are great, the crowd’s been great,” he said. “I like playing on the road, too but it’s always good to be home.”

“Tyrese (Maxey) is still learning — he still makes high school plays,” the Kentucky coach said. “(He) drives baseline, throws a bounce pass to Nick (Richards). To Nick? Seven-foot, head-on-the-square? You throw a bounce pass, so the other guards can go in there and grab it? ‘Well, he was open. Oh, my gosh. Stop. Sit. You’re all right.’”

CATS CLIMBING
Kentucky moved up four spots from No. 14 to 10th in this week’s Associated Press Top-25 poll released Monday.

The Wildcats (12-3) carry a four-game winning streak into Wednesday night’s game at South Carolina in Columbia. Kentucky is ranked ahead of Louisville, which is No. 11 this week. League-leading Auburn (15-0, 3-0) is ranked No. 4 in the poll.