A Tale of Two Palookas!! 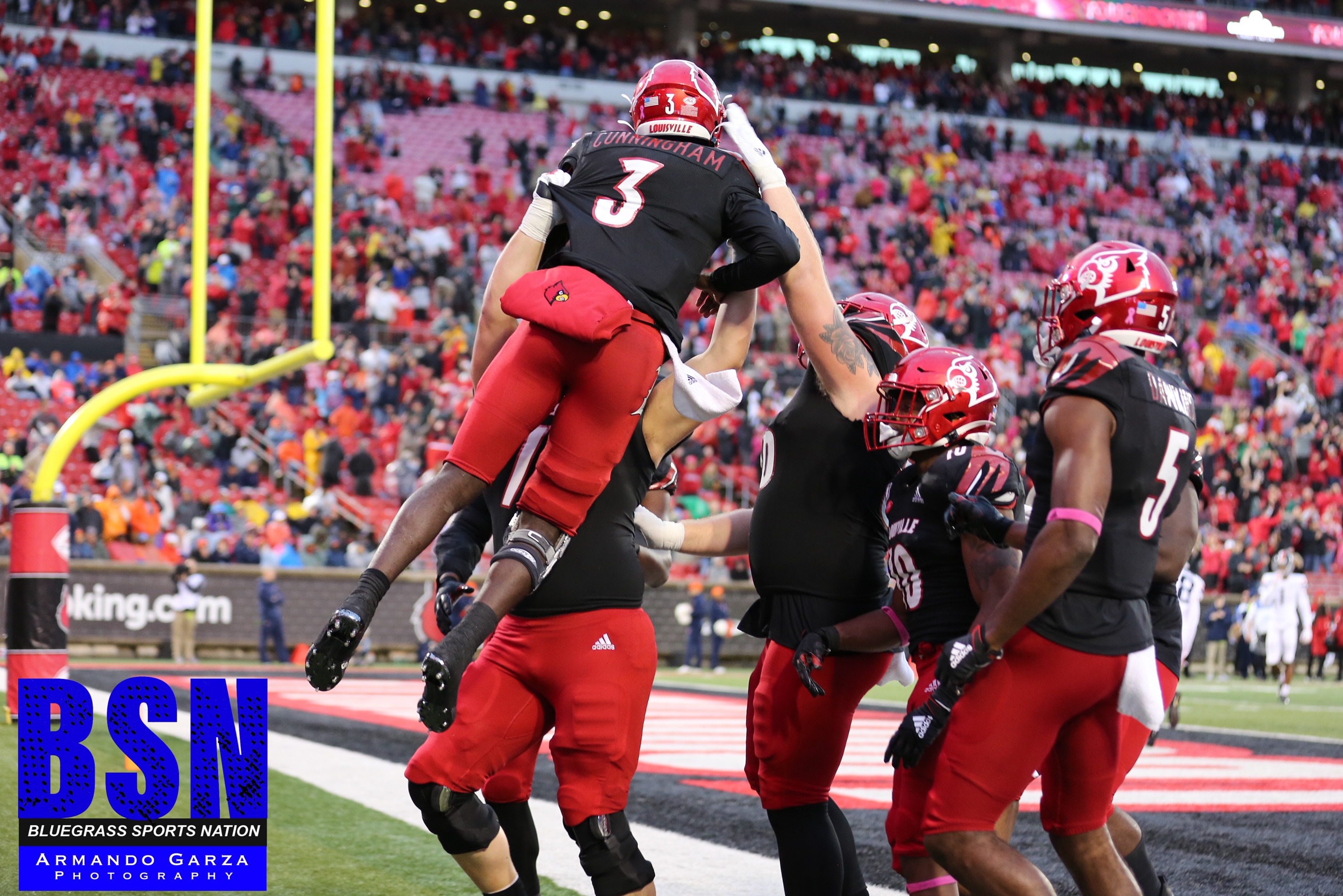 Probably one of the truer things this particular reporter has ever heard said, was said about “the boys” in Vegas. You know the ones; they run the casinos, run the sports-book, set gaming odds, and allow you to eat and drink on the cheap banking on your losing big-time at their tables and in their casinos.

I was at a casino one time about to play black-jack when a buddy asked me what in the world I was doing. I told him not to worry,“I have a system.” Well, that should have assured him, I reasoned.  He looked at me and said, “Fletcher, these boys don’t own every building in this town because some palooka from Hopkinsville, Kentucky can beat them with his ‘system.’”

Well, coming into Louisville’s Homecoming game, a game where someone in the athletic department believed it preferable to play a tough Virginia Cavaliers team in a break from finding some patsy to paste, it looked like the guys who owned the tall buildings believed Virginia was a little better than Louisville. That was the opinion of the experts, if you will.

The last odds I checked had the 5-2 Cavaliers giving the 4-3 Cardinals, at home and on Homecoming, 3.5 points. Having been always told the home-field was worth 3-points alone to odds-makers, that meant Vegas believed the Cavaliers to be about a TD better than our Cardinals, at least on a neutral field.

Those same experts believed Virginia to have a 65% chance, pre-kickoff, of beating the Cardinals. Well, it appears head coach, Scott Satterfield, is a bit of a gambler himself. He appears ready to bet on this Cardinal football team. That bet is looking surer all the time.

Satterfield rolled the dice taking over a program which appeared to be in steep decline. He rolled the dice in leaving a cushy job at Appalachia State, where he was doing swimmingly by the way, to take a head job in the high-stakes, high-pressure world of FBS, power-5 football. He rolled the dice scheduling for Homecoming a Virginia team which, as it turns out, is quite a bit better, in 2019, than most expected they would be.

However, about the time Cunningham completed a little under-handed forward toss to TuTu Atwell that the electrifying performer took 77-yards to the house, the longest TD pass and catch the Cardinals had recorded since 2009 in its game with Southern Mississippi, people started to wonder whether those guys in Vegas really did know anything, after all.

After knotting the score at 7s, the Cardinal defense forced a punt from Virginia’s Nash Griffin, from his own 19-yard line, where the Cardinals believed they were sure to get back the football, in the second quarter, with both good field position and a chance to take the lead. Then “The Punt” happened. I call it “The Punt” because I don’t know that I have ever seen a punt change the momentum and entire complexion of a half of college football play any more completely than Griffin’s 78-yard effort.

Nash Griffin punted the football 78-yards, gave the Cardinals the football on its own 7-yard line, flipped the field, and kept the game played completely on Louisville’s side of the 50-yard-line the remainder of the first half. Evan Conley, who played QB the lion’s share of the 2nd Quarter, after Cunningham had played much of the first, spun his wheels at the controls of the Cardinal offense like a car with bald tires mired in Mississippi-mud.
Just like that, Louisville appeared to dig a hole out of which they would find it difficult to climb. Just like that, they would take a deficit into halftime with Virginia coming out of the half-time locker room with the football and a lead. Just like that, the odd-makers were looking like they knew exactly what they were doing.

Then Louisville brought Micale Cunningham back into the game. The dynamic of Cunningham’s dual-threat component to his play loosened up the Virginia defense, gave Hawkins room to work, and got Louisville back into its Homecoming game.

Then after a fumble at the end of the 3rd quarter set up Louisville at the 34-yard line with possession to take into the 4th quarter of a tied ballgame, Cunningham kept it and raced into the end zone for his 9th career TD rushing and staking his Cardinals to a Homecoming lead, over the favored Cavaliers, they wouldn’t relinquish the rest of the way.

Cunningham looked to have found a “system.” Cunningham seemed to have found Louisville’s offensive answer to a very good Cavalier defense. Cunningham made the odd-makers look pretty silly, on Saturday at Homecoming, in Louisville, Kentucky. Cunningham, behind 126-yards passing and 97-yards rushing, with some help from Hawkins, who would gain 136-yards rushing in 28 carries with 2 TDs for his fifth 100+ yard rushing effort of this, his historic freshman season, would show the odds-makers that, maybe, they weren’t so infallible after all.

From seat 22, on the middle-row, of the press-box, it appeared to this reporter that while a palooka from Hopkinsville, Kentucky can’t beat Vegas with his system, that doesn’t mean a Sophomore palooka QB from Montgomery, Alabama can’t.

This is your Louisville Cardinals correspondent, reporting for Bluegrass Sports Nation, reminding Cardinal Nation to PLAY THROUGH THE WHISTLE!