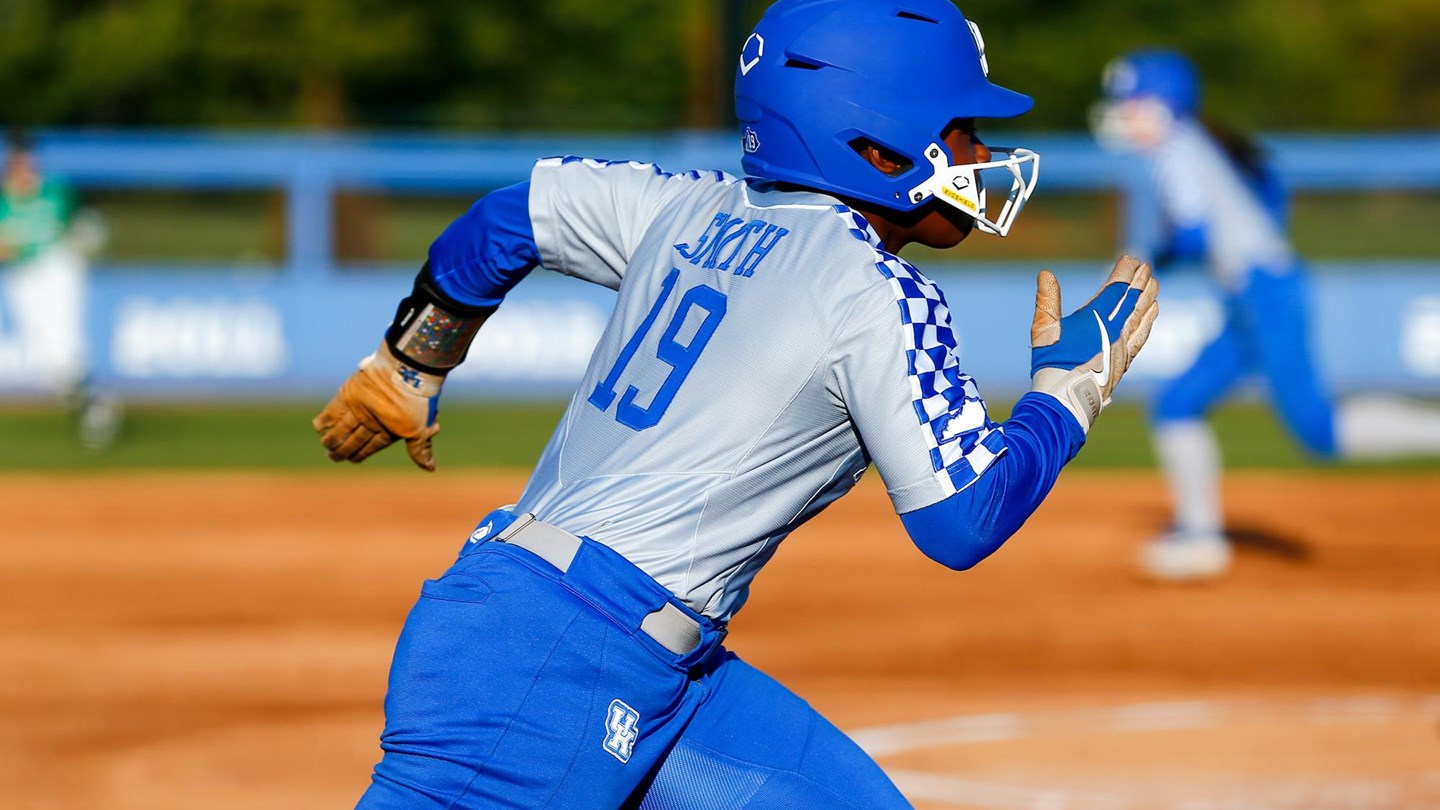 The No. 12 Kentucky Softball team swept the UNC Greensboro in a doubleheader on Friday afternoon thanks to a grand slam from senior pitcher Autumn Humes and two home runs from junior Renee Abernathy to go along with stellar outings from pitcher Grace Baalman and Humes in the circle.

With the two wins, Kentucky improves to 5-0 on the season for the second year in a row, marking the program’s first-ever back-to-back 5-0 start in UK Softball history.

The Carolina Swing for UK continues on Saturday and Sunday in the Campbell Invitational at Buies Creek, as the Wildcats will open up play Saturday at 2 p.m. ET against NC Central.

Game 1 – Kentucky 7, UNC Greensboro 2
Key Stat
17. Senior pitcher Grace Baalman faced 17 Spartan batters before allowing a hit, as she picked up her second win of the season in the circle. Baalman went six complete innings only allowing a pair of runs on three hits with a pair of strikeouts.

Key Player
The key player in the game was Lauren Johnson. Johnson broke the seal on the game with a two-out, two-RBI triple into left center in the top of the fourth inning to score Erin Coffel and Miranda Stoddard. In the game, Johnson was 2-for-3 with 3 RBI.

Key Play
The key play was Mallory Peyton’s two-run home run in the top of the fifth inning to put UK up 6-0. It was Peyton’s third long ball of the season.

In the top of the sixth inning, Rylea Smith hit her first-career home run to put the Wildcats up a baker’s dozen on the Spartans. UK 7, UNCG 0

UNCG scored twice in the bottom of the sixth on two home runs.
FINAL – Kentucky 7, UNCG 2

Game 2 – Kentucky 14, UNC Greensboro 4
Key Stat
4-4. Catcher Kayla Kowalik went 4-for-4 on the game with four runs scored, marking the second time that Kentucky has had a player collect four hits in a game this season. (Erin Coffel vs. Samford)

Key Player
Autumn Humes was the key player in the game, going 2-for-4 at the plate with a grand slam in the second inning, as well as picking up the win in the circle. Humes went three innings, allowing three earned runs on six hits and striking out three batters.

Key Play
The key play was Stephanie Schoonover’s game-ending strikeout, as she collected her first two K’s in her first outing as a Wildcat and got a strikeout to end the game.

Run Recap
Renee Abernathy started the nine-run second inning with a solo home run. Kowalik drove in two with an RBI single, before a pair of runners were forced in via walks. That was followed by a pitching change, and a grand slam from Autumn Humes. All in all, UK sent 12 batters to the plate in the inning, scoring nine runs on five hits. UK 9, UNCG 0

Kentucky slammed two runs on the board thanks to a two-run home run from Erin Coffel, her second long ball of the season, in the top of the third. UK 11, UNCG 3

In the top of the fourth, UK played add-on with a lead-off first-pitch home run from Renee Abernathy followed by pinch runners Vanessa Nesby and Erica Thulen scoring on an RBI single from Rylea Smith. UK 14, UNCG 3

UNCG scored a run in the fourth on an RBI double.
FINAL – Kentucky 14, UNC Greensboro 4