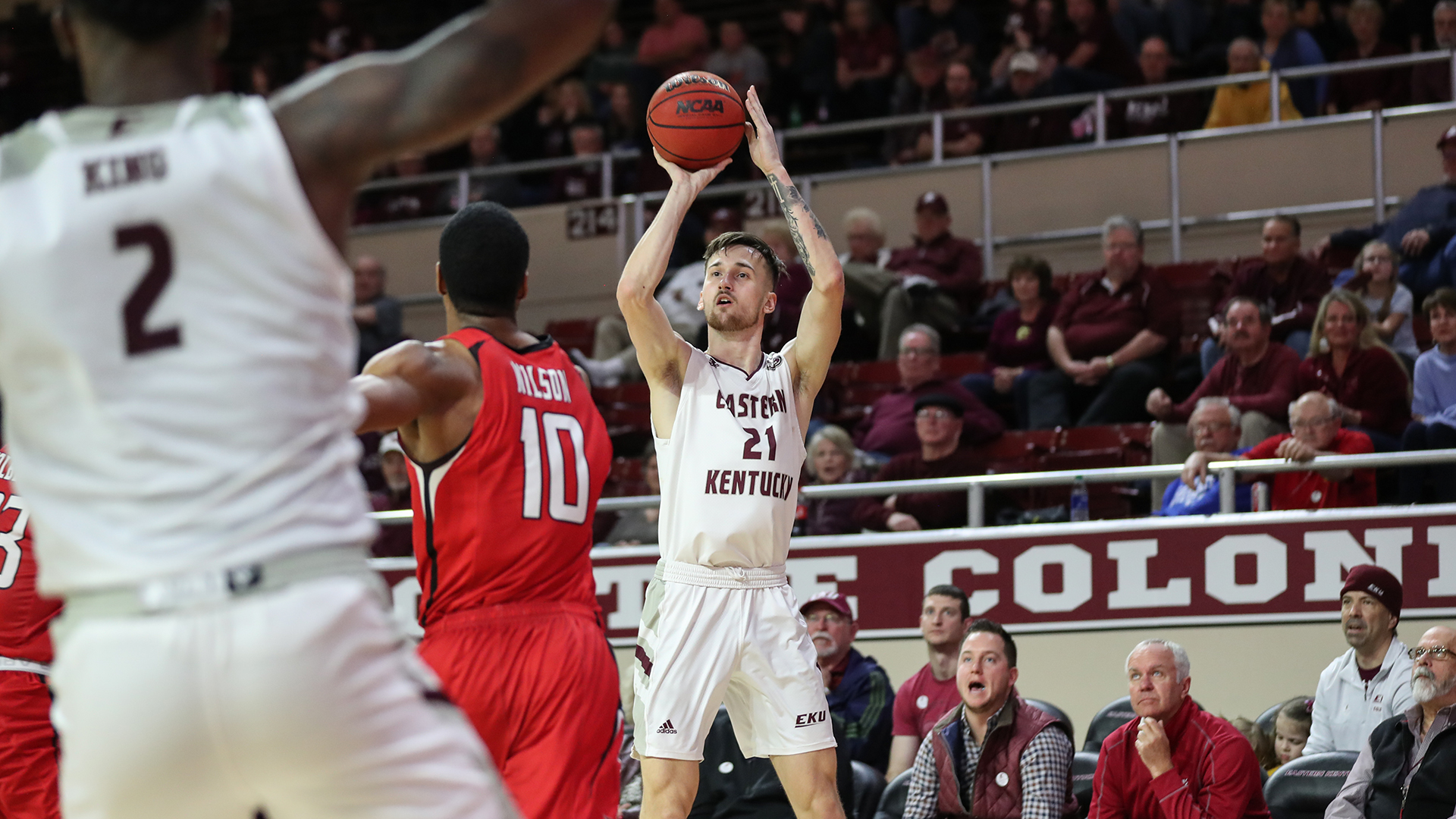 Lachlan Anderson hit a career-high six 3-pointers to lead the Eastern Kentucky University men’s basketball team to a 70-57 win over Southeast Missouri State University on Saturday at McBrayer Arena.  At 8-2 in the Ohio Valley Conference, the Colonels are off to their best start in league play in 41 years.

The last time EKU started conference play with eight wins in 10 games was during the 1978-79 season.  That squad began the OVC schedule with a 9-2 mark.

Anderson came off the bench to make 7-of-13 shots from the field, including 6-of-12 from behind the arc.  He finished with a game-best and season-high 20 points.

After Nygal Russell put in a lay-up to draw Southeast Missouri to within six, 54-48, with 8:53 left in the game, Eastern rolled off a 12-4 run to put the contest out of reach.  Jomaru Brown hit five free throws and Anderson nailed a pair of 3-pointers during the run.  Anderson’s long ball from the right wing with 2:44 left in the game put the Colonels on top 66-53.

The first half featured an exchange of long runs by each team.  Trailing by three, Eastern used a 13-0 run to take a 10-point lead, 21-11.  Anderson scored eight of the 13, hitting a pair of 3-pointers and landing a put-back dunk.

Later in the half, the Redhawks rolled off a 12-2 run to turn a 10-point deficit into a tie game.  A dunk by Jordan Love capped the run and knotted the score 31-31 with 25 seconds showing on the clock.  Ty Tayler buried a 3-pointer at the buzzer to send the Colonels to the locker room in front 34-31.

Eastern Kentucky eased out to an eight-point lead in the second half before SEMO closed within five midway through the period.  A pair of 3-pointers on back-to-back possessions by Anderson stretched the lead to nine, 54-45, with 10:13 remaining.  The Redhawks immediately closed the gap to six before EKU put the game away with its 12-4 run.

The Colonels shot 39 percent from the field for the game and 31 percent (10-for-32) from 3-point range, but turned 18 Southeast Missouri turnovers into 23 points.

The Colonels take to the road for a pair of games in Illinois this coming week.  The trip begins at Eastern Illinois on Thursday at 8:30 p.m. ET.