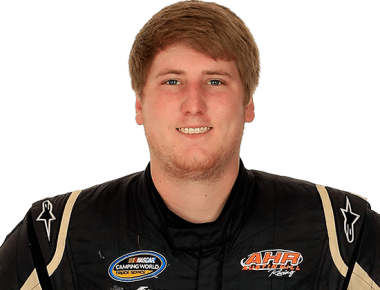 DAYTONA BEACH (Feb. 15, 2019) – Austin Hill won an action-packed NextEra Energy 250 on Friday night at Daytona International Speedway, as the season-opening race for the NASCAR Gander Outdoors Truck Series was extended to “NASCAR Overtime.” For Hill, the 24-year-old driver of the No. 16 CHIBA Toyopet Toyota, it was his first career victory in the series. He edged runner-up Grant Enfinger (No. 98 Grant Power Equipment Ford) by 0.278 seconds. Ross Chastain (No. 45 TruNorth Chevrolet) finished third.

A late-race multi-truck incident necessitated the overtime that took the finish to 111 laps – 11 laps beyond the scheduled distance on the 2.5-mile tri-oval. The first restart in OT was on Lap 106. An incident in Turn 2 again brought out a caution. The second OT restart was on Lap 110. Hill cagily fended off his challengers to get his first victory in 51 truck series starts.

“This truck was fast,” Hill said. “I knew we had a truck that could compete. It got a little scary there at the end. I thought [Enfinger] was gonna get me. He had a big run but we were able to protect it. “I can’t believe I got my first win at Daytona. This is surreal.” The race was divided into three stages of 20, 20 and 40 laps. In the first stage, polesitter Christian Eckes (No. 51 Sirius XM Toyota) relinquished the lead on Lap 2 to Sheldon Creed (No. 2 United Rentals/A.M. Ortega Chevrolet). Creed went on to lead the remaining 19 laps to win the stage. The second stage was dramatically different; Johnny Sauter (No. 13 Tenda Heal Ford) took the win with a stirring Lap 40 charge to the line.

DAYTONA Speedweeks Presented By AdventHealth continues Saturday as the NASCAR Xfinity Series opens its season with the NASCAR Racing Experience 300 (2:30 p.m.; TV–FS1; Radio–MRN, Sirius XM NASCAR Radio). Rookies Chase Briscoe and Justin Haley led the race’s practice sessions on Friday. Briscoe (No. 98 Nutri Chomps/Chewy.com Ford) had a fast lap of 196.455 mph in the first session. Haley (No. 11 LeafFilter Gutter Protection Chevrolet) led the second, at 189.581. Qualifying is set for Saturday morning at 9:40, with a singlecar/two-round format. Also Friday, two practices were held for Sunday’s 61st annual DAYTONA 500, the season-opener for the headlining Monster Energy NASCAR Cup Series. Former series champion Kyle Busch, still seeking a victory in “The Great American Race,” topped the first session with a 200.285 mph lap in the No. 18 M&M’s Chocolate Bar Toyota. The second session was led by Paul Menard, at 200.758 in the No. 21 Motorcraft/Quick Lane Tire & Auto Center Ford. There have been a total of four DAYTONA 500 practices; the fifth and final practice is scheduled for Saturday (12:05-12:55 p.m. ET). The starting lineup for the DAYTONA 500 was finalized on Thursday night after the Gander RV Duel, two 150- mile/60-lap races that determined starting positions 3-40 for the DAYTONA 500. The front row was “locked in” on Feb. 10 with DAYTONA 500 Qualifying Presented By Kroger, as William Byron (No. 24 Axalta Chevrolet) and Alex Bowman (No. 88 Nationwide Chevrolet) qualified 1-2. Two former DAYTONA 500 champions, Kevin Harvick (No. 4 Busch Beer Car2Can Ford) and Joey Logano (No. 22 Shell Pennzoil Ford), won the Duel events and will start third and fourth, respectively, on Sunday. Logano is the reigning Monster Energy Series champion.