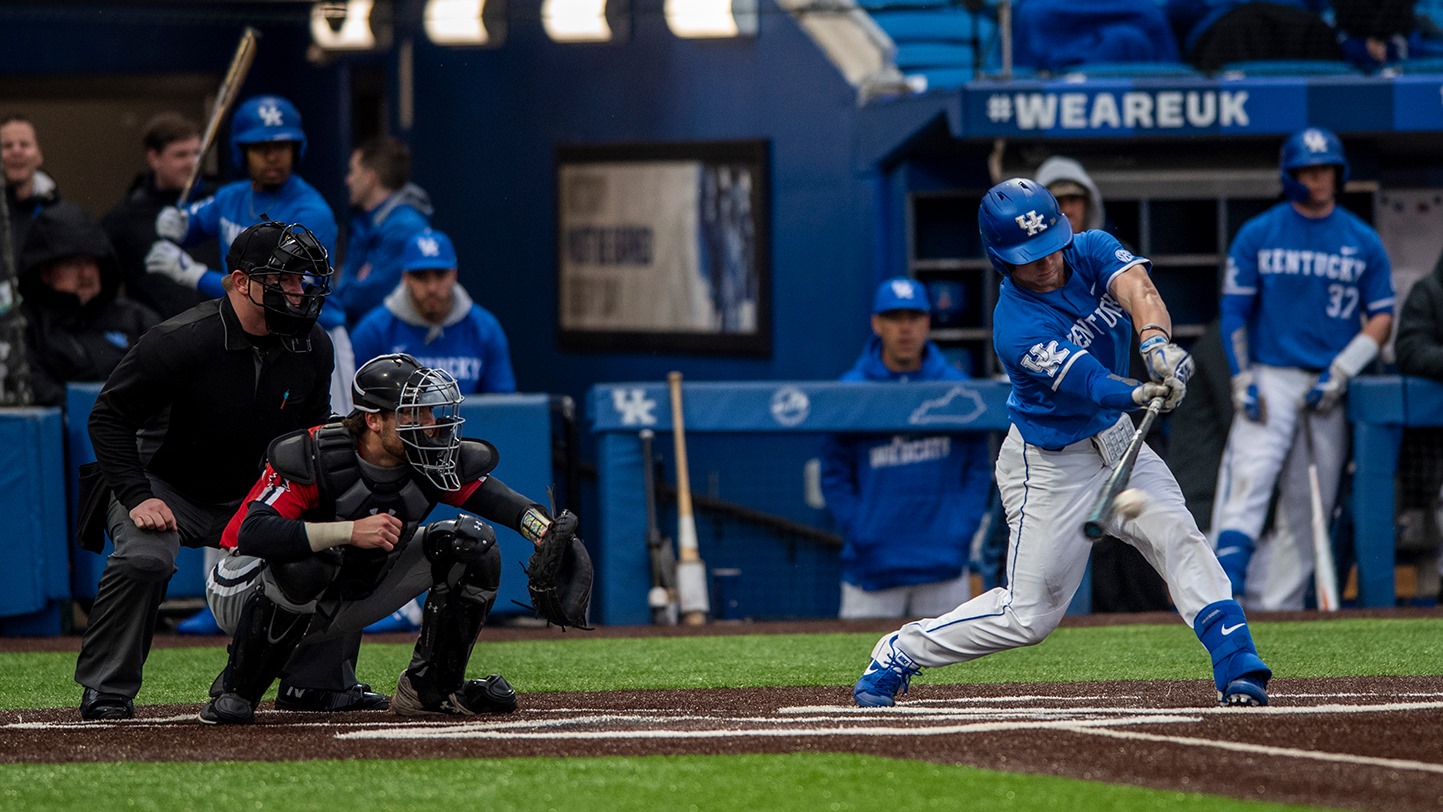 The sophomore drives in four runs, falls just a triple short of hitting for cycle

Schultz, a sophomore infielder from Adams, Nebraska, narrowly missed hitting for the elusive cycle, falling just a triple shy of the feat. He plated a run in four separate at bats, including his first home run of the season, a towering blast into the UK bullpen in left field. He also delivered RBIs on a single, ground rule double to right field and groundout in going 3-for-4 to extend his streak to 17 consecutive games reaching base safely.

The Cats (1-3) jumped on SEMO right away, putting up single runs in both the first and third innings. After the Redhawks played small ball to take the lead in the top of the fourth the Cats rallied to reclaim the lead on Schultz’s fifth-inning homer and tacked on a four-run eighth to put the game out of reach.

Freshman infielder John Rhodes put his prodigious talent on display, going 2-for-4 with two runs, a triple over the centerfielder’s head and two RBI. He also made a diving snare at third base of a line drive destined for a hit.

On the mound, junior right-hander Daniel Harper earned the win in relief before watching sophomore’s Cole Daniels and Alex Degen allow just one hit and strike out five over the final 2.2 innings. Degen earned his first career save with four punchouts in 2.0 innings.

Bottom 3rd – Anu was hit by a pitch, moved to second on Collett’s groundout and scored on a Schultz single to CF. UK 2, SEMO 0.

Bottom 8th – Coltyn Kessler doubled to CF and scored on Schultz’s ground-rule double to RF. Shelby was hit by a pitch. Cam Hill grounded out to move up both runners. Rhodes tripled to CF, scoring Schultz and Shelby. Rhodes scored on Grace’s SAC fly. UK 9, SEMO 4.

ON DECK
The Cats open weekend series against Appalachian State at Kentucky Proud Park on Friday, Feb. 21 at 4 p.m. ET. The game will be aired on SECN+. The radio call will be on the UK Sports Network.