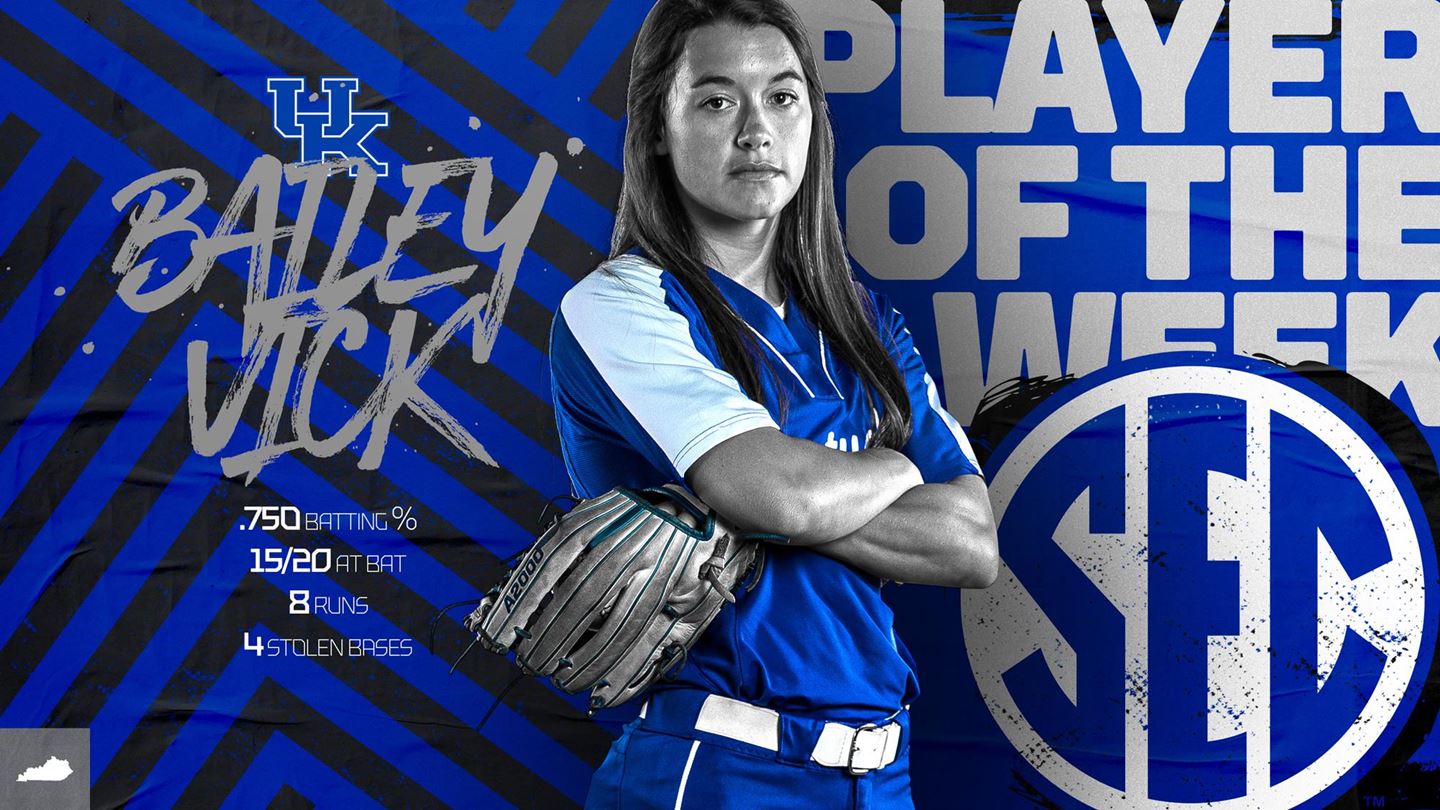 LEXINGTON, Ky. – Paducah, Kentucky native Bailey Vick was named the Southeastern Conference’s Co-Player of the Week on Monday after hitting .750 this week at the plate, with 15 base hits in her 20 official at bats.

Vick recorded hits in her first 11 at bats of the Samford Tournament, as she hit .788 on the weekend, including a 5-for-5 game against Georgia Tech, setting a new career high for most hits in a game.

Vick stole four bases on the week, collected a pair of walks and scored eight runs.

The senior left fielder also leads Kentucky on the season, and is now batting .605 on the year through the first three weekends of non-conference play.

This is Vick’s first SEC Player of the Week award, and third weekly award from the conference office in her four years as a Wildcat. She was named to the SEC All-Freshman Team in 2017 and SEC Freshman of the Year twice.

Single-game and season tickets are available now through the UK Ticket Office by visiting the Joe Craft Center or by visiting UKathletics.com/tickets. UK opens its home season on Saturday, March 7 against Texas A&M at 2 p.m. ET.