Balanced Attack Leads Kentucky Past Idaho State in First Round 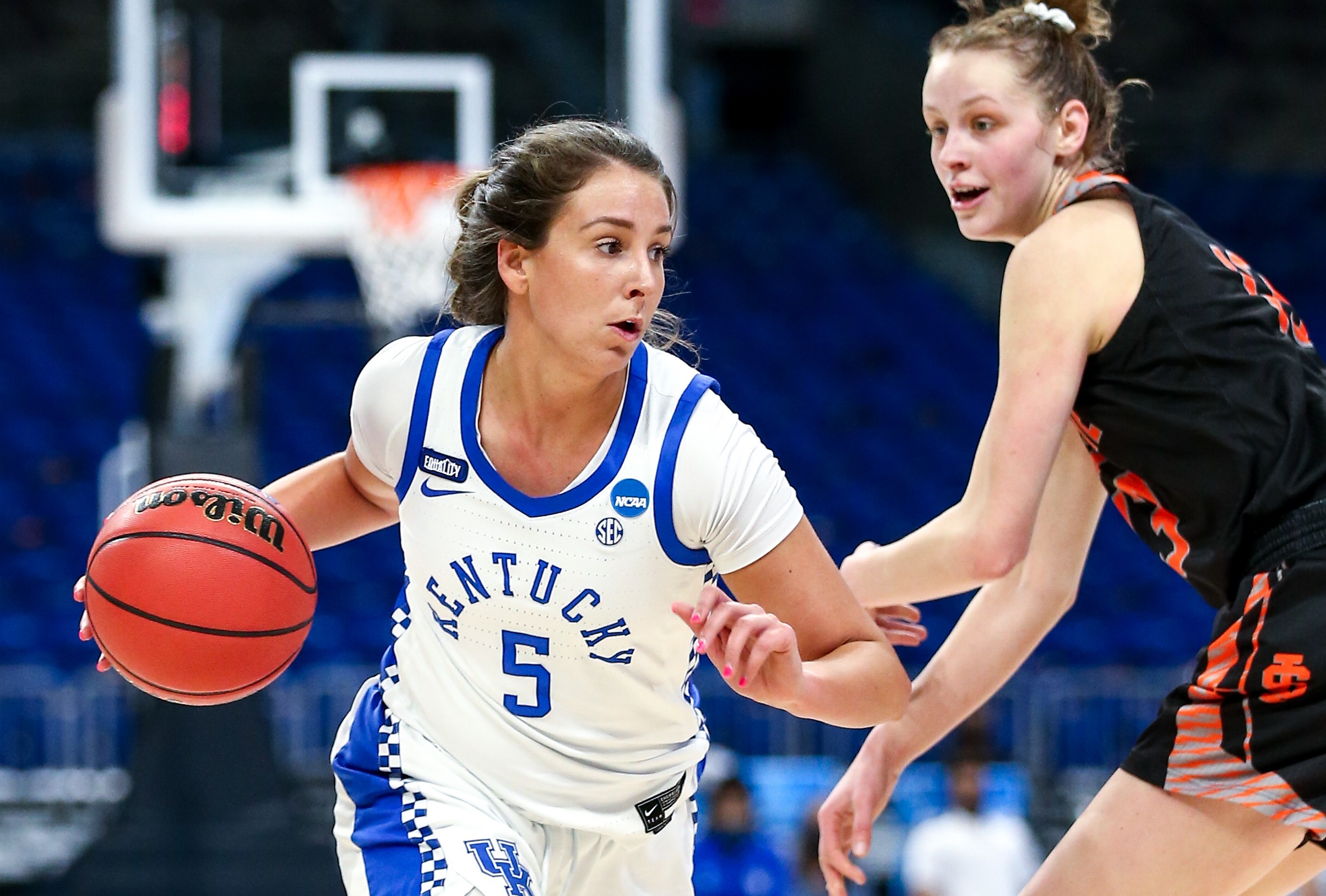 SEC Player of the Year Rhyne Howard had 14 points, nine rebounds, five assists and four steals as the fourth-seeded Kentucky women’s basketball team beat 13th-seeded Idaho State 71-63 on Sunday in the first round of the NCAA Women’s Basketball Tournament.

Kentucky (18-8) advances to the second round and will face Iowa on Tuesday.

The Cats got a huge effort from its reserves in Sunday’s win. The UK bench accounted for 29 points compared to just eight for Idaho State. Kentucky won the battle of the boards 45-33, helping to overcome a subpar shooting day (38.1 percent).

Kentucky got on the board first when Chasity Patterson hit a jumper. Idaho State answered with a Diona Konate basket to tie the game at two. KeKe McKinney then hit a three to give UK a 5-2 lead but Idaho State scored the next nine points, six by Konate, to lead 11-5 with 6:10 left in the first.

After an Edwards three got the Cats within 11-8, Idaho State scored the next seven to lead 18-8. Kentucky would get a pair of free throws from Edwards and a Howard layup to cut the lead to 18-12, which would be the score after one period.

Patterson started the second-quarter scoring with another mid-range jumper, cutting the deficit to four. After Idaho State got a pair of free throws from Ellie Smith, the Cats got a basket from Jazmine Massengill and a three from Tatyana Wyatt and another Massengill basket to lead 21-20.

Idaho State would take the lead back on an Estefania Ors basket but Kentucky answered on a Blair Green layup to lead 23-22. After the Bengals took a 24-23 lead, Kentucky got a three from Green and four straight from Howard to lead 30-24. That would be the halftime score after Kentucky outscored Idaho State 18-6 in the second quarter. Konate led all scorers with 10 in the first half. Howard had six to lead Kentucky.

In the third quarter, Kentucky scored the first four points, on a Patterson jumper and a Howard layup, to lead by double digits for the first time, 34-24 and to force an Idaho State timeout. After the break, Kentucky continued the streak on a Green layup before Ors scored inside for Idaho State to snap a 13-0 UK run.

Howard would nail a right-wing three to give the Cats a 39-26 lead with 4:45 left in the period. After Idaho State got a Tomekia Whitman layup, Kentucky got layups from Edwards and Wyatt to lead 43-28. UK would hold a 47-31 lead after three periods.

Kentucky stretched the lead to 20, 51-31, early in the fourth quarter after Patterson hit a three, then made one of two at the line on UK’s next possession. However, Idaho State would not go away quietly. The Bengals scored the next 10 points to cut UK’s lead to 51-41 with 6:21 to play. Kentucky stopped the run on an Edwards layup with 5:57 to go, part of an 8-1 run the extended the lead back to 59-42 with 4:57 to play.

With Kentucky leading 69-53, Idaho State went on one last run, scoring seven in a row to cut the lead to 69-60, but only 14 seconds remained in the game. Emma King would hit a pair of free throws with 10 seconds left before Idaho State got a three at the buzzer to provide the final margin.