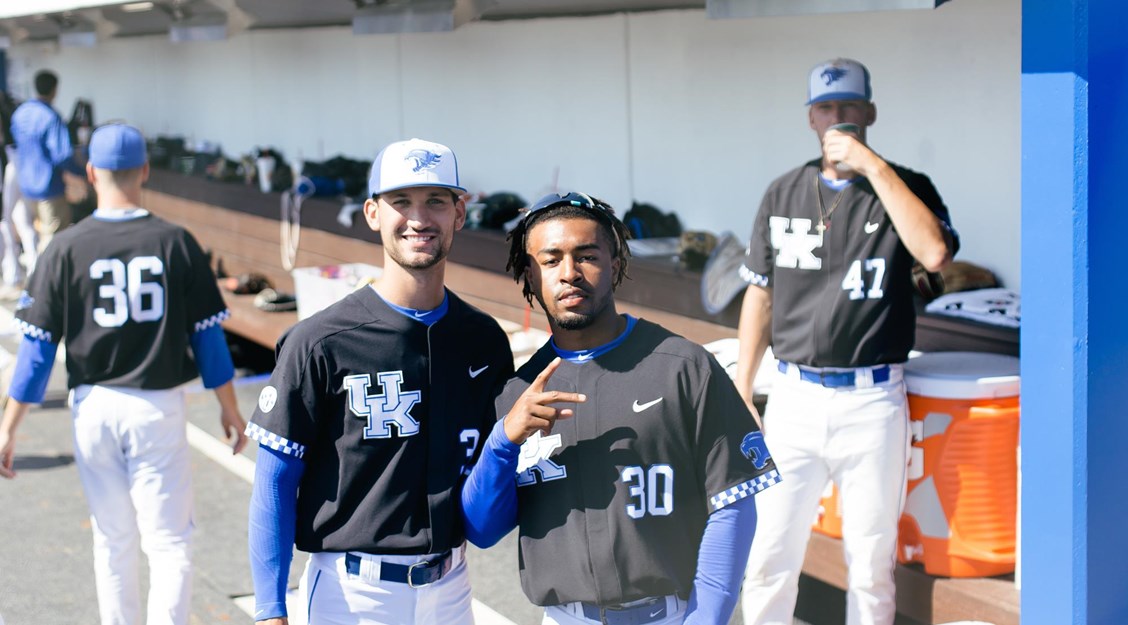 LEXINGTON, Ky. – (Madison Dennis) The love of baseball for America’s pastime starts at a young age for any hopeful baseball player. Jaren Shelby and Carson Coleman’s bond started over a glove, ball, and a bat on the same diamond when they were both four years old. Years later, the love of the game continues to bond the UK teammates.

Shelby and Coleman were both born and raised in Lexington. They attended high schools six miles away from each other – Coleman at Lexington Catholic High School and Shelby at Tates Creek High School. Their paths didn’t cross every day but neither did they stray too far from each other.

The friendship between the two started when they played on the baseball field during t-ball and little league in Lexington’s Southeastern league. The two went on to play together on all-star teams and ended up on the same Kentucky Baseball Club travel team.

“Definitely when we started, we were real close when we were four and then t-ball, and then Southeastern,” Shelby said. “It’s just been a bond that’s lasted this long.”

After playing together for nearly their entire lives, the two were separated for the first two seasons of their college careers. Coleman came to UK, but Shelby opted to attend the State College of Florida before transferring back to Lexington to become a Wildcat.

The relationship between the two is a greater bond beyond your average pair of teammates.

Shelby had similar thoughts about their friendship.

“It means a lot. You know it was nothing that was planned, it just happened that our paths just began to stay together like that,” said Shelby. “You know he’s one dude that will always be there for me.”

Their relationship has grown through their journey together.

“It just makes us closer knit,” said Coleman.  “The biggest thing with baseball is a lot of people always say just whether or not you’re a team that has really good, really personable players. If the team is really close and you got a guy like Jaren, that kind of stuff goes a long way when it comes to baseball.”

They are hoping their journey together does not have to end at Kentucky.

“We kind of joke around with each other that maybe the draft would work out that we both be able to share the opportunity again,” said Coleman.

The love of baseball that paired Coleman and Shelby together as kids, will continue to strengthen their bond long after the last pitch has thrown.