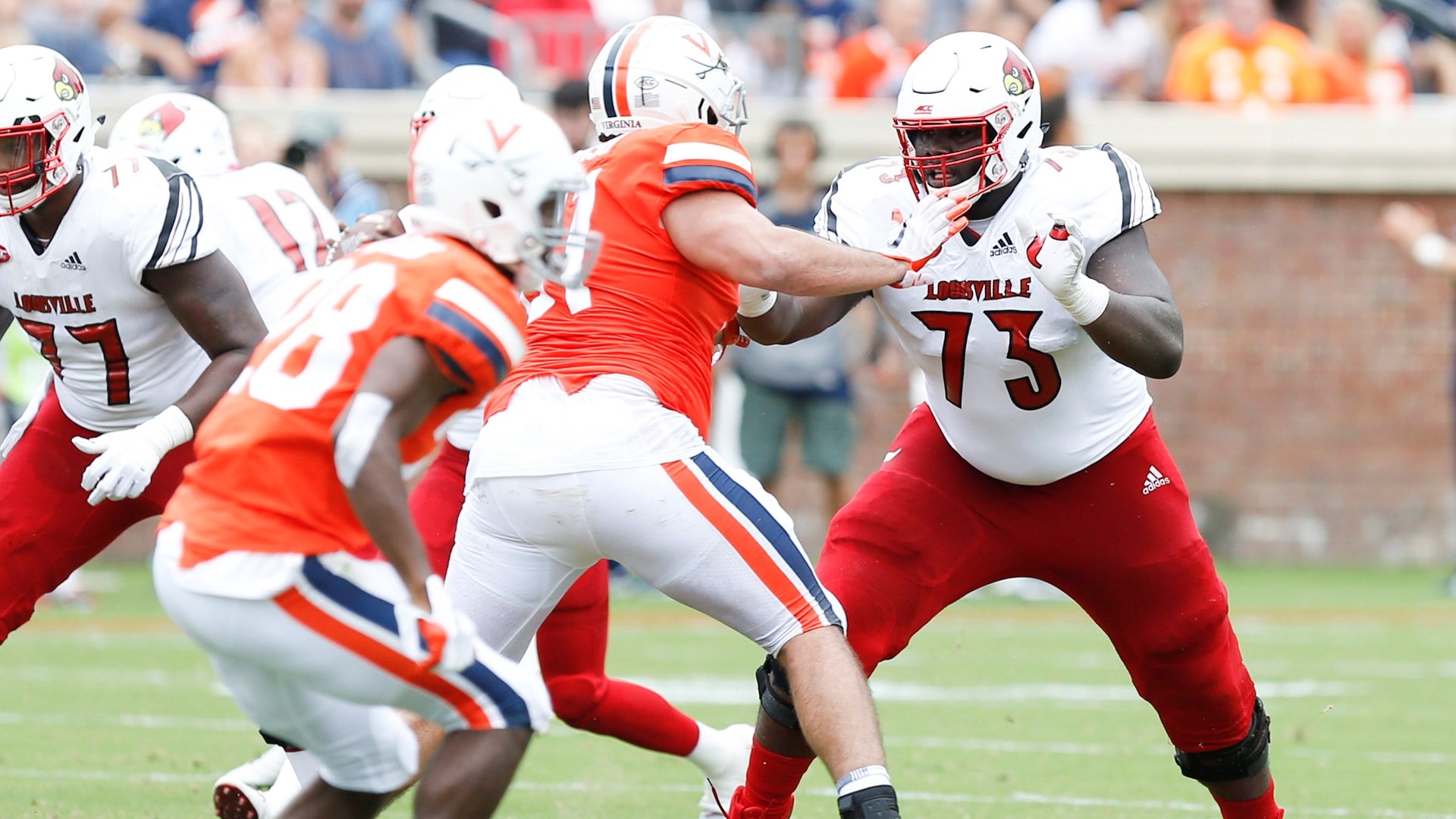 Louisville has won the honor for the first time since officially joining the league in 2014.

“I’m really proud of Mekhi and extremely happy for him because of all the hard work he put into this season,” Louisville head coach Scott Satterfield said. “Mekhi has had a tremendous year and deserves this outstanding recognition as one of the top blockers in this prestigious conference. He has been a leader for our offensive line and our offense as a whole, and to be recognized for his accomplishments by members of this league is a great honor for Mekhi.  To be the first Louisville player to win the Jacobs Blocking Trophy is truly a testament to type of person and player Mehki has been this season.”

The Jacobs Blocking Trophy has been awarded annually since 1953 to the player voted the most outstanding blocker in the ACC by a poll of the league’s head coaches and defensive coordinators. The trophy is given in memory of William P. Jacobs, who served as president of Presbyterian College from 1935 to 1945.

Becton, a 6-foot-8, 370-pound junior from Highland Springs, Va.,, has started 33 games at offensive tackle for the Cardinals and was named ACC Offensive Lineman of the Week on Oct. 7 after his performance in the 41-39 victory over Boston College. He graded out better than 80 percent in eight games and registered over 60 knockdown blocks to help the Cardinals finish the regular season at 7-5 and 5-3 in the ACC — a turnaround of five games from a year ago.

Becton has been a dominating force in Louisville’s resurgent offense. The Cardinals finished the regular season having one of the nation’s top offenses in 2019. He has paved the way for Javian Hawkins to rush for 1,420, the school’s first 1,000-yard season by a running back since Bilal Powell in 2014 and the third-best total by a freshman in league history.

The Cardinals rushed for over 200 yards in eight of 12 games, including a pair of 300-yard contests.

The third-year junior leads a Louisville offense that ranks third in the ACC in rushing (214.2), fifth in total offense (442.1) and fourth in scoring offense (32,7).

Becton will be recognized at the ACC Legends Banquet on Friday night in Charlotte, N.C.