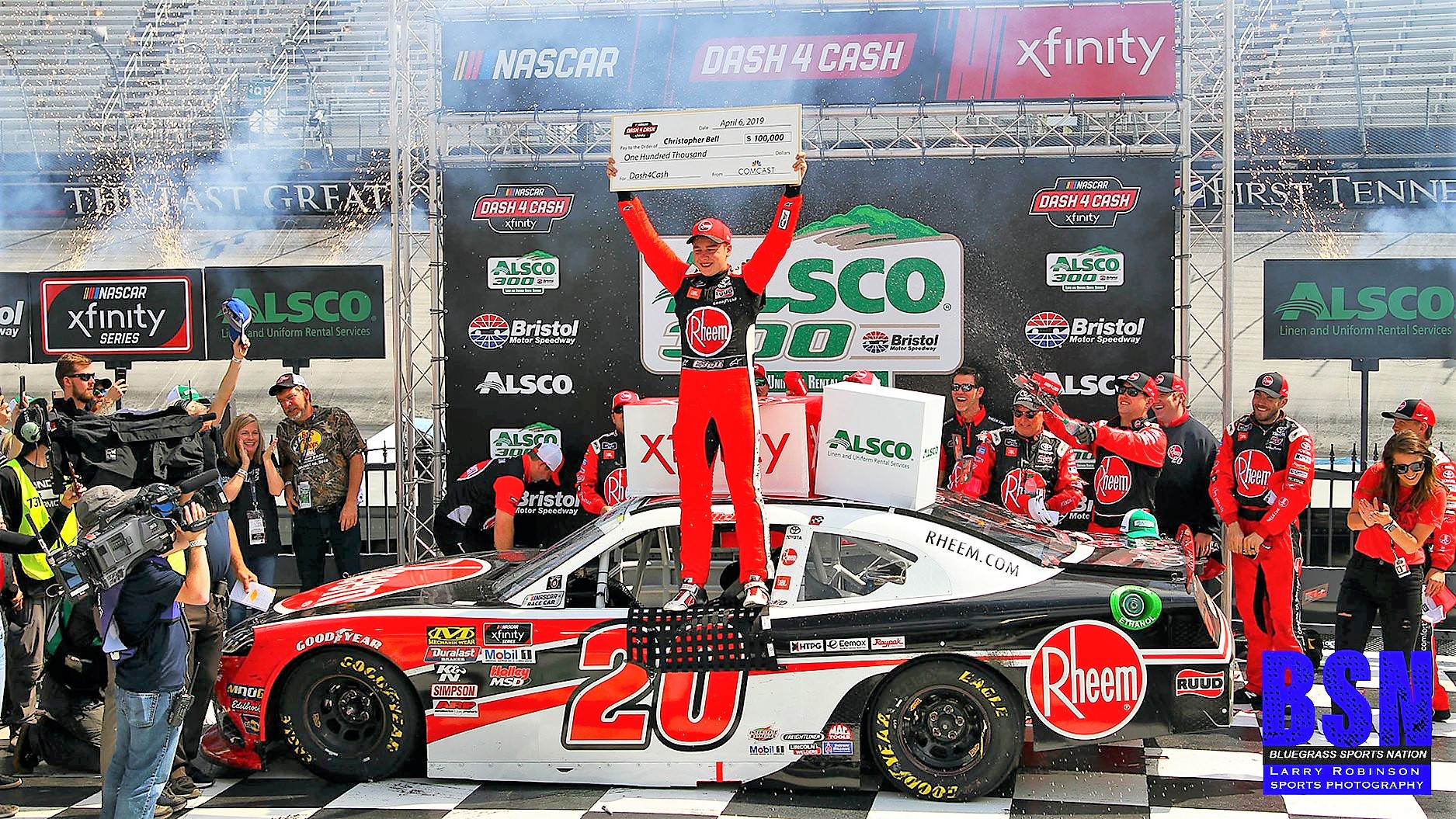 Christopher Bell took the lead from Brandon Jones with less than 20 laps remaining to capture the Alsco 300 NASCAR Xfinity Series race and picke up a cool $100,000 bonus check for his efforts.

Bell, driver of the No. 20 Joe Gibbs Racing Rheem Toyota, was one of a quartet of drivers competing for the series’ Dash 4 Cash bonus. The other eligible drivers finished close behind – Tyler Reddick finished second, Chase Briscoe finished fourth and Michael Annett was eighth.

“That’s pretty cool to get my first win here with the Dash 4 Cash bonus,” Bell said in Victory Lane. “Gibbs Racing has a really, really good package at Bristol, but for whatever reason, we struggled to find that. I didn’t feel good basically all practice and didn’t qualify good.”

Reddick, driving the Childress No. 2 Chevrolet, was second in both the first and second stages and then was the runner-up at the finish. After leading 61 laps, he mistakenly thought the first stage had ended, and the hesitation while still under green allowed Justin Allgaier to shoot past for the stage win.

Allgaier, in the No. 7 Chevrolet, won two stages and led 138 of the race’s 300 laps, but during a heated battle up front among himself, Bell, Reddick and Custer, Allgaier’s began to experience problems. Later he was forced to pull his car behind pit wall with an engine issue.

The top four finishers — Bell, Reddick, Custer and Briscoe — will be eligible for the $100,000 bonus next week at Richmond Raceway. The program will continue in subsequent races at Talladega Superspeedway and Dover International Speedway.

Jones inherited the lead when he did not pit after Harrison Burton brought out the caution flag at lap 261. With nearly 80-lap old tires, Jones still managed to hold Bell and the others at bay for nearly 20 laps.