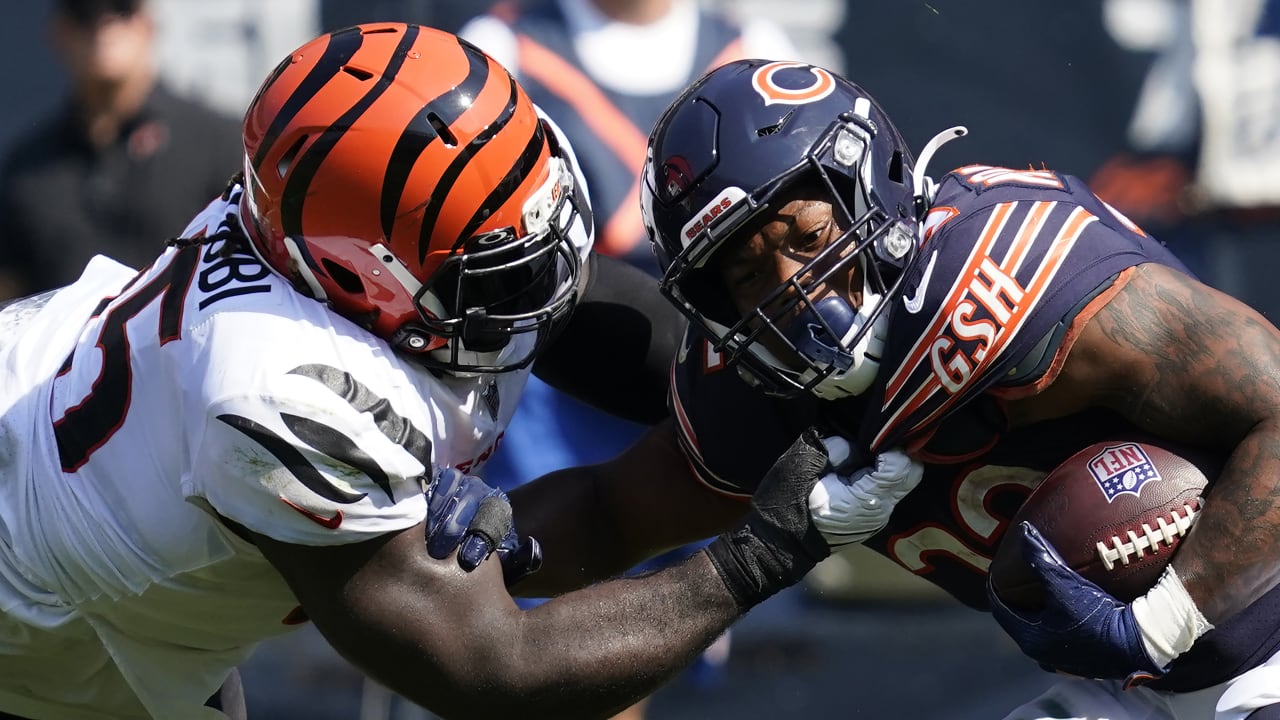 The Bears (1-1) took advantage of Cincinnati’s miscues and built a 20-3 lead with 6:40 remaining. The Bengals (1-1) didn’t fold, though. They responded with a Burrow to Ja’Marr Chase 42-yard touchdown strike to cut their deficit to 20-10 with 4:39 remaining in regulation.

After a Logan Wilson interception, Burrow hit Higgins for a touchdown strike to make the score, 20-17, with 3:34 left in regulation. Cincinnati’s defense out Chicago in a third and nine situation on its ensuing possession and needed a stop but couldn’t get it, allowing the Bears to run out the clock. Chicago took a 7-0 lead in the first quarter with former Bengal quarterback Andy Dalton picking the Bengals’ defense apart on his team’s opening drive. Dalton completed 6-of-7 pass attempts for 39 yards and capped the drive off with an 11-yard touchdown pass from Dalton to Allen Robinson.

Evan McPherson’s 53-yard field goal with 8:22 remaining in the first half turned out to be the last of scoring in the second quarter. The Bears added a field with 14:53 left in the fourth quarter to take a 10-3 lead while two turnovers led to Chicago eventually building a 20-3 lead with 6:40 left. Cincinnati attempted you get back into the game but dig itself too big of a hole.

Burrow finished completing 19-of-30 pass attempts for two touchdowns and three interceptions. Joe Mixon was limited to 69 yards on the ground on 20 carries while Tyler Boyd led the Bengals with seven catches and 73 yards. Higgins finished with six catches for 60 and a touchdown. Chase had two catches for 54 yards and a touchdown. Cincinnati outgained Chicago in total yardage, 248-206.