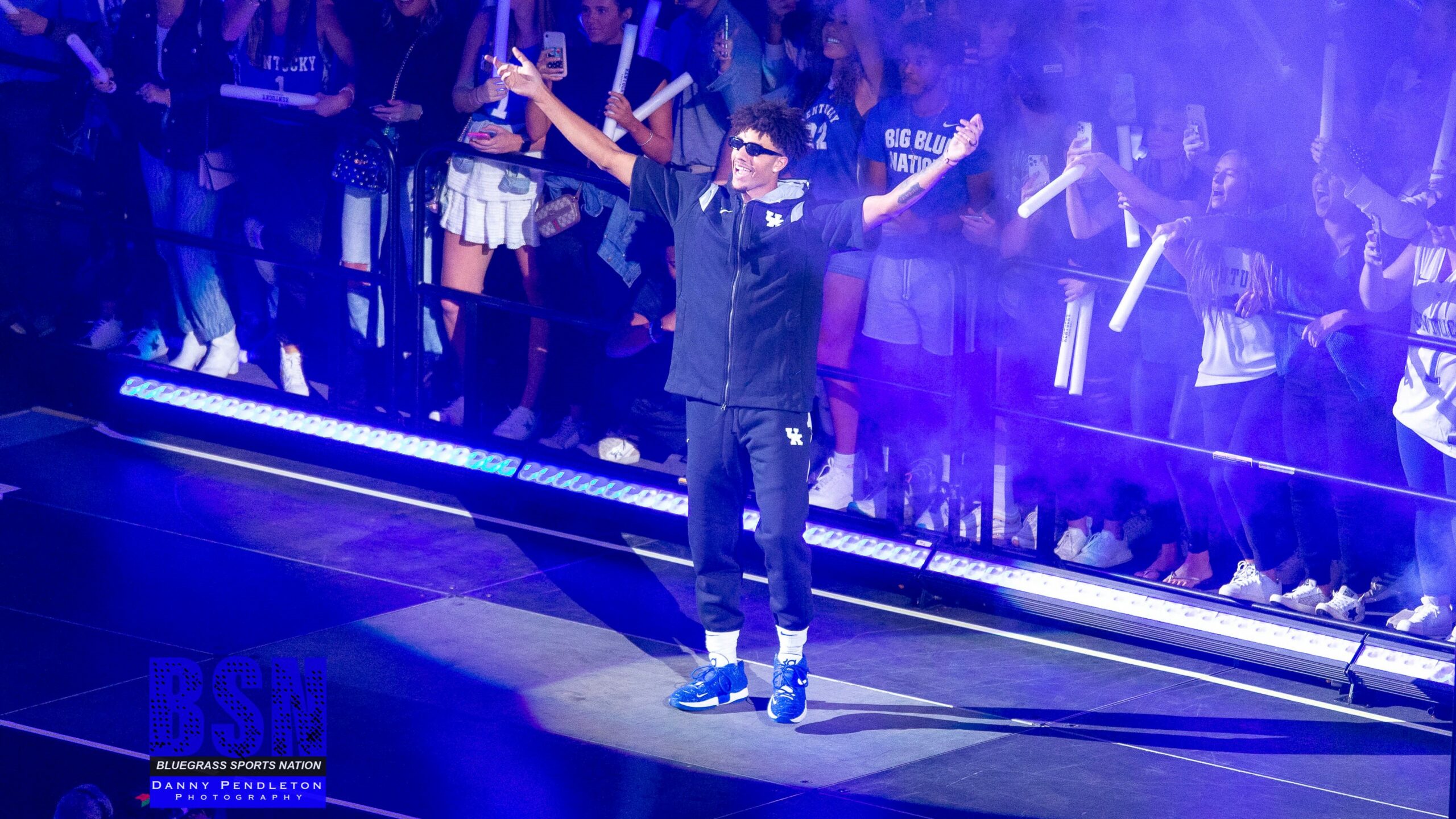 The roar is back with a lot of noise at Rupp Arena Friday night.

Unlike last year when the stands were bare and a scaled-back Big Blue Madness was shown on television because of the COVID-19 pandemic, the fans returned wearing masks as the University of Kentucky unveiled its men’s and women’s basketball teams during the annual event.

“‘Wow!’” Kentucky coach John Calipari said in his address to Big Blue Nation. “Can I say how much I have missed that roar? What an incredible night to celebrate the return of college basketball. … I challenge (Big Blue Nation) to come together like never before and take it to another level (this year). We missed you last year.”

Although the arena wasn’t filled to capacity, the fans were anxious and excited to see the Wildcats for the first time this season as the men’s and women’s basketball teams were introduced ahead of the upcoming season. Both teams took part in shooting contests and brief scrimmages. CJ Frederick won the 3-point shooting competition and Jacob Toppin defeated Daimion Collins and Kareem Watkins in the slam dunk competition. Blair Green topped Rhyne Howard in the girls’ 3-point shooting competition.

Former Kentucky players Darius Miller, Jodie Meeks, Wayne Turner, Jack Givens, Dale Brown and Dominque Hawkins were in attendance. Calipari also welcomed the family of late player Terrence Clarke, who was killed in a car accident last summer. Lance Ware presented Clarke’s family with a pair of Nike sneakers bearing his image and No. 5, the number of the jersey he wore while he played with the Wildcats last season.

Former women’s basketball coach Matthew Mitchell made a name for himself during his tenure with dazzling dance moves, but second-year coach Kyra Elzy chose a different approach. Elzy made her appearance by rappelling down from the rafters of Rupp Arena and walked onto the floor with her son, Jackson.

While Calipari was excited to be back in somewhat a normal routine, the fan base, including Susan Crews of Marysville, was extra pumped. Crews attended two regular-season games last year, but had never attended Big Blue Madness until her granddaughter snatched up tickets for the prestigious event online more than two years ago.

“This has been on my bucket list to be at Big Blue Madness,” she said.

It wasn’t her first time in Rupp Arena, however. In the two games she attended last year, Crews sat on the lower level and remembered the feeling she experienced last season.

“It was awesome,” she said. “(The players) were so close you could see them when they came by.”

“It was awesome,” she said. “I think it’s going to be a good year for the Wildcats this year.”

She added that having more fans in the house was a special experience.