Blaney by a Bumper at ‘Dega 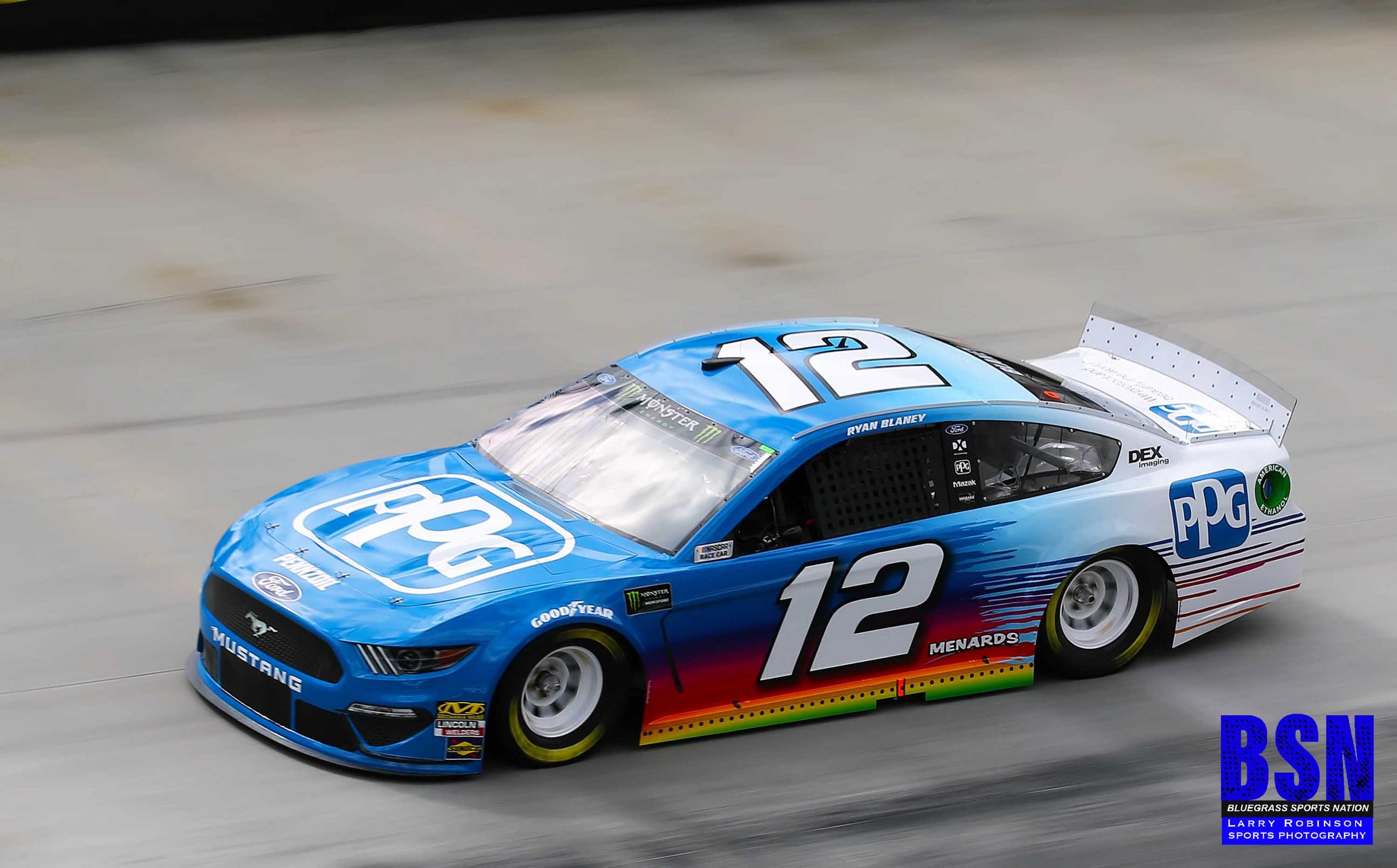 The Geico 500 would be the second race in which NASCAR allowed generally admitted fan to view the event Live since the COVID-19 pandemic interference in the 2020 NASCAR Cup season schedule. A total of 5,000 spectators were in attendance.

A combination of lightning, high winds, and rain postponed Sunday’s GEICO 500 race at Talladega Superspeedway to Monday afternoon at 3:00 pm.

As Qualifying and Practice continued to be dismissed, Race Teams would random draw for Geico 500 starting grid position. It was an all Joe Gibbs Racing front row for the Geico 500 as Martin Truex Jr drew the pole position while Denny Hamlin will complete the front row.

The Monday running was also affected by rain, as storms forced a 58-minute, 18-second delay with 57 laps complete in Stage 1. 20 lead changes involving 8 drivers bump drafting to claim the point. Of the 8 drivers fighting for the stage win, Hendrick Driver No. 8 Tyler Reddick lands Stage 1 win under the caution flag.

Team Penske and its Wood Brothers affiliate dominated the middle portions of the race and remained in control of Stage 2.

The fifth caution of the day is called with just six laps left in Stage 2, due to debris on the back straightaway.  Ryan Blaney, Ricky Stenhouse, Brad Keselowski , Kyle Busch and Christopher Bell  lead the field as drivers opt to pit under caution.

On Lap 118 a two-lap shootout would determine the 2nd  stage champ as the field cycled through the latest caution.  Ricky Stenhouse Jr. emerges to the front while fiercely battling Ryan Blaney for the 2nd Stage green-and-white checkered flag.

As 28 circuit’s remains, Bubba Wallace controls the point briefly, but fuel conservation will play a factor for him at this stage of the race. Advancing Joey Logano would side drafted Wallace to regain the lead.  Conserving gas Wallace quickly fell back into the field.

Ten laps to go Tyler Reddick, who won Stage 1 was leading the pack. The major strategy was to conserve gas as many front runners estimated running out before race completion.

The final caution involved Jimmie Johnson who was spun out after being clipped by Kevin Harvick.  Ryan Blaney was in first driver to leave pit after service and resume the point.

Ryan Blaney protected the lead blocking contenders as a final lap aggression resulted in multiple crashes as the checkers fly’s.