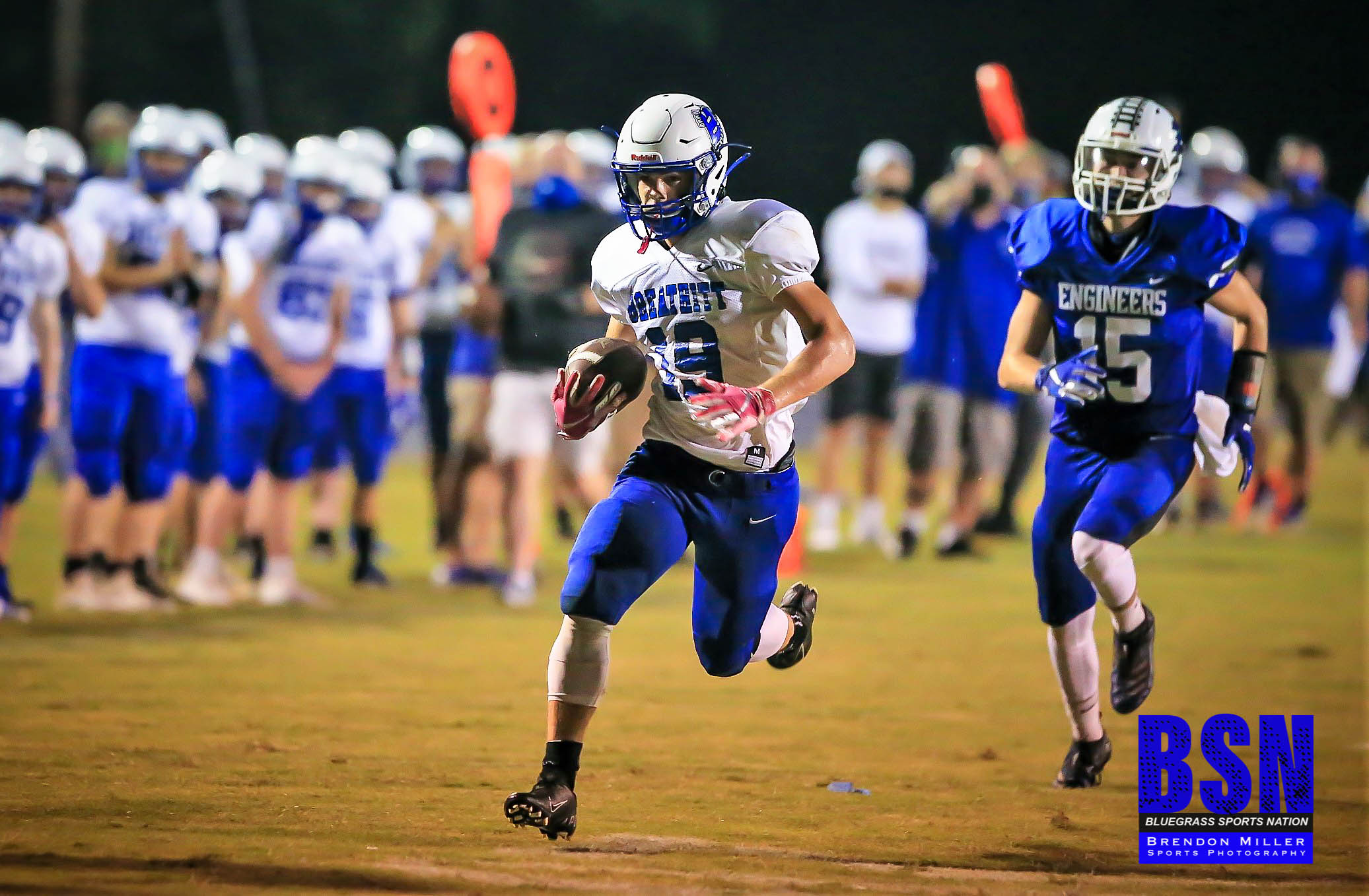 Friday night looked to be the Breathitt High School football team of last season, jumping out to a 26-0 lead in the first half. The play in the backfield looked solid with standout Lane Weddle, freshman Caden Bowling, and quarterback Jalen Turner running the ball at will. Lane Weddle opened up early with a kickoff run back that brought the Bobcats within 5 yards of paydirt. Breathitt seemed to be “clicking” and it almost seemed too easy for them at the beginning of the game.

Now maybe Breathitt’s players got a little too confident, but I would venture to say that Estill’s first game jitters were gone by the second quarter. The Engineers came up with a big interception and capitalized on the very next play to get points on the board. The first quarter was full of Breathitt highlights but the second quarter found the names like Niece, Beeler, Waddle, Somerville, Short, Lutes, and Long making big play after big play for Estill before the half. Estill’s defense continued to be the spark that got the offense back on the field, as they recovered a batted pass from Turner. Not wasting any time, the Engineers put together a nice drive and put more points on the board.

This game definitely was an offensive show. Breathitt led the way with 458 yards total offense and Estill was sporting 374 total yards. Ironically, Breathitt had 327 yards through the air and Estill racked up 301 rushing yards. The third and fourth quarters were littered with players cramping up from both teams, which both Head Coach’s felt was due in part to a lack of practice time. Coach Marcum’s Engineers continued to fight back from the early 26-0 deficit and cut the Bobcat lead to 9 points at one point. The Bobcats seemed to be losing players to injury as quick as Estill was adding to the scoreboard. At the time of this writing, we haven’t heard everyone’s status, but we hope all Breathitt and Estill county players were only minor injuries.

Two plays stood out that kept Breathitt ahead in this ballgame. Coach Moore came back after an Engineer score and had the Bobcats moving down the field.  On a fourth and short, with the ball near the red-zone, Turner stepped back and threw a perfect ball to Blake Ritchie in the corner of the end zone for a BHS score. In true Engineer fashion, they would not be denied, and had a strong drive going in the opposite direction. A batted pass by Bryce Hoskins fell into the waiting hands of Ethan Gibson who strided, untouched, to a late score for the Bobcats.

Also, standing out in the Bobcats 60-43 win, were the play of young players. Sophomores Evan Miller and Dylan Spencer were first time starters on the line, and fellow Soph. Charlie Vanover was pressed into action a center. All three played well, with Miller grading out as one of the top linemen on the night. Freshmen Caden Bowling, Austin Sperry, and Jason Perry, all played big minutes and had major contibutions.

Some solid student athletes were showcased this past Friday. I was impressed with the talent on the Estill County Engineers ball club and I was very pleased with the young players of each team. Looks to me like Breathitt vs. Estill may have some great battles in the coming years. Look for both of these ball clubs to be at, or near the top in their District play, and I would like to say “Good Luck next week!”

Breathitt travels to Stanton next weel to take on Powell County who defeated Prestonsburg on Friday Night.