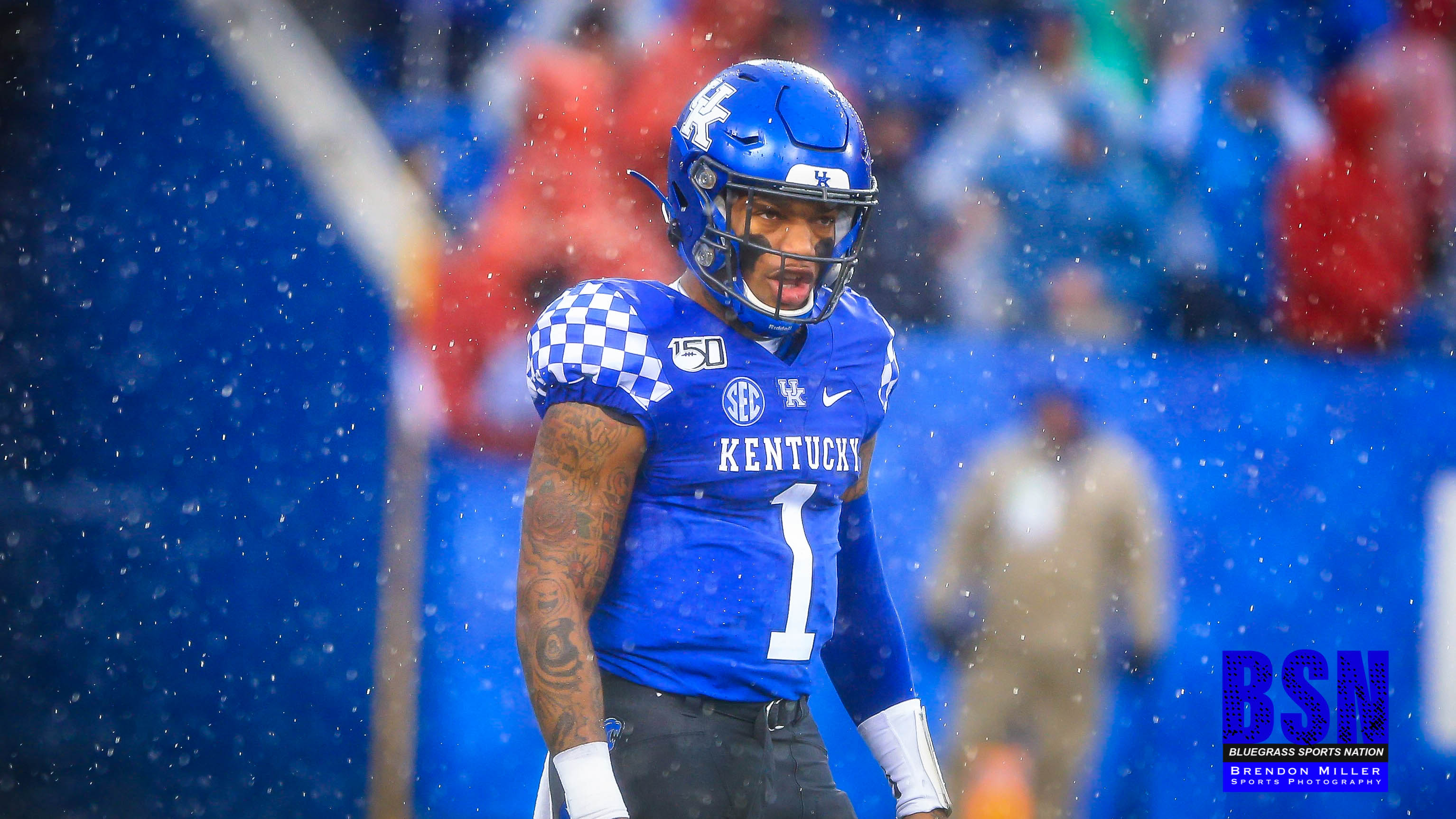 Lynn Bowden Jr. may not be a serious contender for the prestigious Heisman Trophy Award, but there’s no doubt he is Kentucky’s Most Valuable Player.

The Kentucky receiver-turned-quarterback rushed for 284 yards and four touchdowns, including a 60-yard dash to the end zone to open the second half to lead the Wildcats to a 45-13 win over rival Louisville in the Governor’s Cup Saturday.

“What can you say about Lynn?” Kentucky coach Mark Stoops said. “He is truly remarkable in so many ways. But you have to recognize his competitive nature, and just how tough and competitive and what a leader he is. In our business, if you are going to be an Alpha dog, then you be an Alpha dog and that’s him. When you do that time and time again and prove it and put the team on your back, and say, let’s ride, let’s do this, you know, it’s remarkable.”

The Wildcats (7-5) have won two straight in the series between the two rivals, including a 56-10 victory a year ago in Louisville. Overall, Kentucky has won three of the past four games against the Cardinals after ending a five-game losing streak four years ago.

The performance by Bowden, which put him over the 1,000-yard mark for the season, gave the Wildcats their fourth consecutive seven-win season, one year after Kentucky collected 10 victories and defeated Penn State in the Citrus Bowl. Bowden was received the Howard Schellenberger award following the contest, an honor given to the MVP of the contest and voted on by members of the media.

Bowden’s yardage total was 15 shy of Moe Williams’ single-game mark of 299 against South Carolina in September 1995. The Wildcats, meanwhile, have 3,293 yards and broke their single-season rushing mark of 3,124 in 1974. Their 517 yards shattered last week’s previous record of 462 against UT Martin.

Bowden praised the offensive line — “The Big Blue Wall” — following his performance and admitted he felt like being in high school again once he got into the open field against the Cardinals.

“I don’t want to talk about me, though,” he said. “I want to talk bout the offensive line —the best in the nation. Whenever I get rich, I’m going to take them out to dinner and spend as much money as they want.”

Bowden had touchdown runs of  6, 60, 46 and 32 while Asim Rose had a 4-yard scoring run and Chris Rodriguez dashed 64 yards for a touchdown. Kavosiey Smoke set up a TD with a 70-yard run.

After losing starting quarterback Terry Wilson and backup Sawyer Smith five games deep into the season, Stoops had a decision to make that would define or destroy the season. Stoops and veteran offensive coordinator Eddie Gran put the ball into the hands of Bowden and it turned out to be a memorable one.

“He really made the right decision,” Stoops said. “He did not back off with Lynn. When he made that decision, he moved forward. He really helped me because I come back Monday morning, are you sure about this, and what do you want to do.

“He kept on coming back to it and was very strong on his conviction and so was Darin Hinshaw and the staff, and as you can see, Lynn gives you so many options. There’s a lot of creative things you can do. You know, it gave us the best opportunity to win.”

As a result of the decision by Stoops and Gran, Bowden guided the Wildcats to five victories in seven starts to close out the regular season and became the first player in the Southeastern Conference to rush for more than 200-yards in two games this season.

“We just go out, play the game and let the results play out,” Bowden said.

Not even Benny Snell, who shattered the school record for rushing yards in just three seasons, accomplished that feat in his three seasons with the Wildcats, making Bowden’s heroics even more impressive.

“Once he gets in the open field, it’s hard to tackle (him),” Louisville coach Scott Satterfield said. “Once he gets to that point, he’s going back to his days as receiver he had earlier in the year, from being a kick returner. He’s hard to handle in an open field for anybody and he’s a special player.”

Largely because of Bowden, the Wildcats carry a three-game winning streak into the postseason, a feat that seemed impossible more than two months ago. Stoops said the Wildcats will eventually get back to balance on offense, but for now, he’s riding with Bowden.

“I really like where we’re at,” he said. “I love our team. I like the guys coming back, with the quarterbacks coming back healthy and I love where we are at in recruiting, so we’ll get back to having some balance.”

Stoops may or may not have Bowden to rely on next season if the same scenario plays out at mid-season, but the junior isn’t ready to make that decision just yet. For now, he’s focused on the present.

“I’ve got a lot of thinking to do,” he said. “If it was my last time, I just wanted to (leave it) on a good note for everybody, the fans, my teammates. … we’re a bunch a fighters and we’re never going to give up on each other. We just came out the second half of the season and just dominated.”

Javian Hawkins’ rushed 22 times for 142 yards, including a 56-yard TD just before halftime that brought Louisville (7-5) within 17-13. Micale Cunningham tossed a 33-yard TD pass to Tutu Atwell on the game’s opening possession but Kentucky quickly answered and dominated the rest of the way.

Bowden scored on the second play of the third quarter to begin stretching out the Wildcats’ lead in the second half.