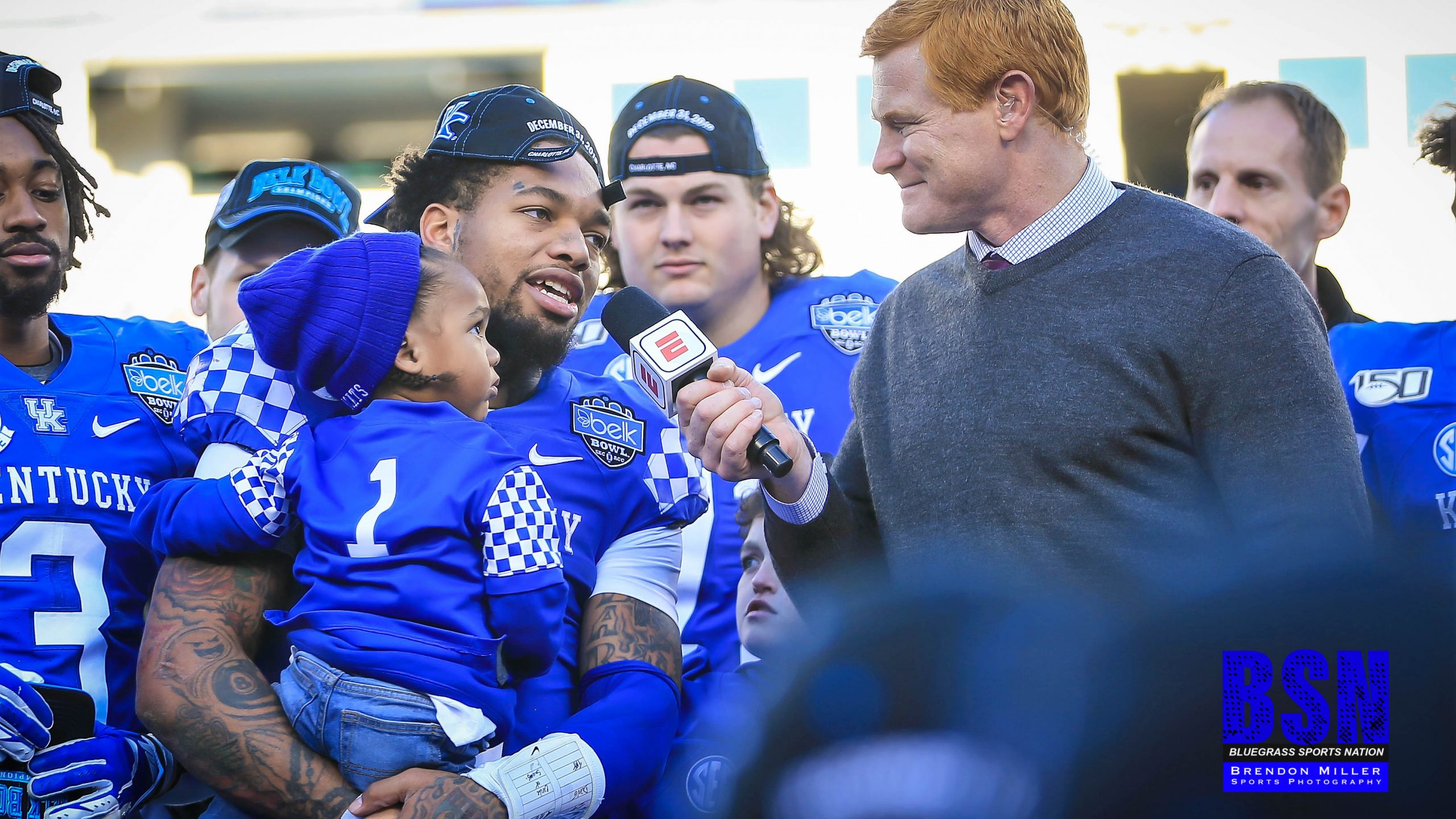 Lynn Bowden’s last play as a collegiate football player was a touchdown pass that will be remembered for years to come and one that put the finishing touches on his final season at Kentucky.

Bowden, who will enter the NFL Draft in April following a stellar junior season, threw a 13-yard scoring strike to Josh Ali with 15 seconds to play that lifted the Wildcats to a 37-30 victory over Virginia Tech in the Belk Bowl at Bank of America Stadium on Tuesday afternoon

Although throwing the football hasn’t been one of Bowden’s trademarks, he delivered when it mattered the most. Kentucky coach Mark Stoops wasn’t shocked Bowden took down the Hokies with his arm instead of his legs.

“That doesn’t surprise me,” Stoops said. “Really, nothing surprises me. Everything he does, he competes, he cares about his teammates and, you know, you can’t ever count him out. If he would have played like that (and) if we would have started him at quarterback (when the season started), there’s absolutely no doubt in my mind that he would be in New York at the Heisman (award presentation).”

Bowden didn’t win the Heisman and wasn’t even a finalist, but he was named the Most Valuable Player of the Belk Bowl after rushing for 233 yards and two touchdowns, while throwing for 73 more, including the game-winning pass to Ali that capped a fourth-quarter comeback.

Overall, Bowden attempted 12 passes against the Hokies, including an interception late in the second half, but made good on his final attempt with time closing in on the Wildcats in the fourth quarter. Bowden called an audible on a first-and-10 play inside the red zone and it was Ali who snagged a pass that was originally intended for senior teammate Ahmad Wagner.

In addition to a pair of options in the air, Bowden also had the “opportunity to scramble” with the game hanging in the balance.

“I wanted to throw it right there,” Stoops said. “I had all the faith in the world he was going to complete a touchdown pass.”

However, before Stoops fully bought into Bowden’s suggestion to throw a “jump ball” to Wagner, a Virginia Tech timeout gave Stoops a little more time to warm up to his quarterback’s suggestion. While a running play was on the front-burner, Bowden was whispering, ‘Can we at least take a shot? I was begging ‘em.’”

Stoops finally gave in to Bowden and it was his perfect strike to Ali that erased a 30-24 deficit and gave the Wildcats their second consecutive bowl victory. It was also proof that Bowden is more than just a runner under pressure.

“It’s what he’s done to everybody,” he said. “I mean, he’s a great player. He’s competitive, he’s tough, strong (and) never looks like he’s in a hurry out there. He’s patient, explosive. He’s a physical player. He’s a competitor.”

Such a competitor that a video showed Bowden getting into an altercation with a Virginia Tech player before the game. Bowden apologized for his actions and was shaking hands with the Hokies after leading the Wildcats to victory in the finale.