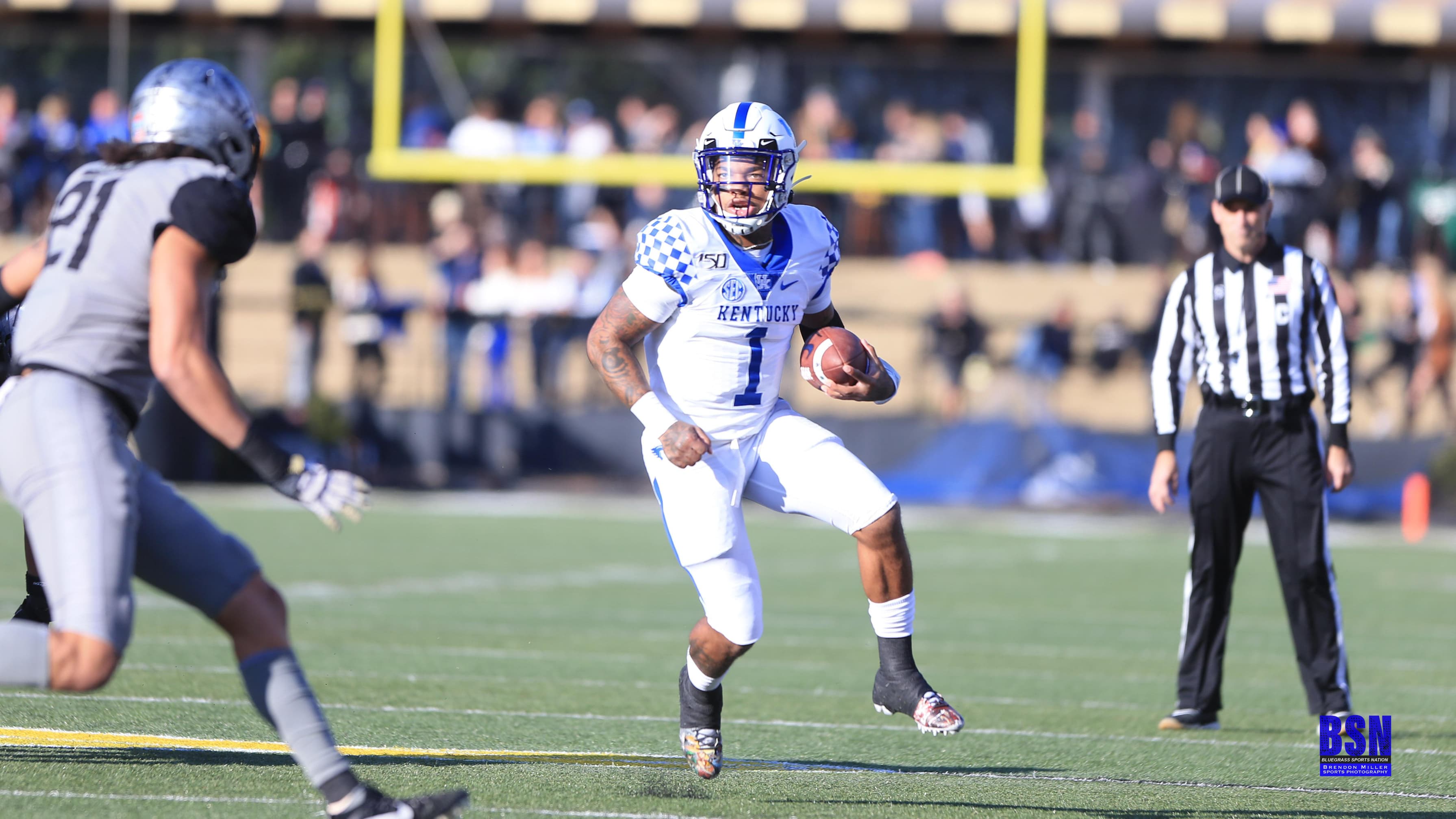 Bowden, who was recently named the winner of the Paul Hornung Award for the nation’s most versatile player, etched his name into program lore this season after injuries at quarterback forced him to return to the position for the first time since high school. All the junior did was set a school record for career and single-season rushing yards by a quarterback, break the Southeastern Conference’s single-game rushing mark by a quarterback, turn in the second-highest single-game rushing total in UK history, highest single-season yards per rush attempt average and deliver at least 100 rushing yards in six of his seven starts at quarterback (and miss a seventh by a single yard vs. Georgia). The Wildcats won five of his seven starts at quarterback while advancing to a fourth-straight bowl game and re-writing the school’s record books for rushing production.

Bowden currently leads the SEC and ranks eighth nationally in all-purpose yardage, averaging 153.0 yards per game (note that all-purpose yardage does not include Bowden’s passing yardage as a quarterback). He is one of only three players in the top eight nationally with rushing, receiving, punt return and kickoff return yards.

The Youngstown, Ohio native is averaging 8.2 yards per rushing attempt, and is in contention to break the school record. That mark leads the SEC and ranks second nationally. He also is the only player in the nation leading his team in both rushing (1,235) and pass receiving (348). He ranks 13th on UK’s career receptions list with 114 and is 18th on the career receiving yards list with 1,303 yards.

Duffy, the Ray Guy Award winner for the nation’s top punter, is a native of Perth, Australia. He has been an absolute weapon for the Wildcats this season, dominating the field position game with his booming and accurate leg. He is UK’s career punt leader with a 46.5-yard average and with his distance and placement, Kentucky leads the nation in net punting with a 45.13-yard net average. Duffy leads the nation in punting at 48.6 yards per punt.

Only nine of Duffy’s 47 punts have been returned (19 percent) and 24 of them have landed inside the 20-yard line (51 percent). He doesn’t shy away from contact either. He has three career tackles, including an open-field tackle – possibly saving a touchdown – on UT Martin’s Terry Williams, who already has two punt return TDs on the season.