Bowl-Bound Cats Delivering the Goods and Wins on the Ground 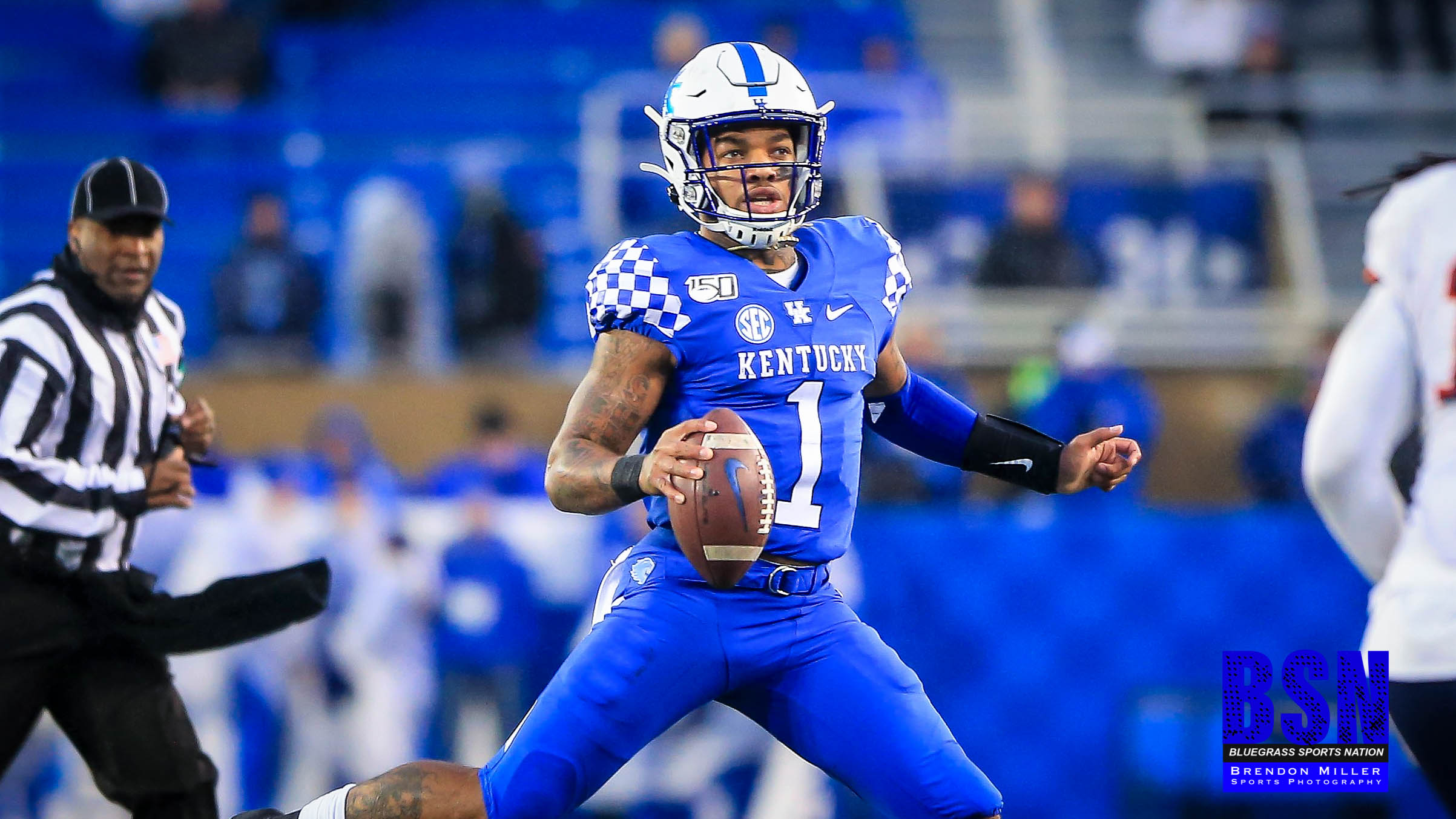 The Air Raid sirens have been silenced and Kentucky is delivering the goods on the ground.

For what is considered the first time in school history, the Wildcats rushed for more than 400 yards for the second straight game in a 50-7 rout of Tennessee-Martin that lifted Kentucky into the postseason for the fourth straight time under coach Mark Stoops.

In the past two games, the Wildcats (6-5) have punished the opposition with a grinding ground attack that gets better as the season winds down and the postseason lurking on the horizon.

“We don’t take the bowl games for granted,” Stoops said. “… We never take them for granted because we know we went a lot of years without going to bowl games here. But, with this group, (it is) definitely special, because they really hit some adversity right in the eye and moved on.”

Kentucky amassed a school-record 462 yards rushing against the FCS Skyhawks after torching Vanderbilt’s defense for 401 yards in a 38-14 victory in the Southeastern Conference finale last weekend in Nashville. No other team since 1951 has had that much success running the football.

Offensive coordinator Eddie Gran praised the offensive line for making the proper adjustments to be successful under pressure.

“The upfront blocking has been good,” he said. “We have some good guys running the football so you put that combination together and they believe in what we are doing and it has been successful.”

Injuries to Terry Wilson and Sawyer Smith forced Stoops and his staff to undergo a massive offensive makeover at the midway point of the season and turned to Lynn Bowden to carry the Wildcats’ offense following a dismal 24-7 loss at South Carolina on Sept. 28.

“There was a couple times in there it was a little rocky,” Gran said. “The good part is we have all been there before. I’ve learned a lot about personnel and do what you can do to give yourself a chance to win the game.”

Following the crumbling in Columbia, it has been Bowden under center and going into Saturday’s regular-season finale against rival Louisville, Kentucky has won four of its past six games to turn an uncertain season into somewhat of a memorable one.

“I think every year it’s a new opportunity — a new challenge,” Stoops said. “The league that we play in, it’s extremely difficult. And with this, it’s just — it does challenge us in different ways, and it is gratifying in certain ways. For us it’s always about trying to put our kids in the best position to be successful. We’re not always perfect. That’s for sure.

“We work extremely hard to try to do that. And it has been fun with this group to see the growth and to see them overcome and to see the way they’ve rallied. To have an opportunity to go get number seven this week would be a big opportunity for us.”

Bowden didn’t attempt his first carry until the second quarter and used a 58-yard run to set up his own 2-yard TD burst to give the Wildcats a 22-0 lead with 5:36 remaining in the first half. Bowden finished with 89 yards rushing and two touchdowns in the opening half.

In his sixth start of the season, Bowden eclipsed the 100-yard rushing mark for the fifth time and led the Wildcats with 129 yards and two touchdowns. Since taking over in the pocket, Bowden has rushed for 852 yards and has been nearly unstoppable.

“Everyone doubted us,” Bowden said. “They said we wouldn’t be good. Our record may not show it, but I think we are pretty good.”

Playing in a steady rainfall, the record performance featured several big plays and gave the backups in the backfield a chance to shine. Overall six players rushed for 40 yards or more, while freshman Travis Tisdale ripped off a 53-yard run and scored his first career touchdown. Walk-on Tyler Markray had a 45-yarder and also crossed the goal-line for his first career touchdown.

The finish and turnaround began with Bowden and he has the support of his teammates, even on the defensive side of the ball.

“We trust each other and trust in Lynn,” Kentucky defensive lineman Josh Pascal said. “We have his back.”

Stoops addressed a report that he had met with Florida State officials last week in Cincinnati and has no plans of leaving his UK post anytime soon. The Kentucky coach has an opportunity to guide the Wildcats to at least seven victories for the fourth straight season.

“I had a great experience there,” Stoops said of his coordinator days at Florida State. “It afforded me the opportunity to be here. … this where my heart is. This is where I want to be. So, I’m going to be at Kentucky.”