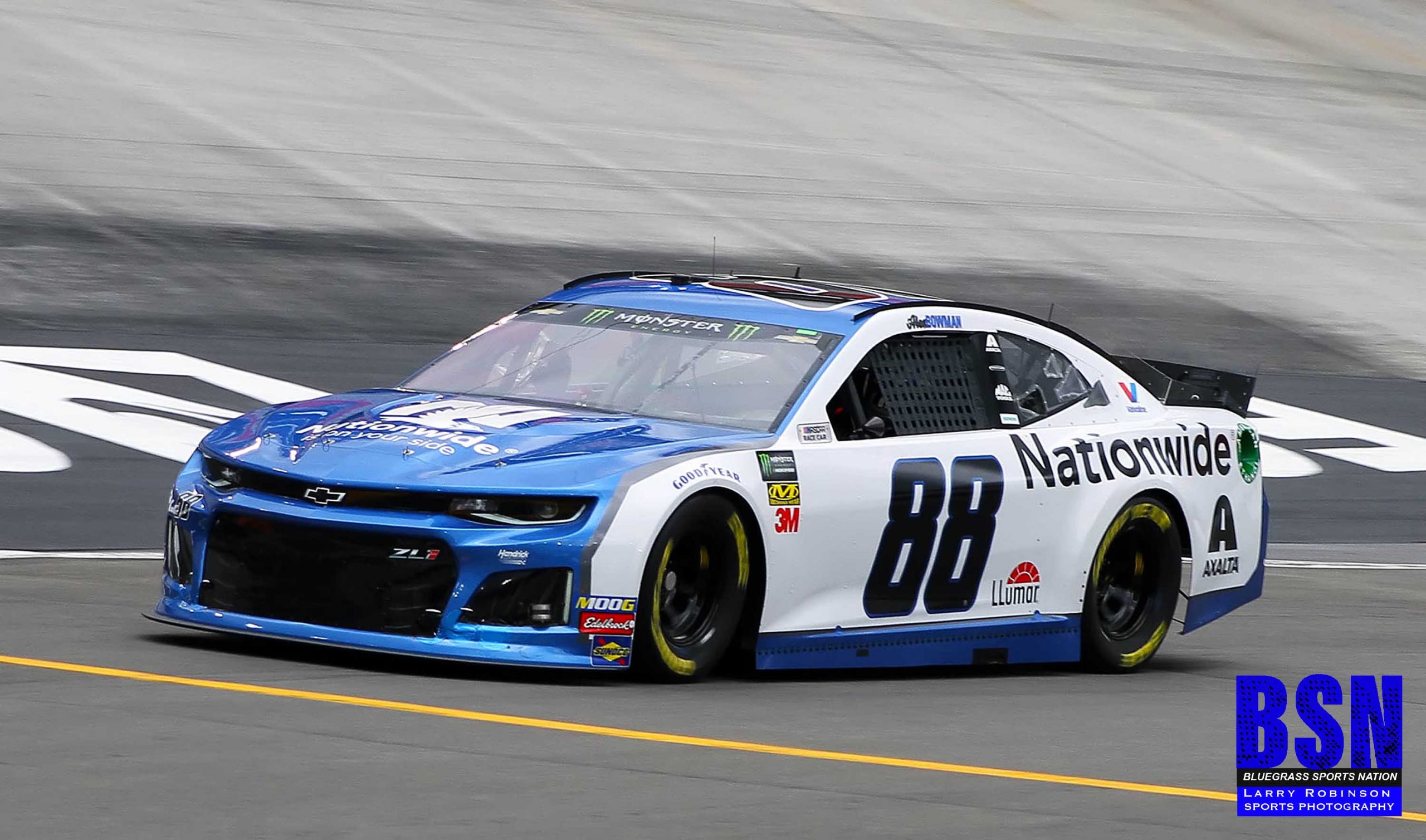 The NASCAR Cup Series race #3 shifts gears to the Auto Club Speedway, (formally California Speedway) Sunday, March 1, 2020.  The 2.0 mile, D-shaped oval, offers 14 degree banking each of the four turns with 11 and 3 degree banking for the front and backstretch respectfully.  Though NASCAR events utilize the 2.0 tri-oval; the facility additionally features a drag strip track as well as an infield road course, allowing the track to host multiple racing venues.

The NASCAR Cup Series officials will continue to enforce the 2020 Rules Package fitted for tracks larger than 1.33 miles.  This package will includes a .922-inch Tapered Spacer, A Larger Rear Spoiler and Aero Ducts. The combination of the supplemented package additions anticipate reduction of horsepower from 750 hp. to 550 hp, promoting tighter racing.

No. 18 Kyle Busch won checkers with a dominating performance last year at Fontana and defend his 2019 Auto Club 400 title on this 2nd leg of the West Coast Swing.

As the race is in Southern California, various drivers had tributes to the late NBA legend Kobe Bryant.   No. 12 Ryan Blaney ran a special Body Armor paint scheme that featured a (Black Mamba) snake skin pattern and number tributes to Bryant and his daughter Gianna; William Byron‘s No. 24 car sharing the same number that Bryant wore during his career, was colored in  purple and gold after the Los Angeles Lakers.

No. 14 Clint Bowyer narrowly edged out home track favorite No. 48 Jimmie Johnson, who start on the outside of the front row at his last race in Fontana.

Stage 1
Clint Bowyer controls the pace early as the No. 48 Jimmie Johnson and No. 88 Alex Bowman battle the No. 1 Kurt Busch Toyota for second. The Hendrick Motorsports duo of Bowman and Johnson blew by Bowyer on lap eleven to take the lead.

Just 10 laps remaining in Stage 1:  Alex Bowman shows the way as No. 12 Ryan Blaney and Jimmie Johnson contend for position up front.

Jimmy Johnson and Ryan Blaney led the field to green at Stage # 2, both to swap the lead before the latter took over. The two would fight with No. 22 Joey Logano and Alex Bowman for the point during the early laps.

Misfortune also struck No. 95 Christopher Bell on lap 71 and No. 14 Clint Bowyer on lap 93 as result to blown engine and blown front tire in which end each driver’s day respectfully.

Ryan Blaney would dominate the remainder of the stage with a 3.2 second lead over second place finisher Alex Bowman and No. 48 Jimmie Johnson in third.

Lap 158 saw the final series of green-flag stops. No. 19 Martin Truex Jr., who was running second before pitting, saw his victory hopes diminish after a pit crew member injury.

Alex Bowman rotated back to the lead after stops were completed.

At the front, Alex Bowman’s lead margin over Ryan Blaney expanded to five seconds. Despite Ryan Blaney’s efforts to gain ground, the margin continued to increase until severe tire wear forced him to pit with three laps to go.

With the Busch brothers trailing and out of contention and striking distance, Alex Bowman captures his second career Cup victory.