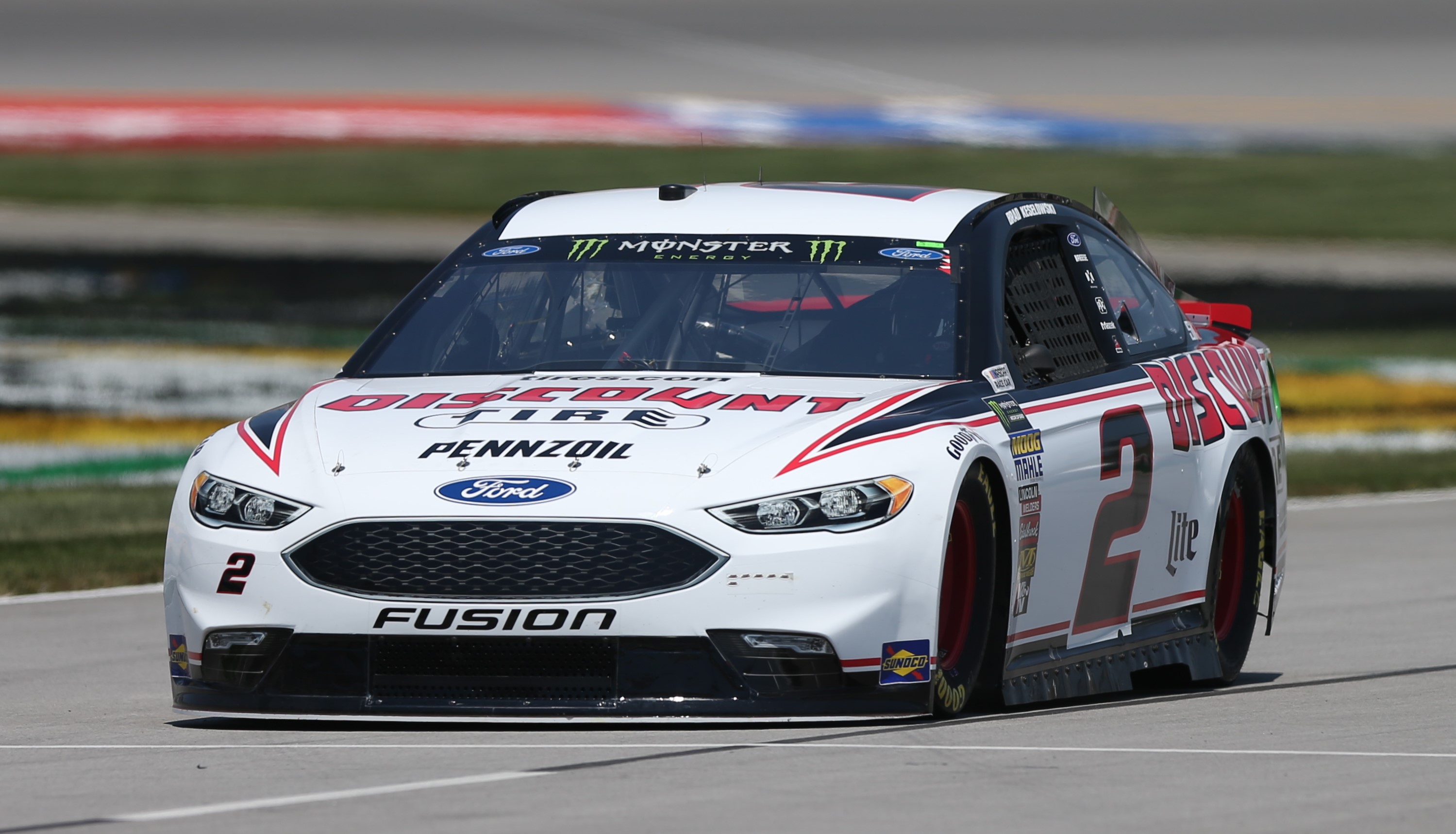 The Monster Energy NASCAR Cup Series 12th race of the season traveled to Kansas Speedway for the Digital Ally 400, Saturday May 11th 2019.

The Construction of the 1.5 mile oval facility located on the outskirts of Kansas City vicinity completed track construction in 2011 and within 4 months hosted their first NASCAR Cup Race.

Kevin Harvick-Driver of the No. 4 Stuart-Hass Ford led the field to green under the lights and controlled the point early in the Stage 1 segment.  After the mandated competition caution on lap 30, majority of the Drivers opted to change on 2 tires for track position whereas Kevin Harvick completed a regular 4 tire change. This decision was profitable as Harvick’s No. 4 Chevy regained his lead and secured Stage 1 win.

After the completion of Stage 1, Drivers continued to effectively use the 2 tire pit service for position advancement.  This allowed Chase Elliott-Driver of the Hendrick No. 9 Chevy to cut into Kevin Harvick’s lead after pit circulation. Eventually Elliott claimed the point as Harvick rustled with an ill handing Camaro in the final laps of Stage 2.  Taking advantage of Harvick’s mishaps, Chase Elliott wins his 2nd Stage of the year.

With 90 laps of completion of the Final Stage, Kevin Harvick brought his Chevy to pit for an unscheduled service to remove debris accumulated on the track, forfeiting his lead to Alex Bowman-Driver of the No. 88 Hendrick Chevy.

Only 40 laps of race completion, Bowman led the field to green ahead of Elliott, Buescher, Stenhouse and Bowyer. An impressive restart allowed Chase Elliott to pass Hendrick teammate Alex Bowman to regain the lead. The two continued until caution brought out by Driver of the No.12 Ford-Ryan Blaney.

As final laps ticked away, Brad Keselowski-Driver of the No. 2 Penske Ford, dialed in his Mustang to the front.  Keselowski was challenged by Alex Bowman with only ten laps remaining until the final caution was brought out by Leavine Family Racing No.95- Matt DiBenedetto.   Brad Keselowski opted to decline pit service stayed on track to hold off Alex Bowman to race victor. The victory was Keselowski’s 3rd of the 2019 Monster Energy NASCAR Cup Series schedule and 30th career Cup trophy.