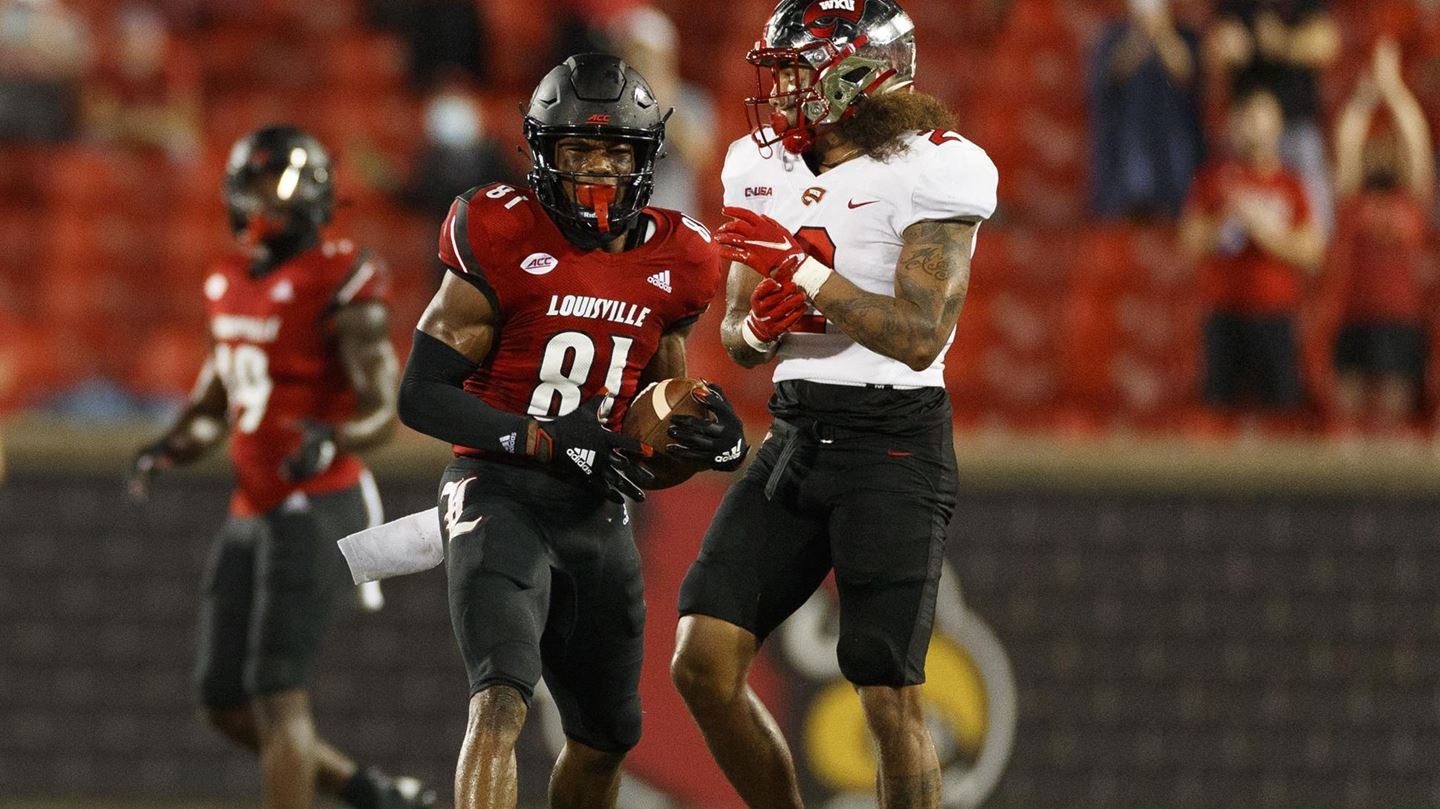 Following the 35-21 win over Western Kentucky, University of Louisville’s Braden Smith was selected as the ACC Receiver of the Week on Monday.

In his first game at Louisville,  Smith caught four passes for 110 yards, becoming the first Cardinal to record 100 receiving yards in his Louisville debut since Deion Branch tallied 123 yards against Kentucky in the 2000 season opener.

Smith hauled in a 63-yard reception for his first collegiate reception and later added a 48-yard catch later in the game. He ranks seventh nationally in receiving yards per game at 110.0 and stands ninth with a 27.5 yards per catch average.

Louisville returns to action on Saturday night when No. 18 Miami visits Cardinal Stadium for a 7:30 p.m. kick off.