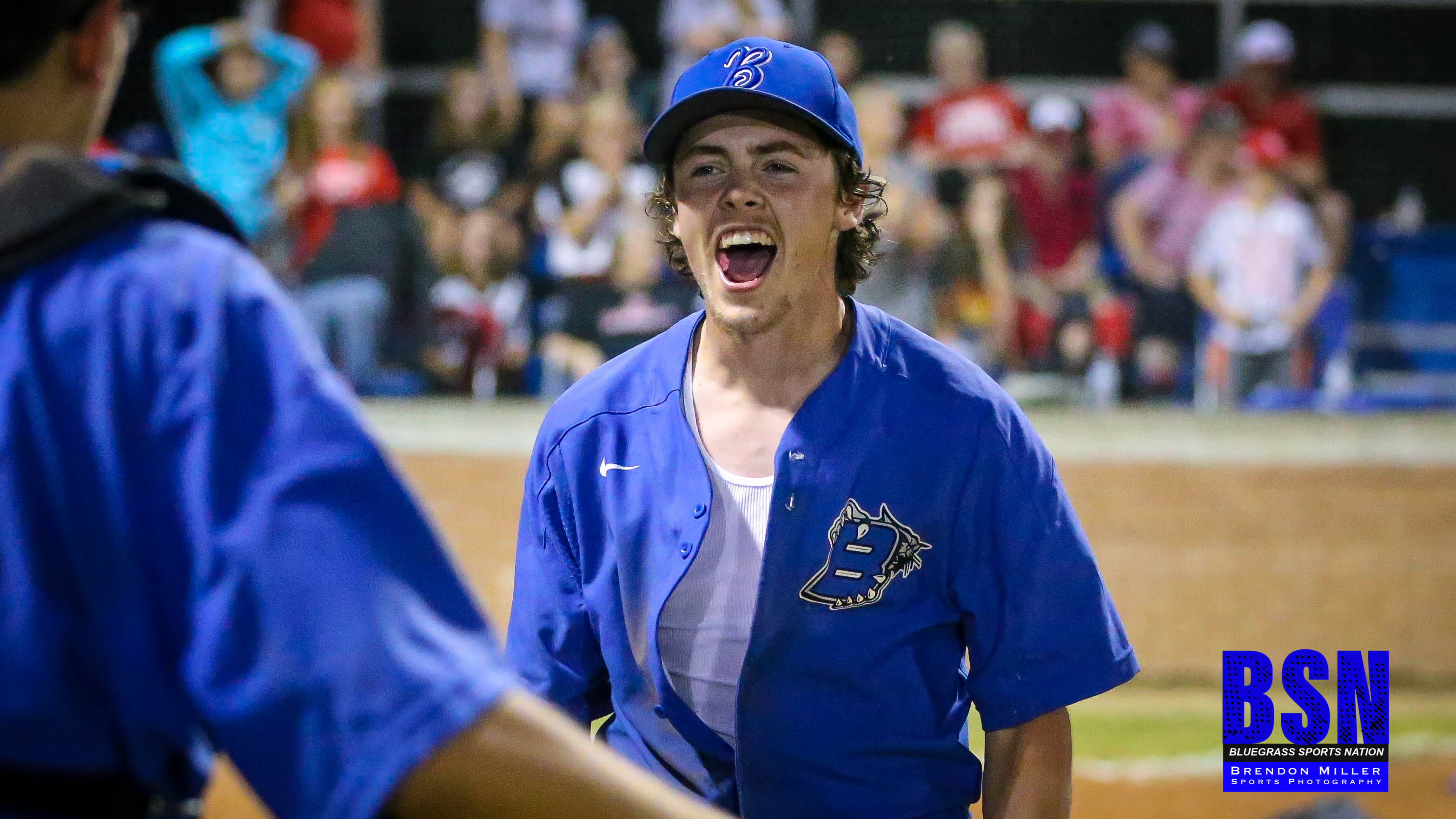 Cinderella looks like she may be wearing Bobcat Blue! Coming into the tournament, if everyone is being completely honest, few outside of Jackson thought that the Breathitt County Bobcats would make much more than a ripple in the 14th Regional Tournament.  When the dust has cleared though, you look up and there are two perennial contenders at home at the hands of the Bobcats. In what has become a scrappy team that finds ways to win, and is peaking at the right moment, Breathitt will move on the the 14th Regional Final game for the first time since 1998.

There were question marks everywhere coming into the season for Breathitt and 2nd year head coach Tewayne Willis. Despite obvious improvements throughout the season, the Bobcats still finished 3 games below .500 in their 2018 campaign. Fast forward to the end of the regular season 2019 and Breathitt, having played 1 game shy of their maximum regular season games, has a 20 win season. They claimed the 55th District Title and drew a Perry Central Commodore team that had beaten them 3 times throughout the regular season. Breathitt took down the Commodores behind a couple of big home runs by Layne Weddle and Cameron Stacy. For many, that should have been the end of the Breathitt’s run in the post season. They got their signature win, something that they could build on in the future. The Bobcats had different plans though.

Breathitt would have to take down another team that has similarly improved all season long if they wanted to keep their post season hopes alive. Powell County was going to be led by 14th Region Player of the Year Nate Skidmore. After a great pitching performance in the quarterfinal round by Jon Brooks allowed the Pirates to get by the Letcher Central Cougars, Powell was still holding their ace in Skidmore.

The first inning started and ended quietly. Both teams had at least a base runner, but neither could plate a run. Breathitt got things going in the 2nd when Skylar Haddix drew a walk and then Nick Correll singled moving Haddix to third. Grant Hamilton then got down the safety squeeze single that scored Haddix. Skidmore would then work out of the jam, getting 2 strikeouts to end the inning.

The bottom of the second and top of the third saw each team retired in order. The Pirates were able to get things going in the bottom half of the third, when Bryce Merion was hit by a pitch. Just as the Bobcats looked as though they would escape unscathed in the inning after a potential Skidmore home run was hauled in by Weddle and a strikeout, Pirate Jon Brooks ripped a triple to the right field fence that would tie the game up 1-1.

The fourth, fifth, and sixth innings turned into a pitcher’s duel as Skidmore continued to work and for the second time in the tournament Skyler Haddix came to the pitching rubber for the Bobcats. Haddix looked very good in the quarterfinal round against Perry Central and got the win. In the bottom of the 6th, however, Powell County would eventually tack on 2 runs. Wyatt Clark would get the one-out single off of Haddix and would steal second and then take third on the errant throw. Clark would then score on the next batter when Kyle Hale singled in the hole at shortstop. After an a Bobcat attempted hidden ball trick failed and resulted in a balk (pitcher entered the mound without the ball) Hale moved to second and then to third on a passed ball. In what looked like might be the nail in the coffin for Breathitt County, Brayden Rogers scored Hale on the next at bat with a sharp single to right field. The inning would end with Powell County leading 3-1. The Bobcats weren’t ready to go away quietly, though.

Moving into the top of the seventh, Breathitt was down to just 2 outs left in their season. Into the batter’s box steps 8th grader Isaac Bellamy. Bellamy took the 1 ball and 2 strike offering from Skidmore to left field on a hard line drive to keep the Bobcats’ hopes alive. After pinch runner John Hall was moved to second by an Andrew Combs walk, Cameron Stacy came to the plate and singled up the middle to score Hall and put the score at 3-2, Powell County. Weddle would single to right field, but Stacy would be tagged out when he got hung up between 2nd and 3rd. The Bobcats were down to their last out. Stacy’s at bat did put Skidmore over the 120 pitch limit and the Pirates brought in Jace Ware to close it out. After Weddle stole second, Jaylen Turner came up with what would turn out to be the game winning hit with a single to left-center field would score both Weddle and Combs and put the Bobcats up 4-3. Now the Pirates were down to their last 3 outs of the season.

Breathitt brought on Bellamy for the save. With their 1, 2, and 3 hitters up, Powell got the inning started with a walk that put Skidmore on first and he would steal second during the next at bat. Bellamy was able to get a strike out to record the first out of the inning. The final 2 outs of the inning would be one of the most unconventional double plays to end a game that has ever been recorded in the 14th Regional Tournament. With Skidmore at 2nd and John Brooks up, Bellamy was able to force a grounder to the shortstop Hamilton who then holds the runner Skidmore at second, but threw wide to the outfield side of 1st. 1st baseman Cameron Stacy retrieved the ball and fired to 2nd where Andrew Combs tagged Brooks out for out 2, as as Skidmore broke for home. Combs threw an absolute laser strike to catcher Nick Correll, after he tagged Brooks, that allowed Correll to tag Skidmore out just short of the plate to end the game. Just incredible as the Bobcats celebrated!

Breathitt County will move on to the finals tonight at 7:00pm on the campus of Letcher County Central. They will take on the other semi-final winner, the Hazard Bulldogs that should be a showdown.