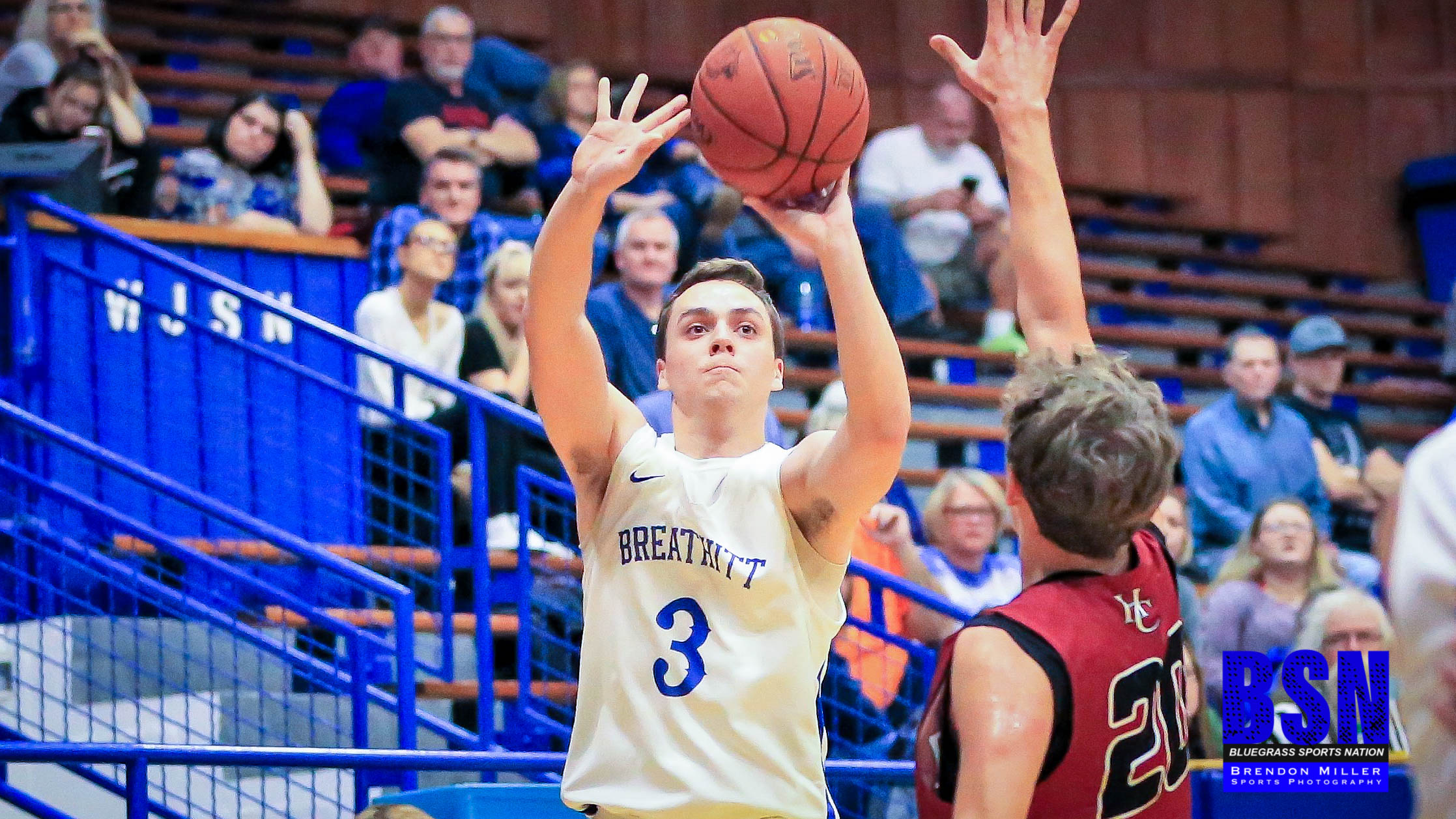 Jack Fugate with 22 to pace Bobcats

Breathitt opened the 2019-20 campaign at the Fairce O. Woods Coliseum on Tuesday night as they welcomed 13th Region foe Harlan County. This year three for Coach John Noble at the helm of the BHS program.

Breathitt opened the game with a lineup of Senior Jack Fugate, Juniors Tyler Christy and Braxton O’Hara, Sophomore Jaylen Turner, and Freshman Luke Bellamy. O’Hara and Turner only joined the team on Monday from the gridiron.

Both teams eased their way into the game with a back and forth 1st Quarter that saw Breathitt lead 14-12 at the break. The 2nd quarter remained close until Harlan ran the final nine of the half from a 33-32 Breathitt lead to set the score at the half of Harlan 31 – Breathitt 23. Fugate led the Bobcats at the half with 9, and Tyler Spurlock led the Black Bears with 14.

The 3rd Quarter was highlighted by a Breathitt 15-0 run to begin the half. Breathitt out scored Harlan 17-9 in the quarter to send the game to the 4th tied at 40.

In the 4th, Harlan took the game over behind Spurlock who scored 11 of his game-high 34 to put this one in the win column for the Bears. Harlan won the quarter 21-13 to move to 1-0, and send Breathitt to 0-1.

Fugate had an exceptional game leading the Bobcats with 22 on 6 made threes. Bellamy, starting his 1st game played well with 8 points on the night.

The Bobcats will begin to round into form in the coming days as the newly added Football players work themselves into basketball condition and practice with their teammates. In addition to O’Hara and Turner, Jacob Noble, Bryce Hoskins, and Blake Ritchie were on floor last night and Brandyn Slaughter and Lane Weddle will join the team in the next week or so.

NEXT GAMES:
Breathitt will take on Jackson City on Thursday Night at 7:00
Harlan Co. will face Perry Central on Friday, Dec. 6th.