Breathitt Football: A Retrospective Look Ahead – Playoff Round 1 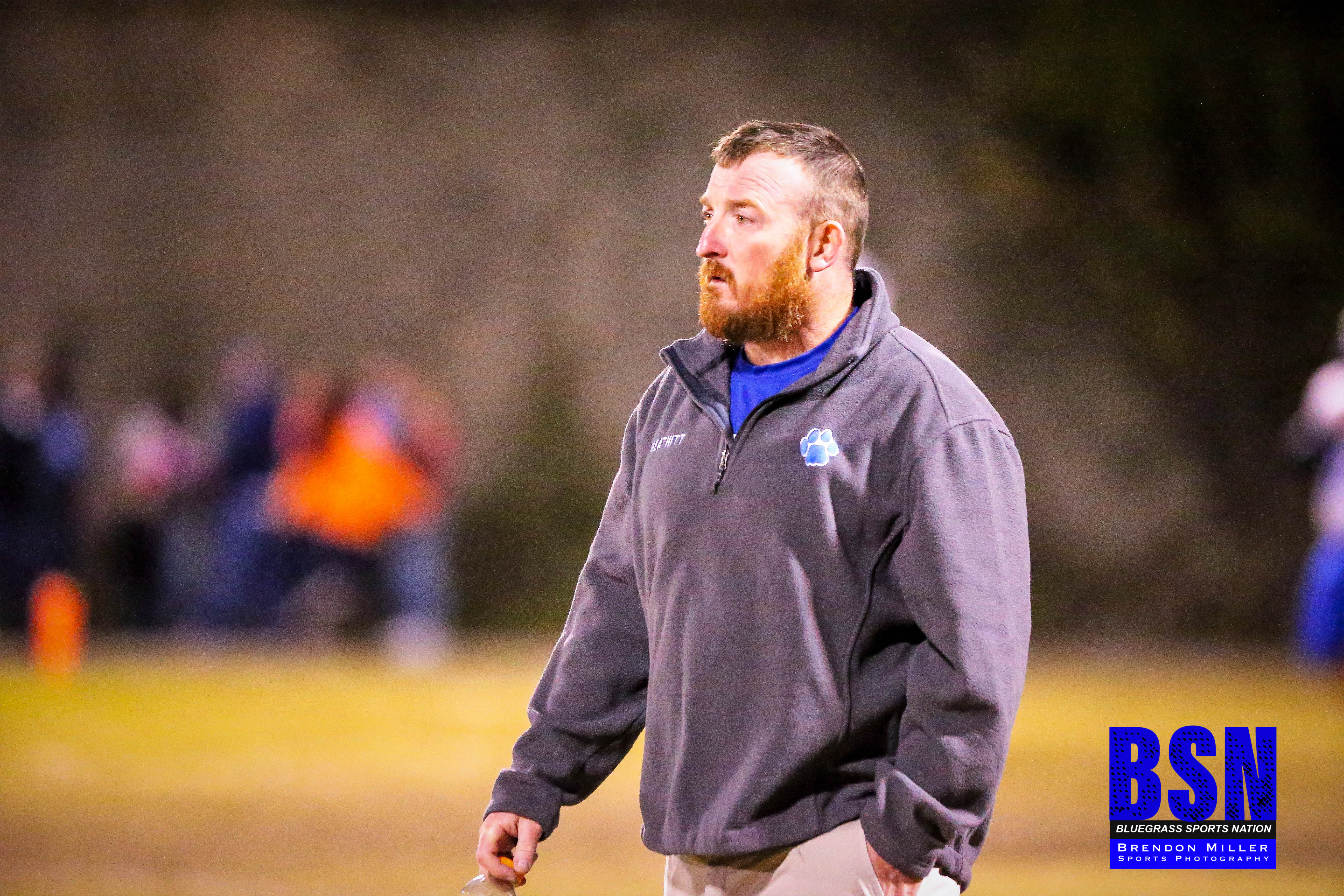 Throughout the 2019 season, BSN has looked back at the preceding game and then looked ahead to the task forthcoming. BSN will continue to do so throughout the playoffs!

A look back at Pike County Central…
I don’t know how many of you ever read the chatrooms over on “Bluegrass Rivals” but they are really funny. It seems like there have been several weeks the guys over there are claiming some opponent is going to “show Breathitt what it is like to have to play a ‘real football team.’” After the game, it is always “Well, who have they played?” The phenomenon is really curious.

So far this season, South Laurel, Estill, Middlesboro (who most of them picked to beat us), Leslie County (who many of them picked to beat us), and then, finally, Pike County Central (who many thought would finally beat Breathitt), have all been “the real football team” which would show Breathitt the error in playing such a cupcake schedule. Oh well…

Against a Pike County Central football team which was really good (if we are being honest) and which ran from a formation we’ve seen, but not running the style of offense the Hawks ran from that formation, the “Nobody Defense” had its hands full. The Hawks ran a Wing-offense from out of the “Pistol” formation, i.e. Johnson Central. The Hawks were also fantastic sprinting out and working the passing game to the flats and some “stop” routes between the 2nd and 3rd levels.

Remember a few things before you criticize the “No-bodies” in surrendering 22-points. On the first TD, the ball carrier was in the grasp outside the goal-line (according to two camera men we had right there, field level) and was stripped of possession of the football by Collins prior to crossing the goal line. Collins, with nothing but open field ahead of him, was on his way toward the opposite end for a TD. The referees blew the play dead and the Hawks were awarded the touch down.

Another of the TDs, a 9-route QB, Hunt, threw to Bentley for six, happened in spite of our corner, Slaughter, being in ideal, inside defensive position. When Slaughter elevated to pick it, and knocked the football (ever so slightly) into the air, PCCHS’ Bentley caught it, one-handed back over his right shoulder, for an unlikely TD.

To begin with, that pass should have never gotten to Bentley for a chance to catch it. Corners are taught to knock that pass down and not tip it up into the air. Secondly, catching it one-handed, back over his right shoulder, off the carom was other-worldly. One don’t see high school receivers converting that play. It’s rare.

What we are trying to say is one of the three TDs wasn’t a TD at all and should have been six the other way. Another one, making it two of the three, was a ball Slaughter either picks or knocks safely away,  9 out of 10 times. Even where he does exactly what he did here, the carom is still one which a HS receiver mishandles 99 in 100 chances.

Offensively, the performance was impressive. That is about all one can say. For starters, the Bobcats, behind its “Big Blue Wave” with the receivers, backs, and everyone actively blocking multiple levels of defenders, gained 345-yards rushing in only 30 carries. The team scored 8 rushing TDs. Senior, CA “Geeny” Collins had quite an outing. He carried it 15 times for 281 yards with 7 rushing TDs, setting a new mark for TDs scored on the ground by a Breathitt County Bobcat in one game.  On the year, Collins has carried it 77 times for 1,218 yards rushing with 27 TDs. That is 15.82-yards-per-carry and a TD every 2.85-times the ball is handed to him.

The entire team has gained 2,196-yards rushing this season (in 10 games) on only 208-carries. The ground forces have scored 50 rushing-TDs during the regular season in finishing 10-0. On the year, Breathitt tailbacks have averaged 10.56-yards-per-carry and have scored a TD every 4.16th-carry. Amazing, but that is how teams go 10-0, now isn’t it?

On many levels this performance, against a fine Pike County Central team, was good. Breathitt overcame adversity, came out of it healthy, and had to overcome a flat, uninspired start. The Bobcats had to overcome early miscues and mistakes and entered the second quarter trailing for the first time all season. Even with all of that being both said and entirely true, the margin of victory was still 34 points.

A look ahead to Knott County Central
The first thing of note is this game is on the Riverbank where Breathitt really does enjoy quite a home field advantage feeding off the crowd’s energy. It is win or go home from this point forward and no one can be taken lightly.

The hard part about not taking Knott lightly will be October 18. That was the date the Bobcats went to Knott County and beat them 56-8. Jalen Turner was 4-4 throwing the football in that game for 129-yards and 2 passing TDs. Braxton O’Hara was 2-2 for 68-yards with a TD pass of his own.

Breathitt rushed the football on October 18th only 11 times all game, gaining 129-yards. While the total rushing output was not what we have averaged this year, 5 of the team’s 11 carries went for TDs. The defense picked off Knott County Central 4-times in that game, a feat they would replicate the following week when playing Leslie County. The “Nobodies” have picked off opposing QBs 21-times this year. Against Knott, the Nobodies would also have 5 tackles made behind the line of scrimmage.

Final Analysis
The Bobcats are overwhelming favorites in this game and should advance to the 2nd round of the playoffs.