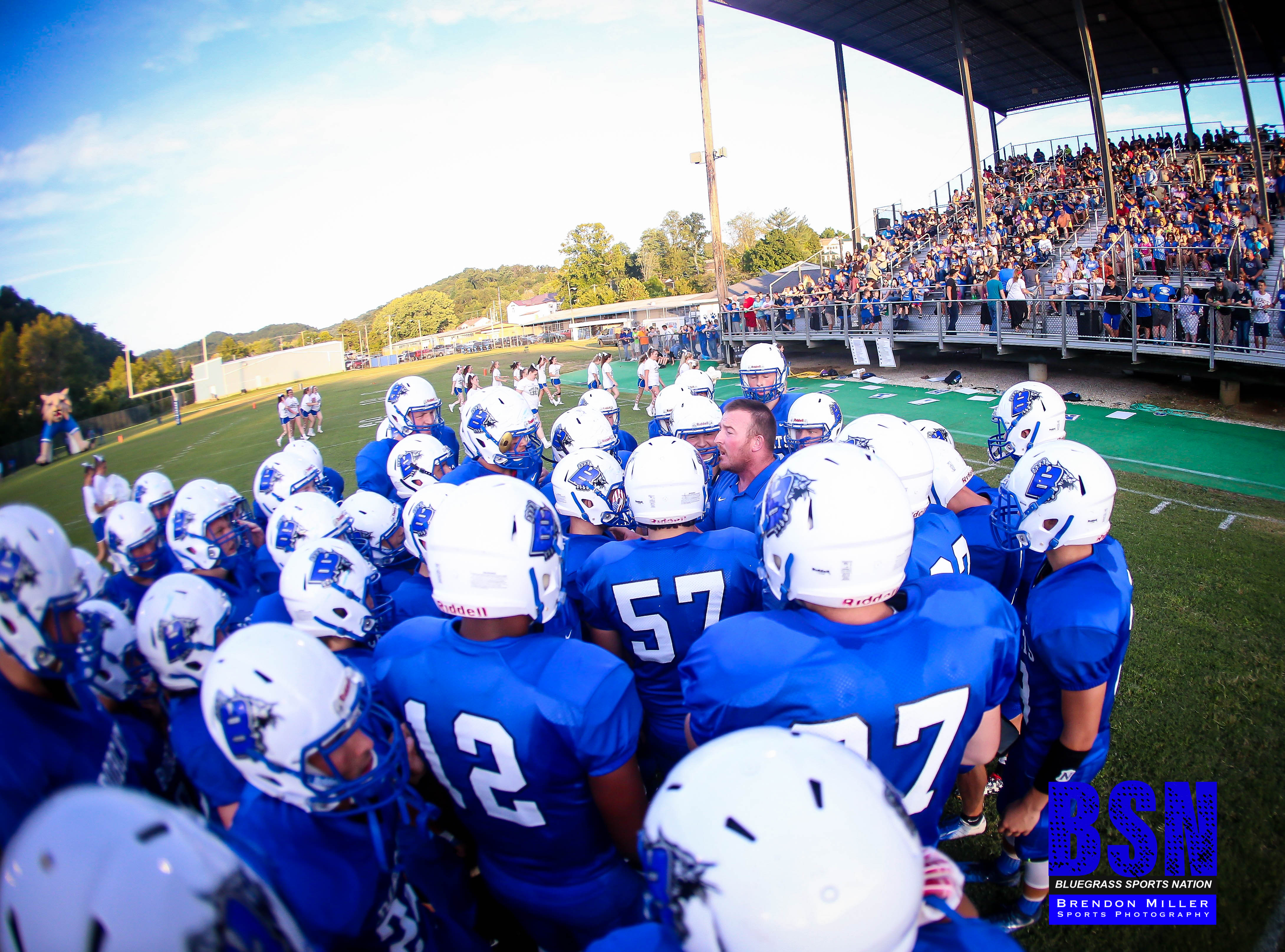 Looking back at Middlesboro, Round II, then ahead to Walton-Verona in the Regional Championship Game

A look back at Middlesboro…
In a testament to Middlesboro, a much improved football team showed up on the River Bank this past Friday night. Middlesboro had a tremendous season and everyone in that program should be mighty proud of the new direction on which Coach French has that team traveling.

The Yellow Jackets were 1-10 a year ago and, this year, improved to 8-4, hosted a first-round playoff game (which it won in run-a-way-fashion), and played for a district championship. None of this was forecast coming into the season.

It didn’t appear the Bobcats played too well, but I would imagine some of that is attributable to the Yellow Jackets’ improved play. That being said, the Bobcats’ gained 244-yards rushing on 28 carries with 5 rushing TDs, throwing for another 99-yards with 2 passing TDs, so the performance wasn’t too shabby.

Charles “Geeny” Collins continued his strong play with 152-yards rushing in only 11 carries and ran his season total of rushing TDs up to 31 in only 91 carries. That is nothing short of phenomenal. Collins also stretched out for a beautiful TD reception on a laser Turner threw him in the first half, the sequence of which was captured on photograph and can be seen in a post from Friday Night.

The defense was stout again in Round 2, particularly after permitting Middlesboro to recover the opening “onsides” kick to begin the game. Outside of the one run broken by Jabari Kyle in the second half, the defense throttled the Yellow Jacket attack all night long. For the game, Middlesboro managed only 156-total yards of offense in 39 plays from scrimmage with reserves playing much of the fourth quarter.

Now for a little excitement…the Bobcats will have to play a team in Round 3 it didn’t play during the year. This team, Walton-Verona, also played in the semi-finals a year ago and have an excellent 9-3 slate entering Friday’s contest. As Coach Holcomb told me after Friday night’s game, “Now, the fun starts!”

A look ahead to Walton Verona
We can best describe this match-up via the below pictorial. We have spliced that together from off the Maxpreps.com website. That particular website hasn’t analyzed this matchup as the people at MaxPreps still think Breathitt is playing West Carter.
They haven’t been clued in yet to the RPI, re-seeding, KHSAA method being employed this year. They still think the brackets have meaning, which they don’t.

To recap, both the East and the West have been reseeded, 1-4, concerning who remains. Breathitt is the East’s top-seeded team, with Beechwood seeded 2nd, West Carter 3rd, and Walton-Verona, 4th. Breathitt will play Walton-Verona on the River Bank in the 1-4 game and the 2-3 game will pit two equally matched teams in Beechwood hosting West Carter.

Now should Breathitt win on Friday night, there will be another re-seeding. For the final four teams, the KHSAA will seed them 1-4 Kentucky-wide. We will have to see who’s left standing before we will know for sure where Breathitt will be playing for the Semi-State.

As for the Regional Championships, take a look at the below table which compares the 1 and 4 seeded teams and how good they are according to the computer…

For point of reference, here are the other Kentucky teams the Calpreps computer believes to be in the same “league,” ability-wise, with the opponent we will face this Friday night…

Notice that Middlesboro, is ranked just two-slots below Walton-Verona coming off a 50-15 loss. By the way, losing does impact where a team is going forward. For instance, coming into our game with Middlesboro, Breathitt was ranked 58th-all-classes and jumped 10 slots because of the win to number 48.

Final Analysis
So what does all this mean? Well, we have seen the accuracy all-year of the Calpreps.com algorithm. While it isn’t perfect, it ain’t too bad either.

Walton-Verona can certainly win this game Friday night and it would be suggested the Bobcats be ready to play. When you’re playing for Regional Championships, every opponent has to be taken seriously.

All of that being said, this is a game where Breathitt is a better football team according to science. If the Bobcats show up and play “Breathitt County Football,” and don’t allow Walton-Verona to capitalize from off of mistakes, Breathitt will be tough to beat by this particular Walton-Verona squad this coming Friday night.