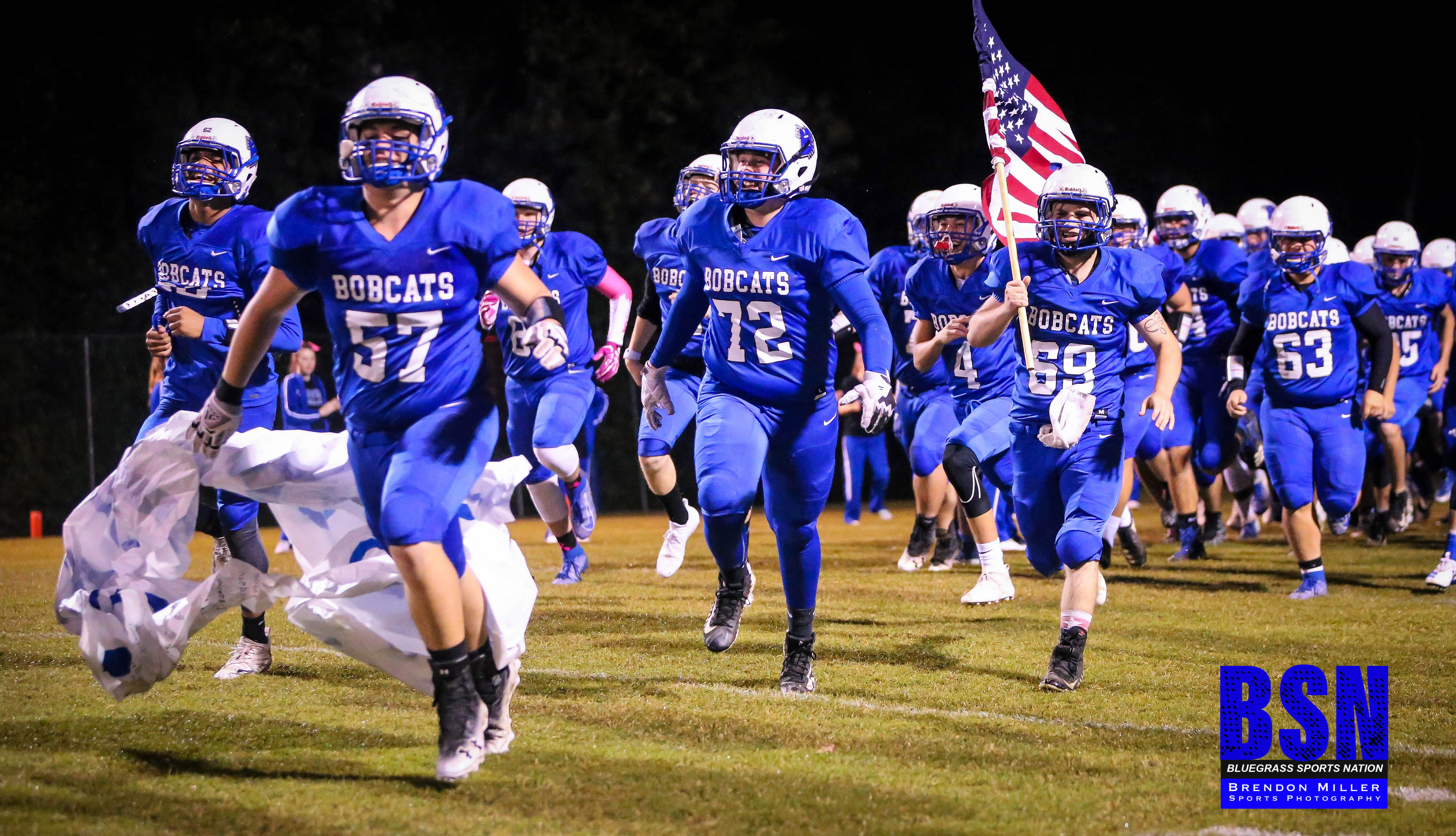 Looking back at Leslie County then ahead to Pike County Central. The game with the Hawks may come down to “The Nobodies”

In this edition, we will look back at the district championship clinching victory over Leslie County then ahead to the problems a very talented Pike County Central team will bring to Jackson, Kentucky when they visit the River Bank on Friday night.

A look back at Leslie County…
These two teams usually play a game which comes down to a play or two at the end of the contest before the winner is revealed. Breathitt fans remember the game a year ago at Leslie where the Eagles appeared to have the Bobcats beaten before a late penalty gave Breathitt County all the last-minute chance it needed to escape with victory. If there was a surprise this past Friday night, it wasn’t Breathitt’s winning, it was Breathitt’s winning so convincingly.

If there has ever been a game the third phase of football (special teams) has won for the Bobcats all year, it was Friday night’s game with Leslie County.  Lane Weddle has been surgical this season with directional kickoffs, pinning teams against the sideline and deep in their own territory, and securing for Breathitt County the ability to play football on the opponent’s end of the field for the lion’s share of its first 9 games. Friday night, Weddle staked the Cats to an extra possession and a point opportunity right out of the coin toss. His opening salvo against Leslie County was just plain, ridiculous brilliance.

Weddle’s opening kick-off pinned Leslie’s returner up against the sideline, inside the 15-yard line, with an end-over-end, hard to handle, spinner. The kick was lofted sufficiently to enable its being immediately recovered by Brandon Slaughter upon the returner’s inability to “handle” it.  Even the kicks which Leslie eventually fielded were difficult to handle. The game long battle for Leslie’s returners to handle the Weddle kick-offs negated any reasonable ability for the Eagle returners to break a decent return.

Statistically, the game’s score was about the only statistical category in which Breathitt County was completely dominant. Leslie County actually gained more yards on the ground than Breathitt County and they had the same number of carries.
The reason the game was 50-0 at the half, and 56-6 at the final horn, was owing to the ability of the “Nobody Defense” to dial up heat on the Eagle’s QB. This “heat,” though it didn’t result in a single QB sack, still resulted in Zach Parker’s lofting up passes which ended up being snagged by Breathitt’s DBs with almost the same frequency as Leslie’s WRs.

On the night, Breathitt picked off 4 passes and had 109 yards in returns including Jacob Noble’s 48-yard, nifty pick-six. With that pick-six, CA Collins’ kick return for a TD, and the opening TD scored from off the mishandling of the opening kick-off, the Bobcats benefited from three scores against Leslie for which the offense had very little of the lifting to do.

A look ahead to Pike County Central
There are people who believe Pike County Central will be the best team the Bobcats have seen this Fall. Among the “experts” who believe this to be true would, you may count the CalPreps.com computer algorithm used by MaxPreps.com to rank Kentucky High School football teams from worst to first.
We don’t work for either CalPreps.com nor MaxPreps.com, so there is no reason, other than it being true, for the following statement. There is not a more accurate predictor of high school football in the Commonwealth of Kentucky than the CalPreps.com computer algorithm, however, it is infinitely more accurate than the KHSAA’s Power Index.

That is why we claim the algorithm used by MaxPreps.com and CalPreps.com is infinitely more accurate than what the KHSAA is using. Unless you think there are 9 high school football teams which beat Male, with Male unable to stay on the field with Kentucky’s highest Power Indexed team, KCD, we rest our case.

Breathitt averages 49.7 points a game on offense while Pike County Central is also impressive on offense, averaging 38.6. Where the difference exists between the two is on the defensive side of the football which is why we have maintained Breathitt’s famed defensive unit, “The Nobodies,” could be the difference on the River Bank on Friday night.

We generally don’t comment on injuries but Matt Anderson, a 240-pound, freshman RB, left the Belfry game injured and the indications out of Pike County is that he will be a game time decision on Friday night. That would hurt their chances a bit. Anderson has gained, primarily in just 8-games, 1,240-yards in 130-carries with 12-rushing TDs. Without him, we know who will be handling the football, though we don’t know whether he will be throwing or running it.

QB Tyler Hunt can both run and throw it well. On the ground, Hunt has gained 993-yards rushing on the year in 119 carries with 15 rushing TDs. Through the air, he is 47 for 80 for 700-yards passing with 13 TD passes against only 3 interceptions. Clearly, he can throw it effectively. Clearly, he’s more of a run-threat than a passing threat.

Final Analysis
Pike Central is tough to defend and they score points. They will be tough to handle and Breathitt can’t afford to play sloppily.
Should the Bobcats play as well as we played against both Leslie and Middlesboro, it would be entirely reasonable to believe we will finish this season 10-0 and headed to the playoffs “the right way.” Pike is certainly good enough to win this game, but if Breathitt does not beat themselves, the Bobcats should get the W.

On another note, and this is equally important. Little boys play “football” in the back yard as youngsters posing as their favorite Bobcat player. In those back-yard games, the boys pretend to play in games just like this game Friday night on the River Bank. Good players play football at Breathitt County High School to play in games like this upcoming one on the River Bank.

At Breathitt County, perfect seasons and championship caliber play is a matter of tradition. This game is huge and will send the Bobcats into the playoffs.