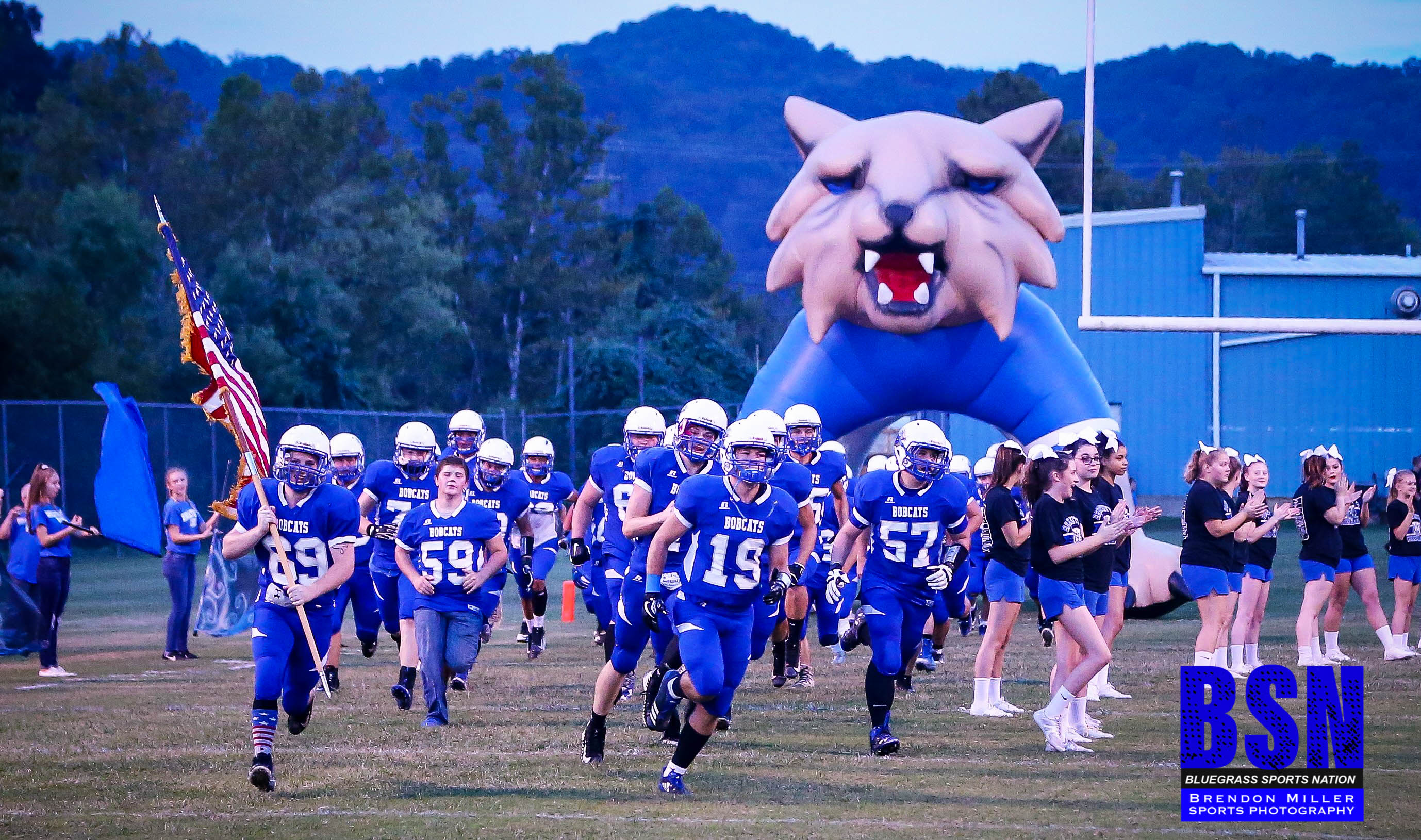 The Bobcats will have to get their wins away from Mike Holcomb Athletic Complex in 2020 as their travel heavy schedule has now been revealed. A new group of Bobcats will look to build on the 13-1 State Semi-Finalist campaign of in 2019.

The delay of the start of the season due to COVID-19 has amended the original schedule in that home games against Hazard and Magoffin County will not be played as well as a road contest at South Laurel. Coach Kyle Moore was unable to pick up a game on the previously scheduled open date of October 9th, so the Bobcats will only play eight in the currently scheduled nine weeks of the regular season.

Of course this schedule is all dependent upon any KHSAA Board of Control action of their meeting scheduled on Thursday, August 20th.

SEPTEMBER 11th – at ESTILL COUNTY
The Bobcats head to Irvine to open the season against the Class AAA Engineers in the 2nd year for Head Coach Jordan Marcum. The Engineers were 5-6 last year including a 50-13 loss at Breathitt on September 13th.

SEPTEMBER 18th – at POWELL COUNTY
In game two, the Bobcats head back West to Stanton to face the Pirates. Former Estill Head Coach Mike Jones takes takes the reigns of the Class AAA Pirate Ship. Powell was 3-8 last season and were defeated 56-6 in Jackson on September 20th.

SEPTEMER 25th – KNOTT CENTRAL
Home opener against District Rival Knott Central and Coach Larry Maggard. Breathitt defeated the Patriots 56-8 in Hindman on October 18th, and 48-6 in Jackson in Round 1 of the AA KHSAA Gridiron Bowl as part of Knott’s 2-9 season in 2019.

OCTOBER 2nd – MIDDLESBORO
Huge District Game on the River Bank as the YellowJackets and Coach Larry French come calling. The teams met twice last season with Breathitt winning 57-7 in Middlesboro on September 27th and then 50-15 in Jackson in Round 2 of the AA KHSAA Gridiron Bowl. The Jackets were 8-4 in 2019.

OCTOBER 16th – at MORGAN COUNTY
The Bobcats head to West Liberty to take on the Cougars in a District game. Breathitt got the win 35-6 on October 4th.

OCTOBER 23rd – at LESLIE COUNTY
Breathitt heads to Hyden for to complete the District slate. Breathitt got the better of the Eagles 56-6 on the River Bank on October 25th. The Eagles were 5-5 in 2019.

OCTOBER 30th – at PIKE CENTRAL
The Bobcats give a return game to Pike Central who came to Jackson to end the regular season last year with Breathitt prevailing 48-6. The Class AAA Hawks were 8-4 in 2019.

NOVEMBER 7th – at PAINTSVILLE
Breathitt add the Class A runners up from 2019 in the extra week. Coach Joe Cherico and his Tigers were 11-4 in 2019 with two losses to Class A State Champ Pikeville.

Should be a great season, and you will be able to follow it all here on BSN with our weekly Bobcats coverage along with our weekly Webcast of the each game!!! Given the number of road games and venues, some games may be a challenge to Webcast, but the BSN crew of Rob Hounshell and Ty Back will bring all the action back to you in BC!

As usual, I will bring you the interviews and pics from each game along with new BSN photographer this year Caleb Bates!!!!