Breathitt Middle Slugs Out a Win over Johnson Central 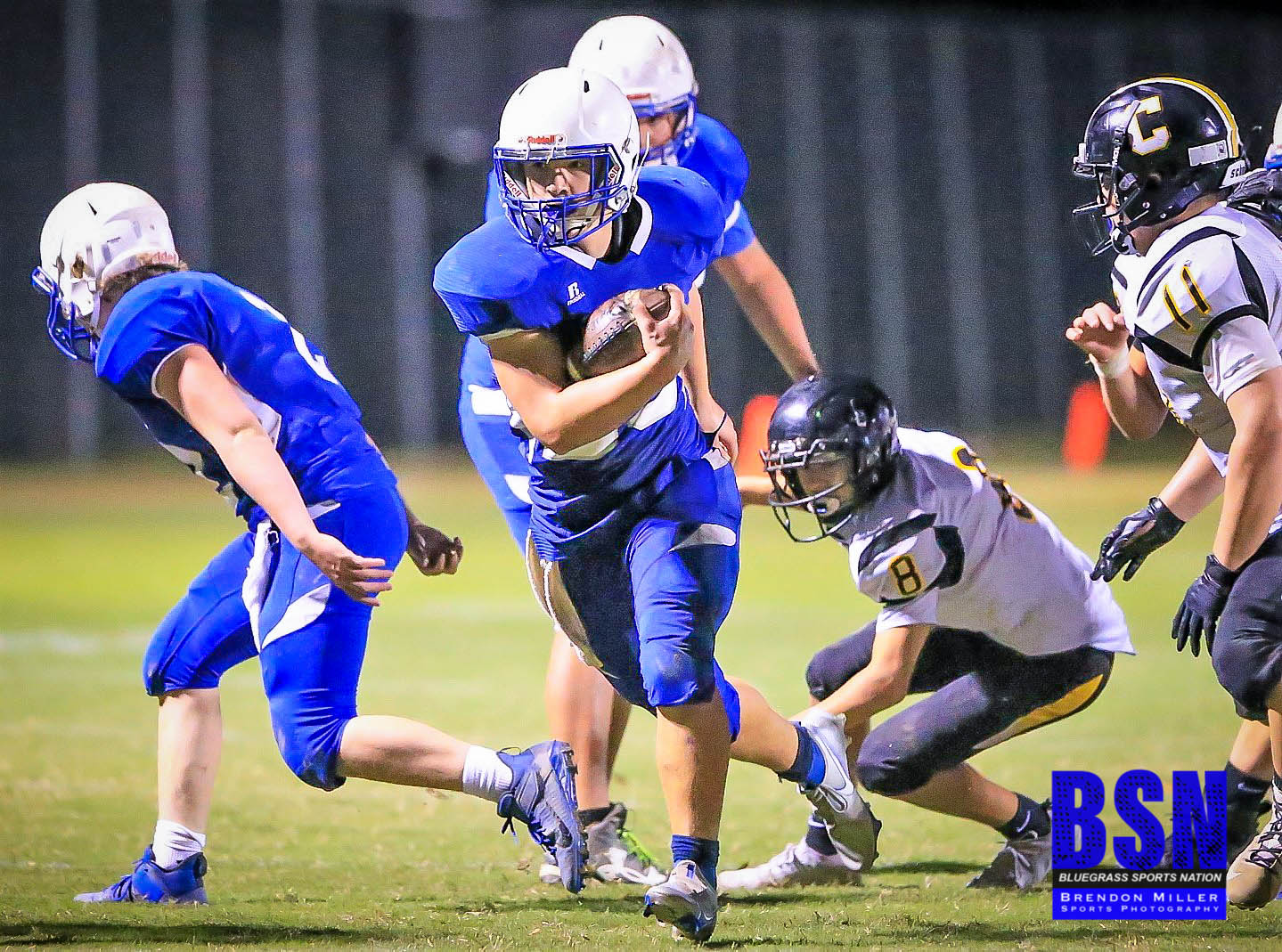 The Middle School Bobcats sure “ain’t ducking nobody.” I say that in a double negative to provide a little emphasis. Coach Shorty Combs believes in the addage that iron sharpens iron, and continues to schedule the best Middle School teams in the area for his young Bobcats to battle. Johnson Central, not only a Mountain football juggernaut, but a statewide powerhouse, came to the Riverbank on Thursday Night, and the Bobcats continued to “get sharper” with a big W.

Not only was it a win, but another impressive performance. For the second consecutive game, the Bobcats were basically one play away from a shutout on the defensive side of the ball, and the offense continued to just line up and play “Big Boy Football” by smashmouthing it down the field all night long.

Breathitt controlled the ball and just ate up the clock with it’s stable of power backs Kory Combs, Jason Tolson and Jayden Gibson. That group has now been joined by the speed of John Carter Hollon who played for the first time last night after suffering a preseason inury. The Johnson & Johnson connection of Aaron David to Brayden just keeps on making big plays in crucial moments. The offensive line of Ty Clemons, Sawyer Hall, Carson Miller, Waylon Abner, and Chris Neace are just flat one of the best units witnessed.

On defense, the line rotation of Hall, Abner, Ethan Bowling, Colby Bird, and Hoss Stamper continually affect the line of scrimmage, with the backers of Tolson, Combs, Gibson and Leland Hays making plays. The secondary of Brayden Johnson, Brayden Barnett, Alex Strong and Hollon are growing.

Statistically – Breathitt ran 37 plays on the night (not including conversion attempts) with 10 first downs and three plays on which they scored. Johnson Central ran 20 plays with a single first down and a single scoring play.

GAME RECAP
FIRST HALF
– Johnson Central received the opening kickoff at their own 22 and the Bobcat defense (despite an offside penalty on them) forced a fourth and 2 from the 30, which JCMS went for. The runner was tackled for a loss and Breathitt took over on downs at the JCMS 29.
– BMS drove seven plays for the opening score as Kory Combs took it in from six yards for the score. Combs’ pass was incomplete on the conversion.
– JCMS received the ensuing kickoff at their 38 and on the third play, ran a play action pass in which Dalton Matney hit Logan Music down the right sideline for a 57 yard touchdown on a beautifully thrown ball. Seth Davis ran in the conversion.

– BMS began the next drive on their 35, and went on a 10 play drive picking up three first downs, but were stopped on downs in the red zone.
– JCMS ran two plays before the half.
SECOND HALF
– BMS received kickoff on their 44 and wend on a 13 play drive that would end in an Aaron David Johnson to Bryaden Johnson touchdown on a swing pass in the right flat. Kory Combs went untouched on the conversion.
– JCMS took the kickoff at their 39 and faced a fourth and five on their own 44 and again went for it on fourth. The Eagles picked up their first first down on the game on a dive play up the middle by the nose of the ball on the measurement from a generous spot. That was all that the Eagles would get as they were forced to punt three plays later.
– BMS took over on their 42 wit 3:35 left in the game and then went 58 yards on seven runs resulting in Combs sprinting into the end zome from the 16 with :36 on the clock. Pretty impressive that, with the game on the line, and all on the ‘Bank knowing the Bobcats would run, BMS just lined up and drove it down the field. The conversion was stopped.
– JCMS – The Eagles ran four plays before the final horn blew.

UP NEXT
Breathitt is next scheduled to take on Perry County on Thursday, October 22nd at Perry.