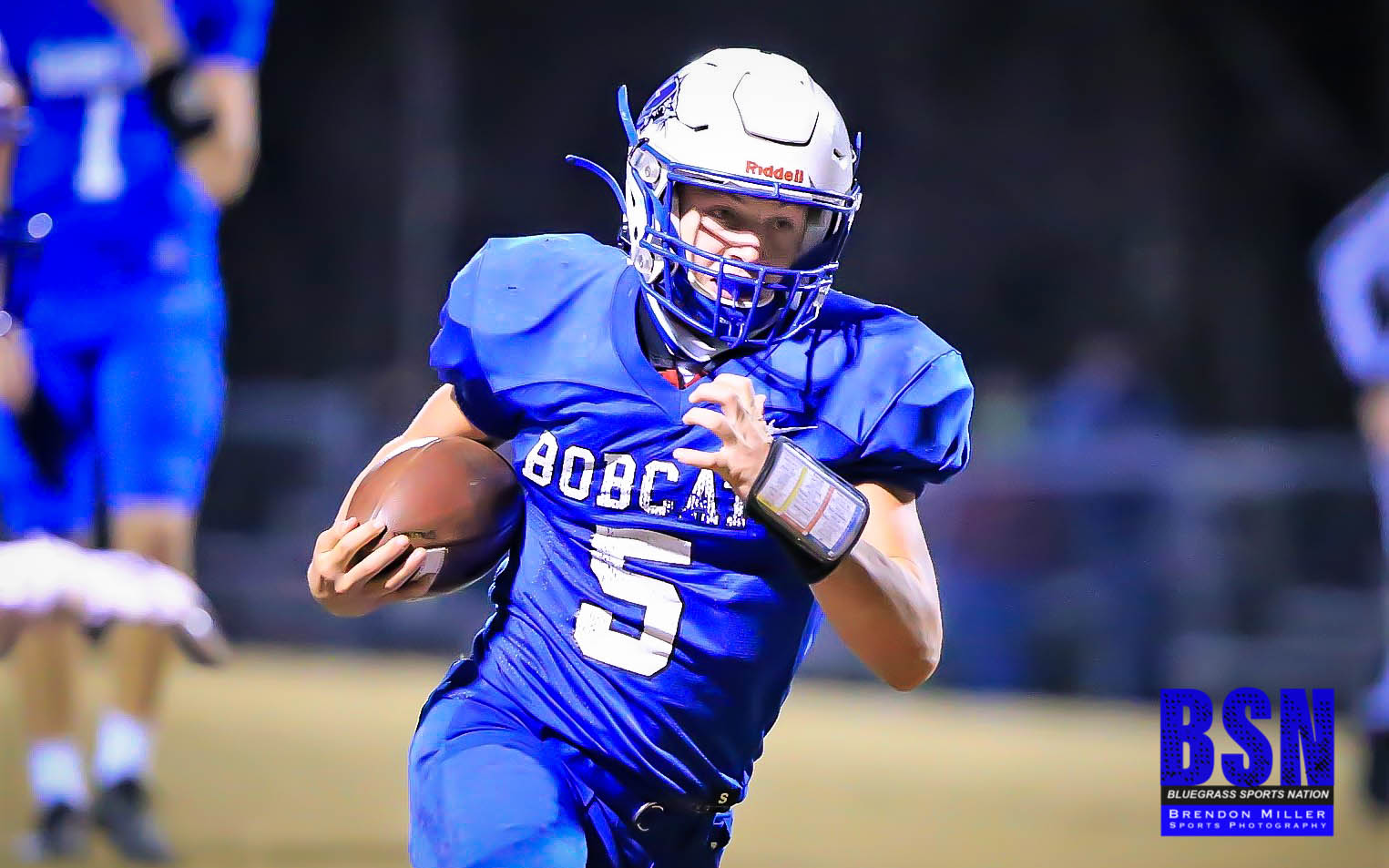 Breathitt shot some offensive fireworks on the River Bank on Friday Night to open the 2020 UK Othopedics/KHSAA 2A Gridiron Bowl. The Bobcats finished the shortened regular season averaging 41 points per game over the span of five games with their lowest production being the 26 posted against Greenup County. The Bobcats surpassed that average and topped the 60 point mark for the second time this season in the win over Knott.

Breathitt is powered by the duo (and we will go ahead and call them dynamic) of Lane Weddle and Jaylen Turner. Through a season of quarantine, sickness and injury, it has become quite clear that of all the Bobcats on the roster, the two most indespensible are Weddle and Turner, and that is on both sides of the ball. Both had a huge nights, and the stats back it up.

Weddle ran nine times for 141 yards, and a touchdown, caught two passes for 40 yards, both were for touchdowns, and returned an interception 72 yards for a pick 6.

Turner ran six times for 85 yards and two scores, threw 9 times for 97 yards and four touchdowns, and intercepted a pass with a spectacular leaping grab.

Both have been the leading tacklers on defense on the season from their positions in the secondary.

The Bobcats rolled up 379 yards on the ground on a night in which three-fifths of their offensive line was not on the field and only center William Long was in his regular position. In the line shuffle, starters Conner Deaton (injury), Dylan Spencer (sickness) and Evan Miller (sickness) were down with Freshman Jason Perry and Sophomores Michael Hudson and James Ogans up. Left guard Teegan Smith ventured over to right tackle and put in an excellent shift. In addition to the success of Weddle and Turner, Freshman Caden Bowling ran for 89 yards on 10 carries and a touchdown behind that crew.

Despite the offensive performance, the defesive side of the ball was again suspect and a great concern for the Bobcats going forward. Knott Central’s Ethan Combs had a big night for the Patriots as he threw for 243 yards on 14 completions and four touchdowns.

Landon Smith had seven catches for 154 yards and two touchdowns. The Patriots accumulated 369 yards in total offense on the night.

UP NEXT
Breathitt will host Leslie County in the 2nd Round/District Championship Game next Friday, November 27, 2020 on the River Bank. BSN tentatively plans to webcast the game depending upon KHSAA permission.