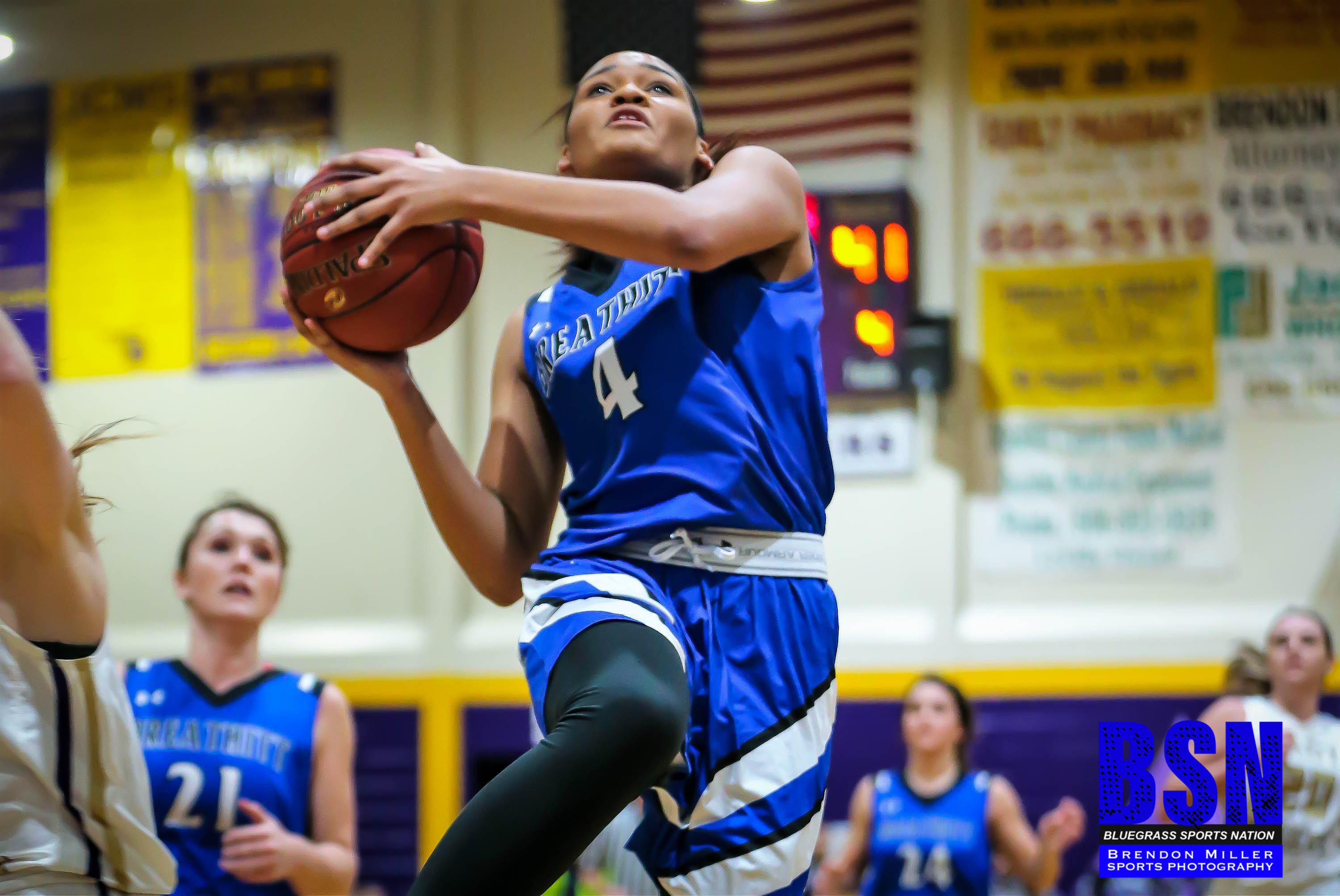 Freshman Adreonna Schutz with 24 to lead the LadyCats.

Breathitt used defensive pressure to hold Jackson scoreless for the first 5:42 of the game and without a field goal until the 4:18 mark of the 2nd Quarter, and would go on to prevail in the match up of familiar foes. At the end of the 1st Quarter, Breathitt led 11-2 and Jackson could not recover from the early deficit despite a valiant effort. The LadyCats were led early in the game by Seniors Amy Brewer and Hannah Griffith, as each had multiple steals and combined for nine of the LadyCats’ 11 points in the 1st Quarter.

Jackson began to get into the game in the 2nd Quarter behind Senior Megan Ernst. Ernst had 11 of her game-high 25 in the Quarter to keep the Lady Tigers within striking distance and get to the half with some momentum down by nine 26-17.

Breathitt took control of the game in the 3rd Quarter behind Freshman forward Adreonna Schutz. Schutz had 11 of her team-high 24 in the Quarter to extend the LadyCat lead up to 18 at the end of the Quarter 49-31.

Jackson again rallied in the 4th Quarter and again behind the scoring of Ernst who had 10 in her final Quarter as a Lady Tiger. However, the LadyCats were able to close out the game to advance.

Breathitt improves to 17-12 on the season and will play Top-seeded Wolfe County on Friday night from the District Title in Campton. Tip time is 7:00.