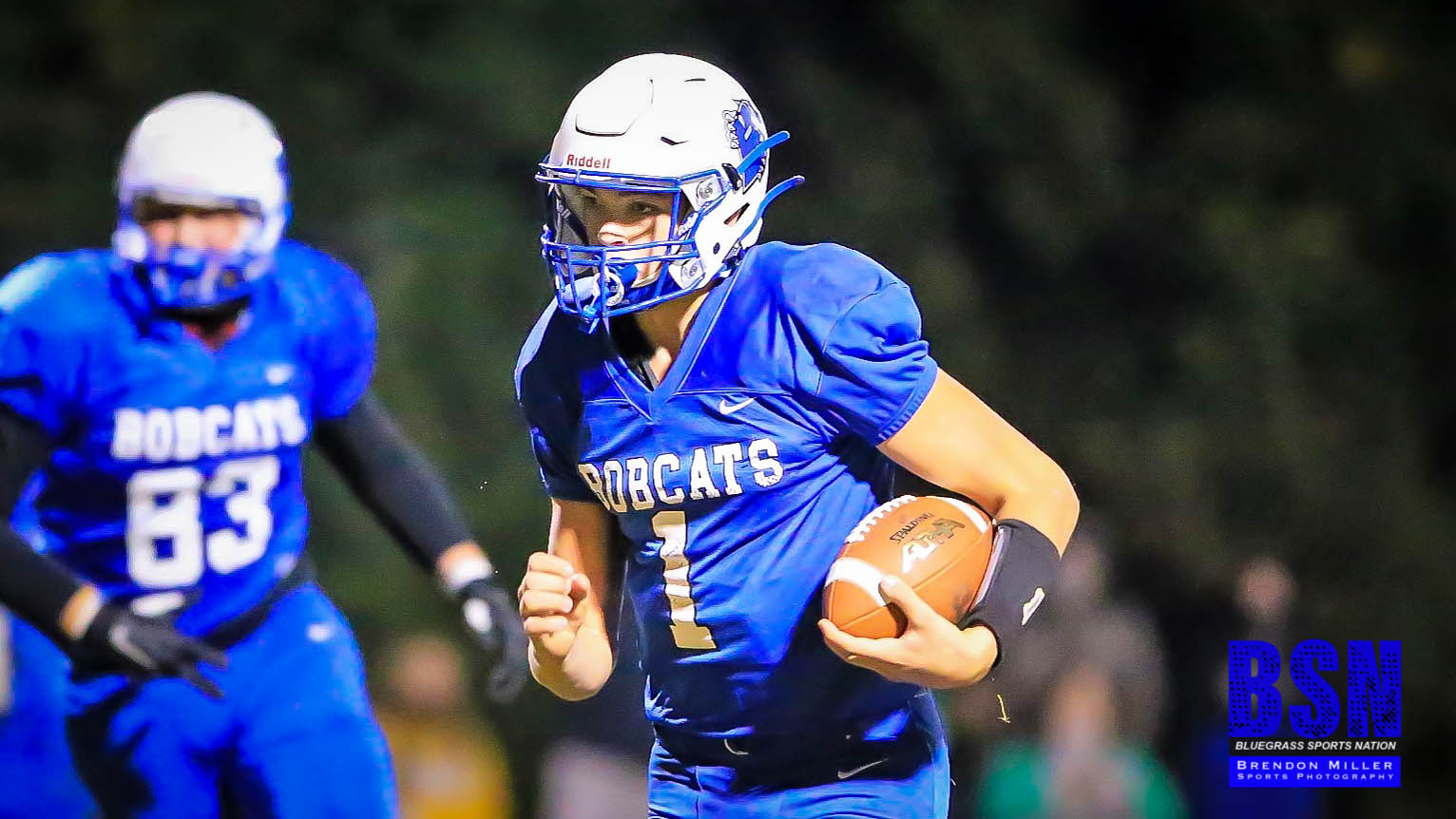 Breathitt County picked up win number four on the season on Friday Night with a gut check win over Greenup County. Breathitt and Greenup were able to agree to play on Wednesday as both team had their previously scheduled games cancelled this week due to COVID considerations. Both teams had little time to prepare for the other, and a cold front brought a chill to Mike Holcomb Athletic Complex for the coldest night of the year to date.

Greenup brought physicality to the Riverbank and controlled both sides of the line of scrimmage for most of the night. No doubt Green won the battle in the trenches as the Musketeers rushed the ball 43 times for 248 yards (5.7 per) opening big holes in the Bobcat front seven, forcing safeties Jaylen Turner and Lane Weddle to repeatedly make tackles. On the opposite side, Greenup limited the Bobcat rushing game limiting them to 64 yards on 25 rushes. (2.56 yards per rush).

On the night, Greenup gained 402 yards on 62 plays while Breathitt mustered 315 on 53 plays. Musketeer Freshman Ike Hunderson rolled up 136 yards on 23 carries and Brady Clevenger had 84 yards on 13 carries mostly between the tackles.

Breathitt was forced to do their damage through the air as Turner was 11 for 27 for 215 yards. Austin Sperry was targed the most with 4 catches for 107 yards and a touchdown. Lane Weddle caught four balls for 88 yards including the momentum changing 4th Quarter touchdown.

The entire game was marred by multiple penalties on each team. Greenup took the lead with 8:08 to go in the 4th as Carson Wireman connected on a 27 yard pass to Brayden Craycraft to put the Musketeers up 19-14. The lead was short-lived as Breathitt immediately struck back as Turner hit Weddle on a pass down the sideline and Weddle sprinted to the endzone to put the Bobcats on top 20-19. On the succeeding possession, Turner intercepted Wireman and raced to the endzone. Greenup blocked the extra point to keep the lead at seven. The Bobcat defense managed to see the game out from there.

NEXT
Breathitt travels to Leslie County (2-3) on October 23rd for a District matchup. Leslie defeated Knott Central 32 – 14 on Friday Night.