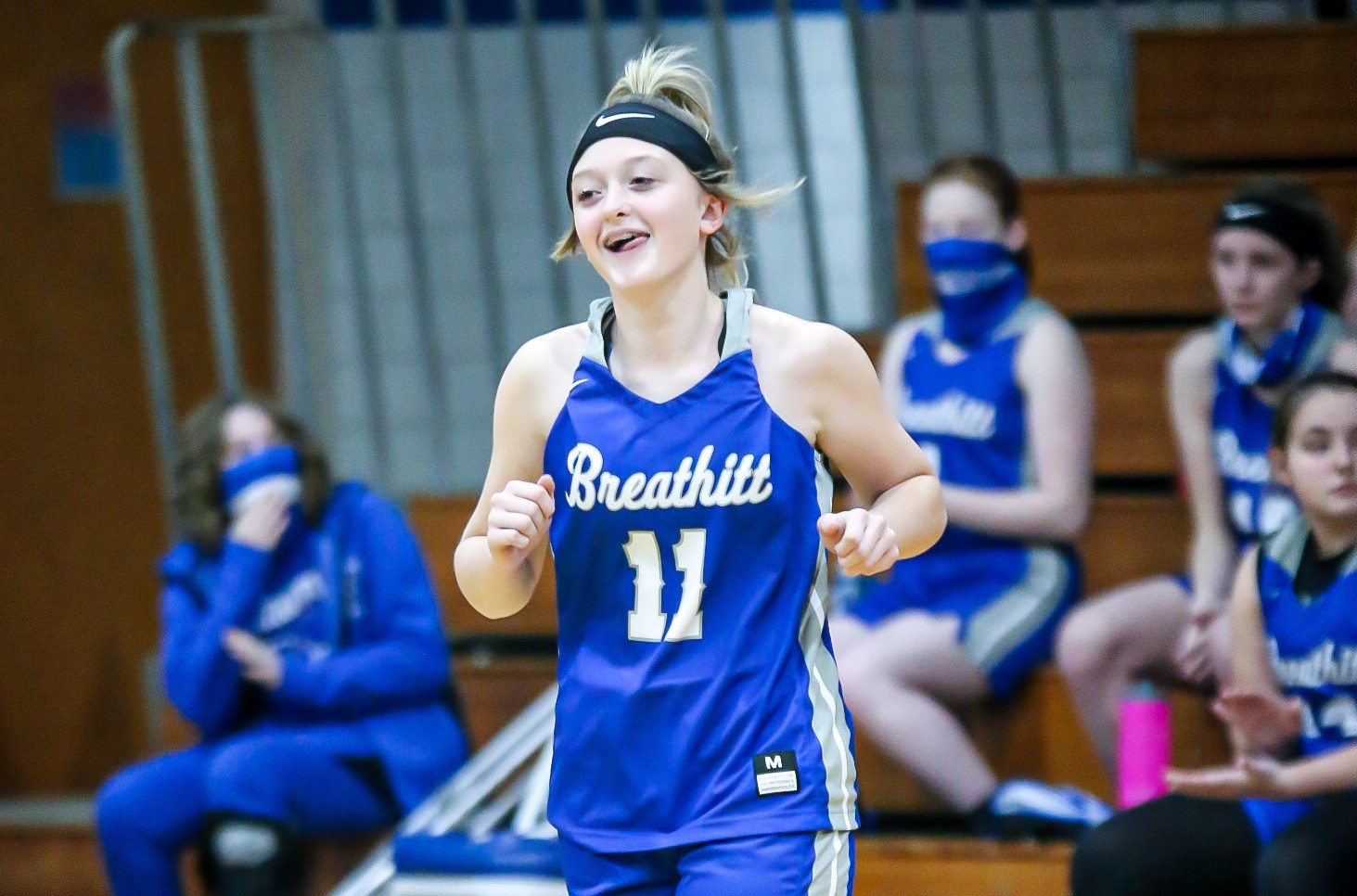 BreAnna Tincher led all scorers with 32

55th District and cross-town rivals, Jackson City and Breathitt met for the first time on 2021 on Friday Night at J.B. Goff Gymnasium. Jackson staged a furious 4th Quarter comeback, and Breathitt, for the second time in two nights, had to hold on down the stretch for the win.

1st QUARTER
LadyCat Freshman Maddie Haddix showed her athleticism and skill on Friday night and opened the game with four. Emalee Watts hit a 3-pointer. For Jackson, BreAnna Tincher opened her account with six, and Addie Turner hit a 3-pointer. End of the 1st, the score was tied 11-11.

2nd QUARTER
Jackson had a hard time putting the ball in the basket in the 2nd, only posting five in the period. Haddix again led the LadyCats with seven of what would be her team-high 16, and Jerrica Neace had four off the bench. At the half, Breathitt led 25-16.

3rd QUARTER
Tincher began her 2nd half scoring onslaught with five baskets and a total of 11 in the period, being all of the Lady Tiger points. Adreonna Schutz scored seven, Kaylee Clemons four, and Haddix added another 3-pointer. Headed to the 4th, Breathitt lead by 15, 42-27.

4th QUARTER
Tincher and Riley Turner led a furious comeback as Tincher personally out-scored Breathitt in the quarter with 13, and Riley had 10 or her 15 on the night. The Tigers were 12 of 17 from the line. Sophomore Riley Bush kept the LadyCats in the lead with eight.

Breathitt is now 1-0 in 55th District play and Jackson falls to 2-0. Breathitt takes on Wolfe County on Monday at Fairce O. Woods Coliseum.