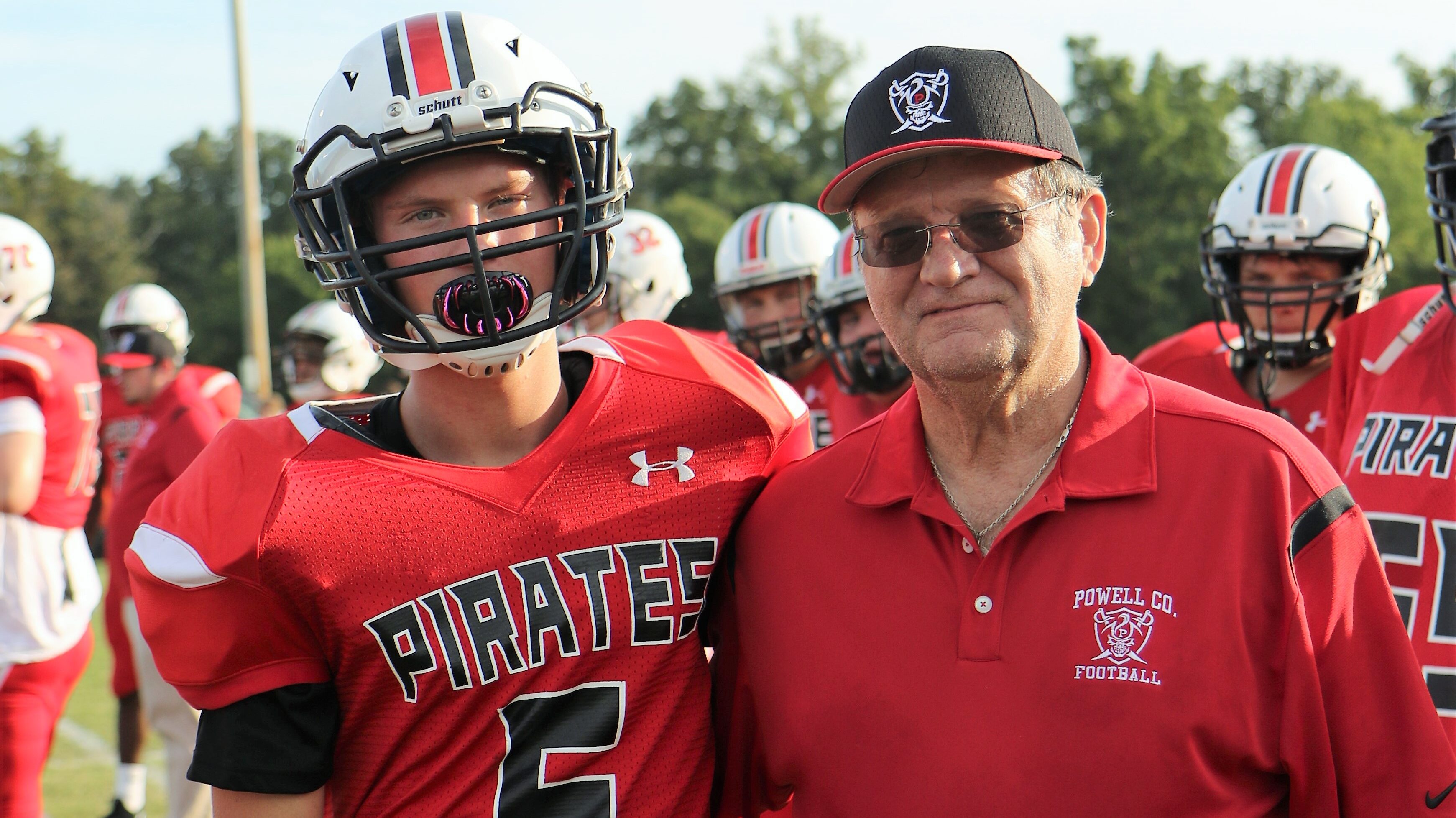 Over the last few years, the Powell County Football program has had great success. In the last four seasons, the program has seen three 8 win seasons, with big wins over Lexington Christian Academy, Garrard County, Breathitt County, Estill County, West Carter, Lawrence County, and Casey County, to name a few. The victory over Casey County came in the second round of the 2017 playoffs, where they defeated the Rebels, 44-41, with a goal-line stand as time expired. The victory, allowed the Pirates to host their first ever regional championship game in program history in which they were defeated by Corbin who went on to lose in the Class 3A state championship game.

Despite losing so much talent over the last few seasons, the Pirates are still a very talented team and are positioned for success in the upcoming season.  Brian Baker is one of many talented players for the Pirates.  Brian, entering his junior season at Powell, is a two-sport athlete playing both football and soccer.  Brian is a kicker on the football team, which makes sense considering he is also a standout soccer player.  Brian has been the starting kicker for the Pirates as a freshman and sophomore and will, in all likelihood, be a 4 year starter.

Brian, started playing football and soccer in 4th grade. Brian, in 4th grade was playing soccer for an 8th grade team in Perry County. Dating back to his elementary school days where he dominated the kickball games during recess, Brian both loves to kick and is very good at it.

Brian and his family moved to Powell from Perry just before his Freshman year and the Pirates are thankful. Last season, Brian went 23 of 25 on extra point attempts, while also making three field goals. For Brian, field goals from 45-yards and in are considered a routine kick. He can still make field goals beyond 45-yards, but 45-yards and in is his ideal range.

Brian had a busy summer on the camp circuit, attending three kicking/punting camps this past summer at the University of Kentucky, the invite only Ray Guy Prokicker Top Prospect Camp in Nashville, and invite only Ray Guy punters camp in Mississippi. Despite being known for his work as a kicker and a soccer player, Brian is also an excellent punter. While at the punter camp in Mississippi, Brian was awarded the Gatorade award which is given to a standout camper.

At the camp in Tennessee, Brian met Jordan Berry, the punter for the Pittsburgh Steelers. The 28 year-old Berry clocked a 5.8 second hang time on his punts; Brian clocked a 4.9 second hang time.  Brian’s average punt goes about 50-yards from where he stands, which would be around the 40 yard net punt range. When you combine that with a nearly five second hang time, you can see Brian’s great potential.

The one thing that is clear about Brian, he loves the game of football. Even if Brian wasn’t a great kicker, he is a gifted athlete and would still find his way onto the football field. Brian received reps on both offense and defense in the Pirate’s scrimmages against Russell High School and Paintsville and Perry County.

When asked about his future aspirations, he said that he would love to play football and soccer in college. However, if he had to choose between the two sports, Brian would choose football because he has a strong love for the game.

Without a doubt, Brian’s ability to kick the ball has and will continue to significantly help the Pirates. There aren’t many high school football teams that have the luxury of being well within field goal range 10-yards outside of the red zone. Couple that, with Brian’s punting and his work on kickoffs and you can see how much impact Brian has on field position.

Although it is not a flashy part of football, field position is very important to winning games. Although, the common fan might not talk about the importance of field position often, it is one of the areas that coaches focus on the most. Punts and kickoffs are the obvious components of field position, but even in his ability to make long field goals, Brian has an affect on field position. Generally, in 3A high school football, when the offense has the ball at midfield, the defense can give up forty yards without allowing points. However, with Brian, if the defense surrenders twenty yards, the Pirates are instantly in scoring range.

Powell County head coach Josh Kincaid had this to say about Brian, “The sky is the limit.”

With the season just around the corner, I look forward to seeing Brian and the Pirates in action this fall.

Bradley Charles will be covering the Powell County Football program on a weekly basis for Bluegrass Sports Nation!! Look for weekly game previews, in game posts, and an weekly game article on the Pirates!! Also, BSN will have a weekly photo gallery of each home game, and many away games by BSN photographer Morganne Harper!!