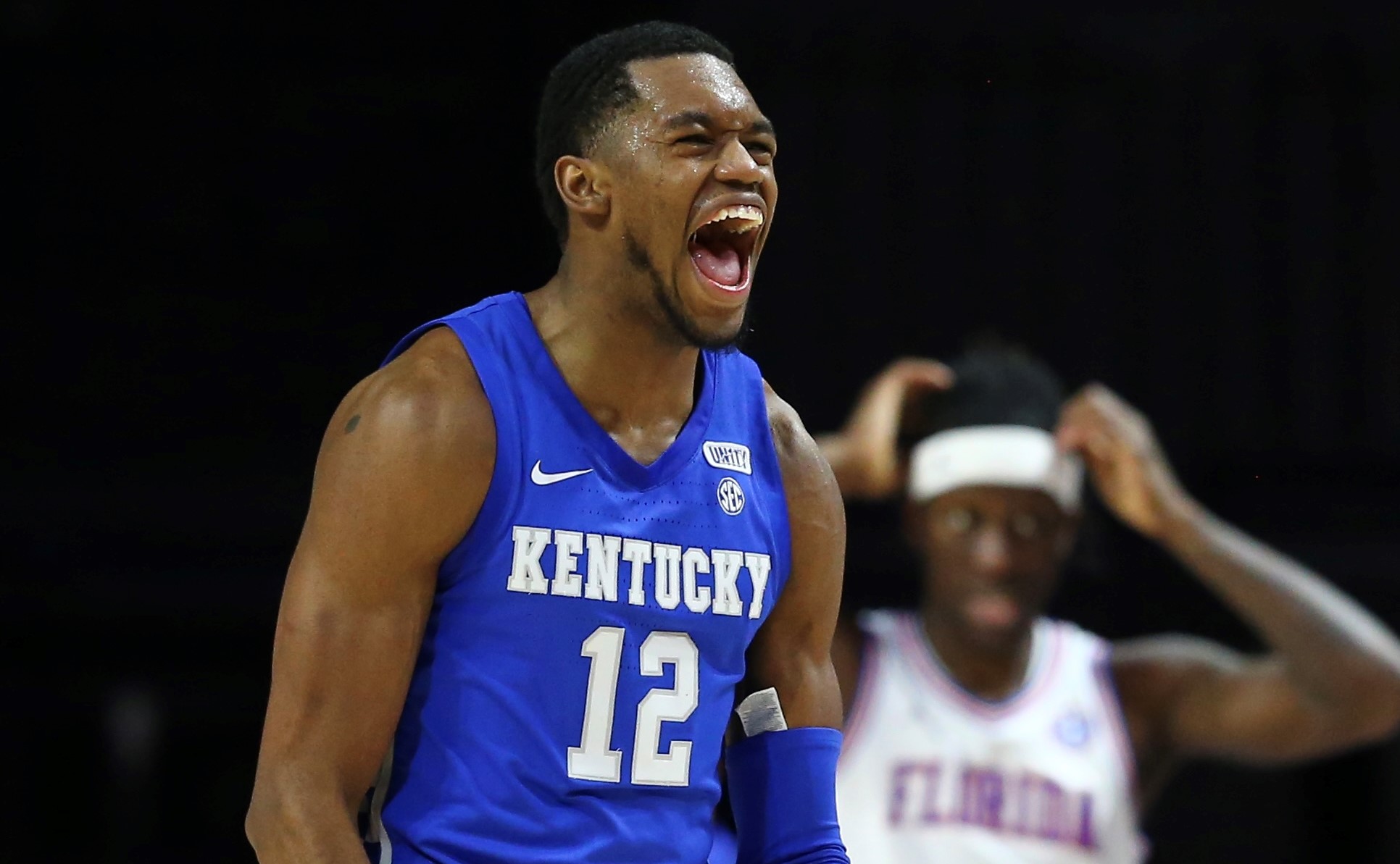 Keion Brooks just wanted to have fun in his return to the court Saturday and it showed.

Brooks had a blast and so did his teammates as the Wildcats (4-6, 3-0 Southeastern Conference) stretched their winning streak to three games with a 76-58 victory over Florida Saturday in Gainesville.

The sophomore forward finished with 12 points, grabbed six rebounds, and dished out four assists in his first game since coming back from a leg injury. Brooks missed the first nine games of the season because of a leg injury and wanted nothing more than to just ease back into the lineup against the Gators.

“I’ve always believed in my ability to come back and play well,” Brooks said. “… what did I have to lose? I hadn’t played a collegiate game in almost a year and I was out for two months and I was just thankful I was able to go back out there and play. I didn’t want to add any extra pressure on myself and try to play so well that ended up messing up during the game.

“At the end of the day (I just wanted to) have fun and do what I had to do and enjoy the game, enjoy every second that you’re out there.”

Kentucky coach John Calipari said Brooks was poised throughout the contest and he was glad to have him back on the floor.

“It’s just nice having a steadying force (out the court),” Calipari said. “… He’s a leader by example. He’s not a confrontational guy, that’s not who he is. You saw the athlete that he is and he’s way physically stronger than he was and way more patient mentally and the game has slowed down for him. … It’s a big deal. We’ve been playing without him.”

Kentucky guard Davion Mintz said Brooks was a difference-maker despite his absence during the first nine games.

“He gave us a whole different element to the game,” said Mintz, who tied teammate BJ Boston for team-high scoring honors with 13 points. “It was amazing today and it was super fun. I’m speechless really and it was just amazing. Not to discredit his practices, but it was nothing like the game and in the game, he just turned to a different switch. That was amazing. We knew he could play well, but didn’t know that he would make as big of an impact that he did. … he just fell right in and he was rolling.”

Mintz added that Brooks was a calming presence on both ends of the court.

“Keion makes an impact on this team and it was huge,” he said. “With him out there, it just makes everything so much easier. It gave me a comfort soon out there when I passed him the ball.”

In addition to taking pressure off his teammates, Brooks gave Calipari another experienced voice in the court, allowing the Kentucky coach to breathe easier on the sidelines.

“He can calm (the team) down on the court,” Calipari said. “That takes the pressure off our staff. That’s what makes it amazing at Mississippi State how we pulled that off (last week) without him out there. He’s s special young man, a great human being, great teammate and a skilled basketball player.”

Now with three straight victories, Calipari said the Wildcats are trending in the right direction.

“I know there were probably people that put dirt in the coffin, pushed the coffin open and, we said ‘you’re not putting no dirt on this.’ That stuff was out there, but I kept saying, ‘we’ve got good kids, I’m proud of these kids and they just need time.’

“I’m not changing that thought. They just need time.”