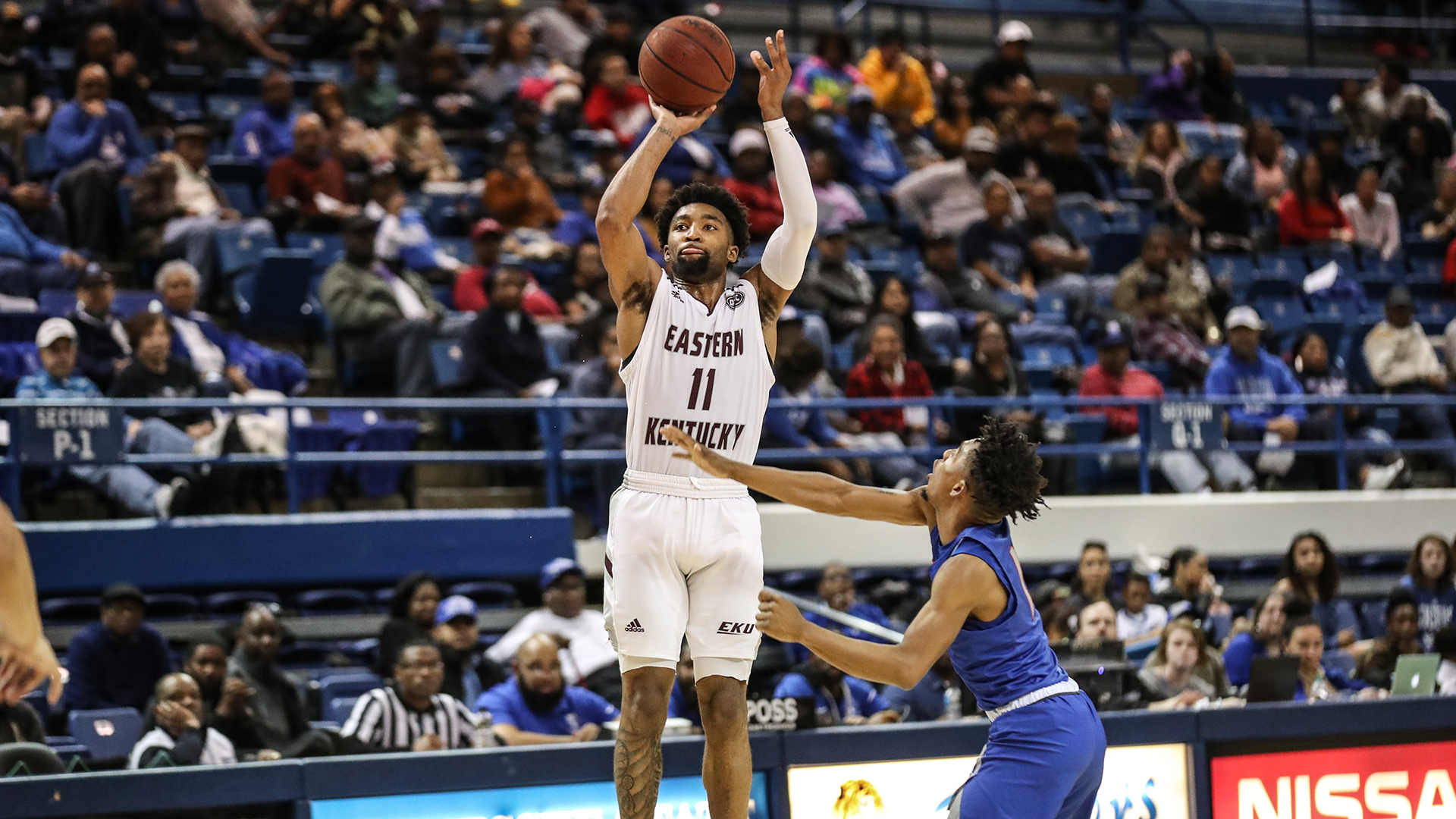 Sophomore Jomaru Brown poured in a game-high 37 points to lead the Eastern Kentucky University men’s basketball team to a critical road win at Tennessee State, 92-88, on Saturday evening at the Gentry Center.

Brown was 18-of-19 from the free throw line in the victory. He added six rebounds, four assists and one steal.

Freshman Michael Moreno chipped in a career-high 15 points to go along with a team-best seven boards. He also dished out three assists.

The Colonels jumped out to an early lead and took their largest advantage of the first half when Brown sank a pair of free throws to make it 42-31 with 5:45 on the clock.

TSU, however, rallied in the waning minutes of the first half, and a layup by Shakem Johnson just before the buzzer cut the EKU lead to four at halftime, 49-45.

The Tigers took their first lead since the 15:35 mark of the first half when Carlos Marshall hit a pair of foul shots to make it 62-61 in favor of TSU with 12:07 remaining.

EKU, however, responded with an 11-0 run over the next three minutes and 30 seconds. A jumper by Brown ignited the rally and a three-pointer by Brown ended it, handing the Colonels a 10-point lead, 72-62, with 9:44 on the clock.

Tennessee State was not finished. The hosts rallied again, taking another one-point lead when Michael Littlejohn drained a triple to make it 83-82 at the 3:19 mark.

Sophomore Tre King responded with a jumper on the other end to put Eastern back up 84-83, and the Colonels never trailed again.

Brown finished TSU off. He scored eight points over the final two minutes, and went 6-of-6 from the free throw line down the stretch.

The Colonels return to action at Jacksonville State and Tennessee Tech next week.