Bryce Hoskins, Class of 2023, is The new Predator praying on the RiverBank… 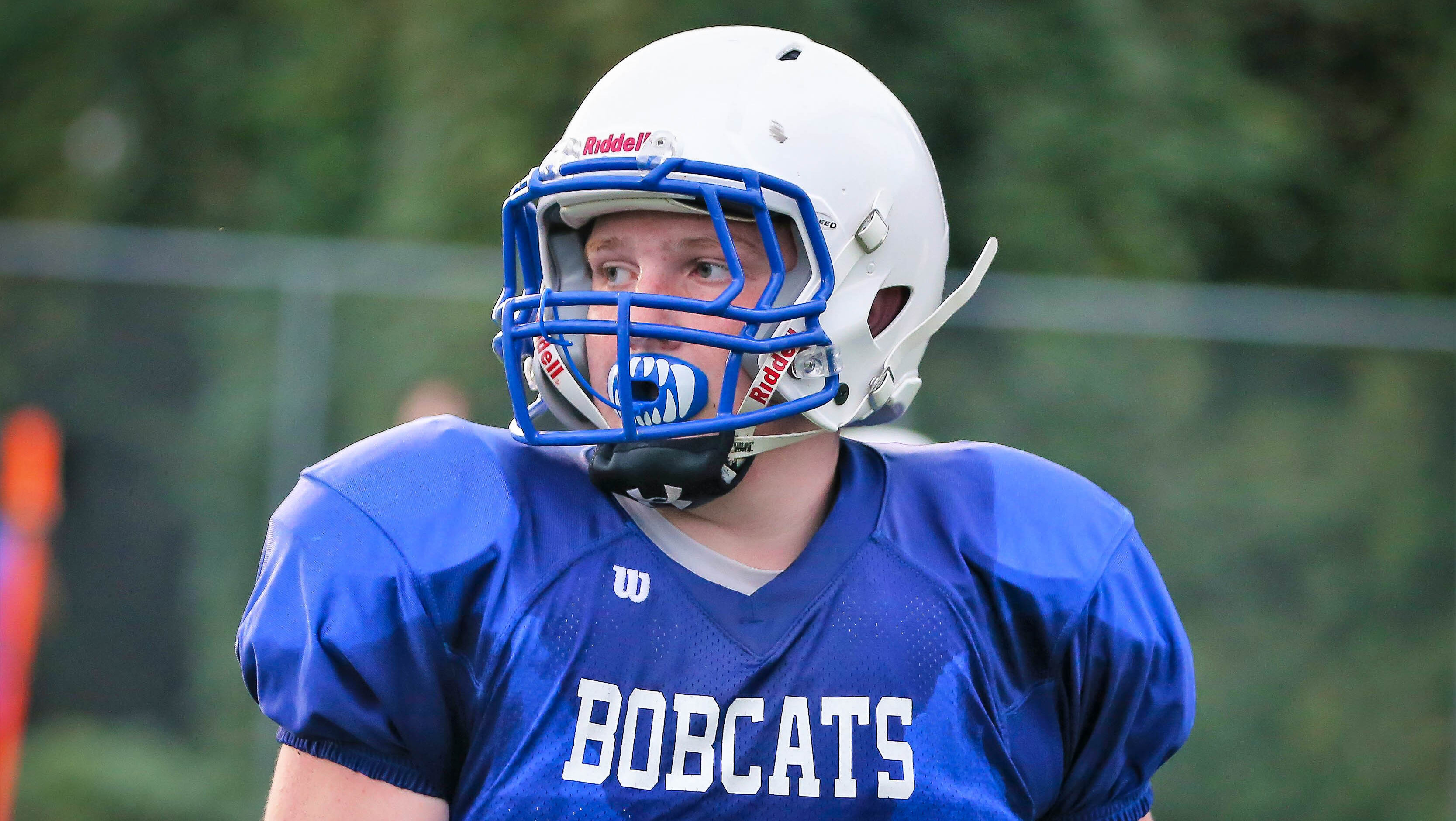 They call Bryce Hoskins, The Predator. There are good reasons for that. The Predator also constitutes a fitting nickname for a TE prospect who is 6-4, weighs 220 pounds, with a 78-inch wingspan, and is only now entering the 9th grade. TEs have to be the offensive line’s sixth member in addition to being a part of the receiving corp.

We have gotten to see Bryce’s first three practices up with the Bobcats and we like what we have seen of him so far. For one, Hoskins has a long and accomplished basketball pedigree and he has the athleticism, and particularly the feet, that comes from years and years of hard wood toil.

How good of a basketball player is Bryce? Well, consider the following.

He was nominated to the Team Kentucky 2019 basketball team. He has before averaged 35 points a game, 11 assists a game, shot 85% from the foul line, and 72% from the floor all while playing for Kentucky Vision.

According to an online recruiting profile we accessed, Bryce Hoskins started playing basketball at age 3 for his dad, Nate. Bryce reports proficiency playing from PG to SF and is capable of playing all five spots on the court.

As someone whose opinion on prospects has regularly been consulted regarding middle and high school players from around Kentucky football by college coaches out on the recruiting trial, we thought it would be informative for me to provide some insight on just what I would tell a coach asking me for an opinion on this prospect. Here are my thoughts on Bryce Hoskins and what my response would be were I asked.

For starters, Bryce is a big-bodied TE with a long reach. Once he masters playing the position, he will easily be able to slip second level and put LBs on his back, shielding them away from passes with both his big frame and long arms.

Bryce has deft hands and is accustomed to handling the ball. This is a kid nifty enough in the hand agility department to play point guard and dish out 11 or so dimes a game playing for Kentucky Vision.

Bryce also has elite-level eye-hand coordination. How many players his age stroke 85% from the foul line and 72% from the floor? His averaging 35 points a game tells me he can handle an entry pass equally well as make one.

Bryce will become a highly sought, FBS-level, college football prospect as he lifts, strengthens, and fills out his relatively slight frame with good weight. He is a guy playing a position (TE) where he needs to be able to run the 40-yard dash in the 4.6 to 4.9 range, at his size, to be considered a TE capable of both blocking outside the tackle and slipping into the middle zone and third level as a middle to down field target.

We really think The Predator is big-time and likely to see the field for Breathitt County early in his freshman season. Of course, all of our predictions are based on his doing his part, both in and offseason, which (so far) he appears bent on doing.

Everything we say about Bryce’s being a TE prospect is equally applicable to his potential as a DE. Though, at present and from what we have seen, he is further along offensively than defensively.

Bryce Hoskins is just another of the very fine looking players coming up from the 8th grade who should add valuable depth, and, in some cases, first-string material, to the 2019 Bobcat football team.