Bulldogs Answer Some Questions in Their Opening Scrimmage of 2019 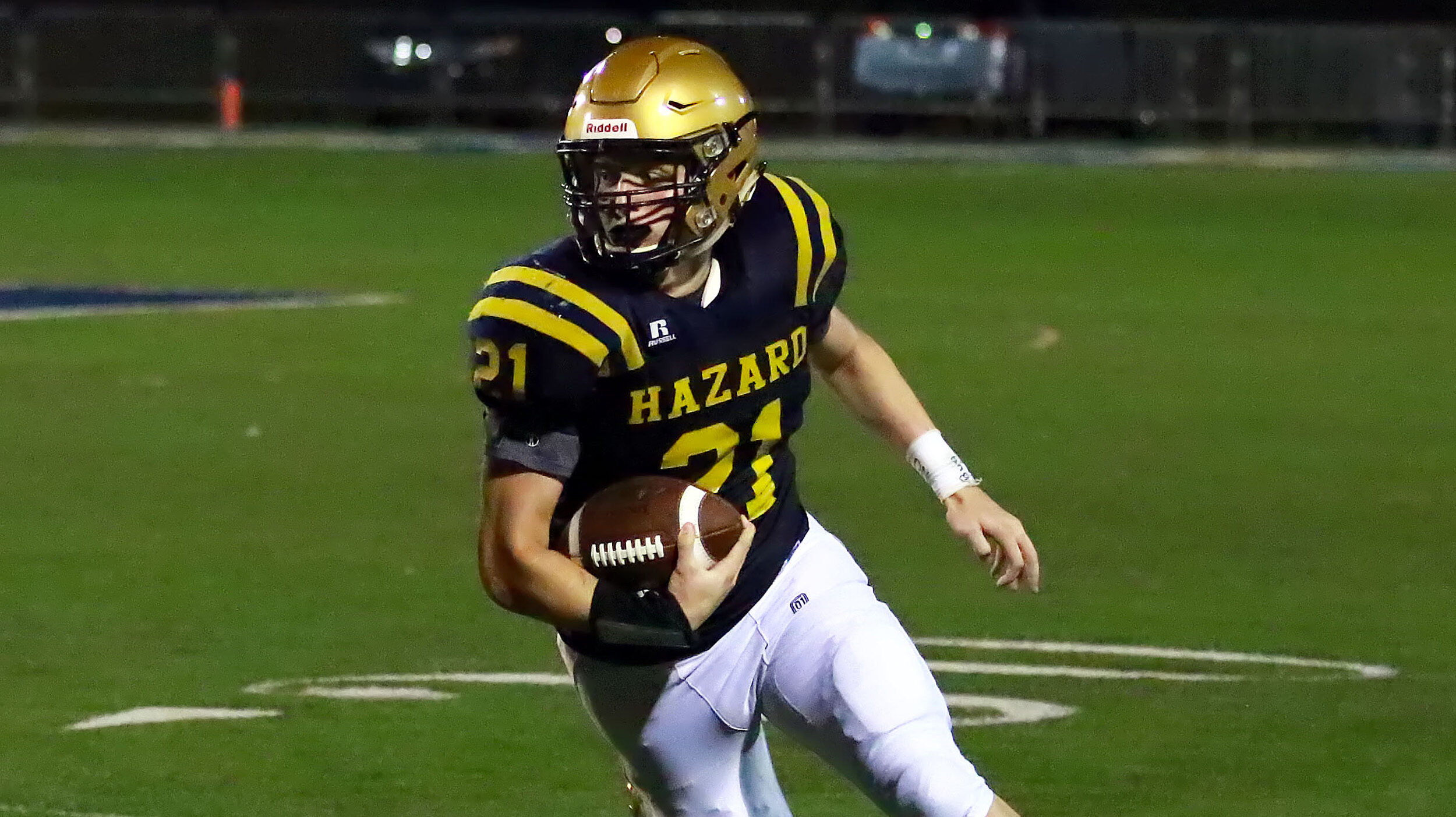 Dawgs took on Leslie County in Hazard on Friday Night.

After meeting Leslie County in the two previous years in the regular season, the Hazard Bulldogs opened up their scrimmage schedule for the 2019 campaign against the Eagles at Hazard’s Daniel Field. A decent crowd filled the stands and there was a buzz around the field as fans from both sides waited to get a glimpse at what their teams had in store for them for the 2019 season.

Hazard is coming off a 7-4 season and the Eagles finished 3-8 for the 2018-19 year. All the long days, weeks, and months of never ending conditioning and weights finally paid off as Hazard and Leslie squared off against one another in a fireworks filled night. The scrimmage was broken into several parts.

The first section was set up as 3, 10-10 offensive/defensive play series with no down and distance to let the teams get their feet under them and guarantee an equal amount of work for both squads. Leslie County showed some explosiveness and speed from their receivers and managed to make the Dawgs give up some big plays in the open field. Hazard was able to put together several “grind it out” drives against the Eagles that saw the running back corps for the Dogs rip 5-8 yards per rush.

The JV guys got their turn next to make impressions on their coaches as they played a full 15:00 quarter. With what may be one of the most talented group of underclassmen to come through Hazard in a few years, the Bulldogs showed some real bright spots, both offensively and defensively. There were several plays where coaches took notice of the young Dawg’s abilities.

The final act of the varsity night was two 10 minute quarters of live play. The Bulldogs looked as though they settled in a little more during this phase of the scrimmage and limited the big plays they given up earlier.

Offensively, Hazard looked solid running the ball. Nothing flashy or fancy, just a blue collar approach to moving the ball down the field. The big offensive line made holes and the running backs got their pads downhill. Defensively, the Dawgs looked solid in between tackles and in the linebacker level. The inexperience and youth shown in the secondary early started to settle down by the quarters phase of the game and the Bulldogs flipped in and out of coverages and schemes with ease.

The big men up front had a good first showing for Hazard with obvious improvements in strength for some of the young Dogs from last year. Hazards passing game should improve as the season progresses with big arms and also some QBs that can make things happen with their feet. The start of the season is always an exciting time for both players and fans.

Everyone starts 0-0 and the playoffs feel a million miles away. With plenty of talent, the Bulldog’s season success will depend on how how much work they put in between now and November.

Stay tuned to Bluegrass Sports Nation all season for coverage of your Bulldogs and other local teams. Weekly, Hazard will be previewed with their opponent for the week on Wednesdays. Friday’s games will be recapped on the weekend. BSN photographer Larry Robinson will bring pics of the games. The Hazard Bulldog season preview will be available Wednesday August 14.