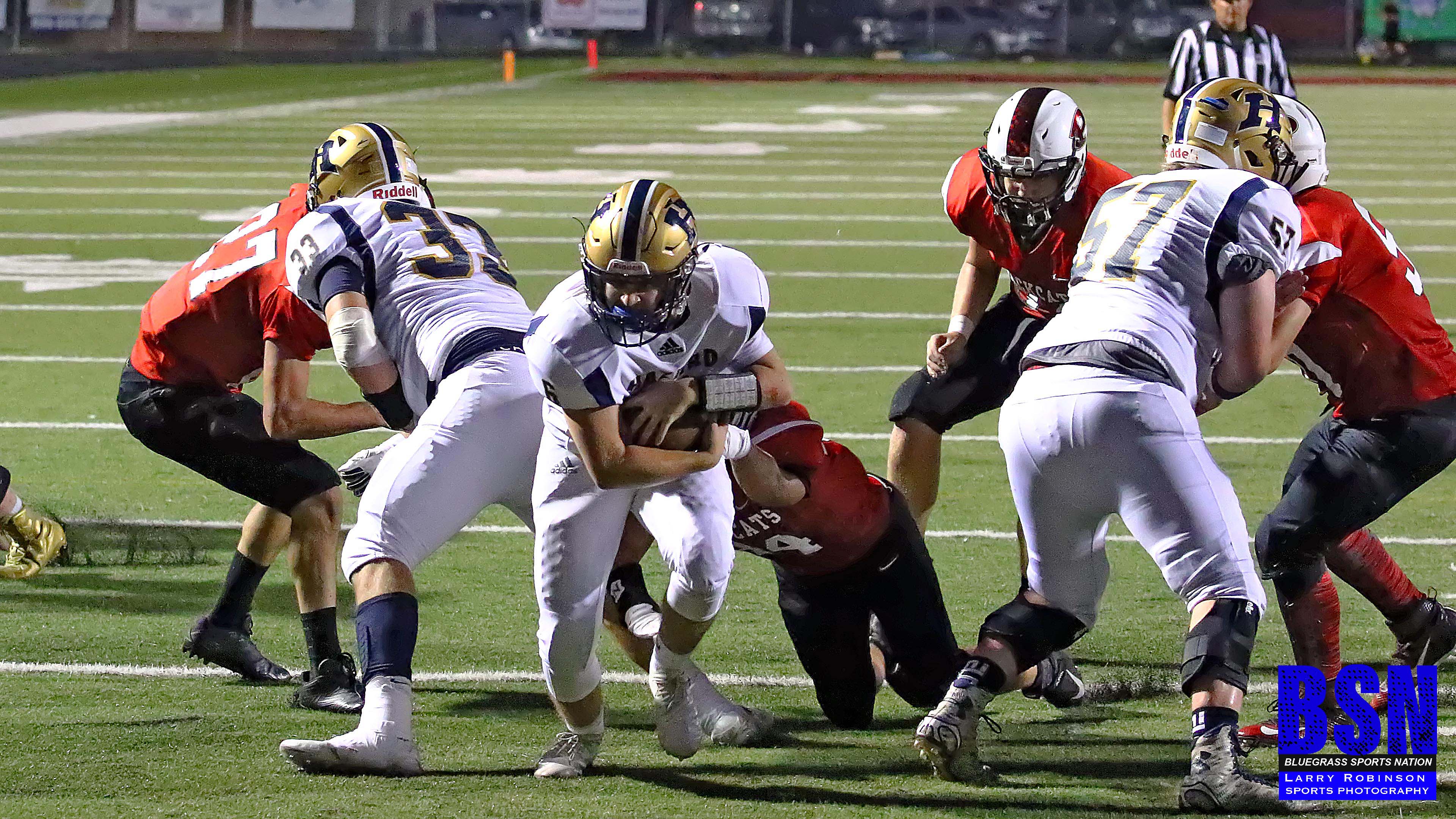 There is buzz all over the state of Kentucky that the biggest game under this Friday night’s lights will be at Hazard’s Daniel Field as the #1 team in 2A, the Somerset Briar Jumpers, are next on deck for the Bulldogs. So far this year the Briarjumpers have steamrolled every opponent on their schedule putting up and incredible 54 points per game while only giving up 10 per contest! There is little doubt to their validity this year in the talk for 2A title contention and, outside of die hard Mayfield fans, seem to be the consensus #1 in their class. The Bulldogs have been on a different path. They weren’t even ranked in the top 10 of 1A for the first three weeks of the season, spent one week at #10 tied with Pineville, then catapulted to #3 after a huge win over the Paintsville Tigers last week. The Briar Jumpers are an explosive team with some unbelievable athletes and the Bulldogs will have to play an even better game than they did last week against Paintsville if they are to be competitive against 2A’s #1.

Somerset has one of the most balanced offensive attacks you will ever find. They will feature Kentucky recruit Kaiya Sheron at QB. He has already put up some gaudy numbers, 51/67 for 1,030 yards, 11 TDs, only 1 INT through the air, and has added another 300 on the ground. In addition to Sheron, another big weapon in their arsenal is Alex Miller. Big number 21 gets downhill in a hurry and never stops grinding for more yards. Miller and Sheron run and pass behind a great looking center as well in Drew Johnson. Johnson is the anchor of a line that opens up holes and doesn’t stop working their feet until the whistle blows. Defensively, the Briarjumpers will have two big bodies to clog up run lanes with Jase Bruner and Cale Todd. Bruner is leading Somerset in tackles with 31 on the season and 4 TFL. Total offense for Somerset stands at 1,400 yards rushing and 1,000 yards passing. Sheron can create with his legs when the pocket breaks down, but is also one of the most composed QBs in the state, making secondaries cover all night during scrambles. Containment and coverage will be the keys for the Bulldogs on Friday night against that dangerous offense.

The Bulldogs are coming into the game riding a 4 game win streak that has seen wins come against increasingly more difficult opponents week after week. The Bulldog’s offense has been steady this season behind Garrett Miller, who is quietly having a big year with 869 yards through the air, going 49/72 with 9 TDs and 3 INTs. The Bulldogs has also relied heavily on their run game this season in addition to Miller’s arm. Trajon Campbell is leading the ground attack with 399 yards, but don’t be fooled by only having 250 yards, Reece Fletcher has also been a force over the past 2 weeks, breaking 100 yards in each contest, to compliment Campbell’s big numbers. The leading pass catcher for the Bulldogs is Andrew Ford. The sophomore has hauled in the most catches for Hazard this season and is sitting at 261 yards on the year. Mason Collins is also having a giant year, hauling in some big receptions from his tight end position and accounting for 1/4 of Miller’s TDs through the air. The Bulldogs defense came up big again last week against a hard running John Walker Phelps for the Tigers and were able to only give up 2 touchdowns against a very explosive offense and big, physical offensive line. The big guys up front on the defensive line, Timothy Owsley, Jacob Fields, Nate Smith, Ian Brashear, Matt Couch, and Hootie Thomas had a huge game with Thomas having his best game to date as a Bulldog recording 10 tackles with 2 sacks. Behind that line is two seasoned veterans at the linebacker position in Mason Collins and Reece Fletcher. This huge duo has combined for almost 100 tackles on the season. The Bulldogs will have one distinct advantage, other than homefield, coming into Friday nights contest. Jonah Helm may be the difference in a tightly contested ball game. Helm has put 4 field goals through for the Bulldogs against 0 field goals for Somerset. His steady leg as been huge so far this year for Hazard and is a threat from 50 yards out.

For the Bulldogs to be successful on Friday they must control the line of scrimmage. Somerset’s o and d-lines aren’t as big as Paintsville’s were but they seem to have better feet and are able to block until the whistle blows and blow would be blockers up on the defensive side of the ball. They have some very good linebackers that get to the ball much like Danville did. The Briarjumper secondary is also fast enough to play man across the field and allow the interior to bring pressure on the QB or stack the box against the run. It should be and exciting night in Happy Hollow on Friday night and will be a great atmosphere to be a part of. Kickoff is scheduled for 7:30pm. Check back in with Bluegrasssportsnation.com on Saturday for a complete recap.