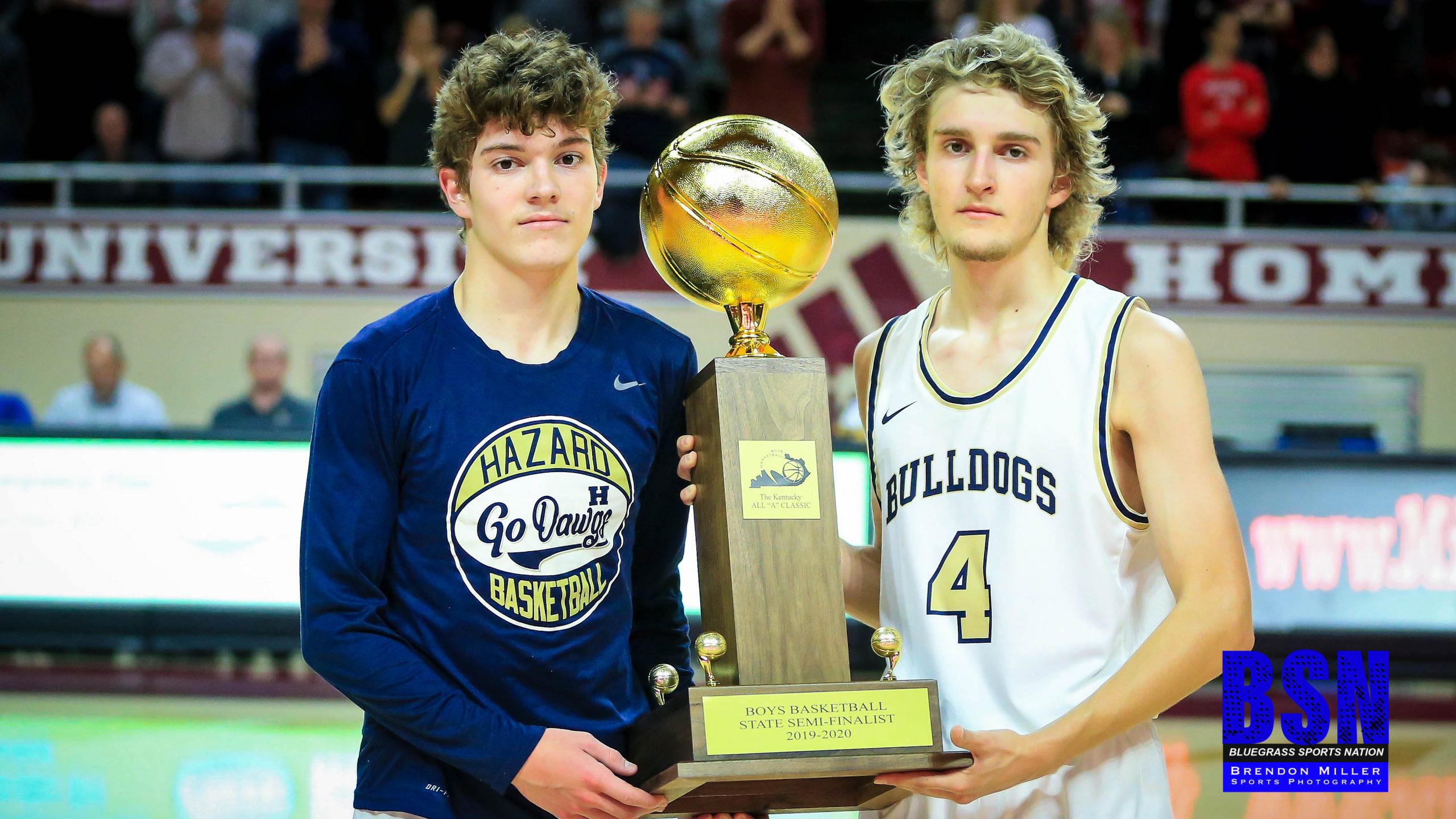 Hazard’s thirteenth trip to the All-A Classic State Tournament ends in the semi-finals.

On Saturday night, the Hazard Bulldogs squared off against the St. Henry Crusaders in the semi-finals of the All-A Classic State Tournament at McBrayer Arena on the campus of Eastern Kentucky University. The matchup featured two teams that were similar on paper. Both teams played a similar brand of basketball with each team’s stats being nearly identical.

Entering the game, the KHSAA’s Rating Percentage Index (RPI) had the Bulldogs ranked 13th in the state, while St. Henry was ranked 16th in the state. St. Henry ranked fourth in the state in points allowed per game, while Hazard ranked sixth in the state which made a low scoring game seemingly inevitable. Beyond that, each team’s FG% and 3-PT% were within 2% of each other.

A 3-pointer by Wyatt Vieth was followed by another from Jude Bessler which sparked a 15-0 run for the Crusaders. They held a 34-28 lead with 4:07 remaining in the third quarter. The Bulldogs responded with a 5-0 run, but ultimately trailed by seven at the end of the quarter, 42-35.

Despite their efforts in the fourth quarter, the Bulldogs were not able to cut the Crusader lead below seven points. In the end, St. Henry picked up a 55-41 victory.

Wade Pelfrey controlled the first half with 13 points on 6-of-8 shooting from the floor to go along with three steals.

Reece Fletcher led the Bulldogs in rebounds with seven.

The Bulldogs are now 2-3 all-time in the All-A Classic State Tournament semi-finals.

The loss to the Crusaders is Hazard’s first loss of the season to an in-state team.