Bulldogs Hold Early, Panthers Prove Too Much in the End 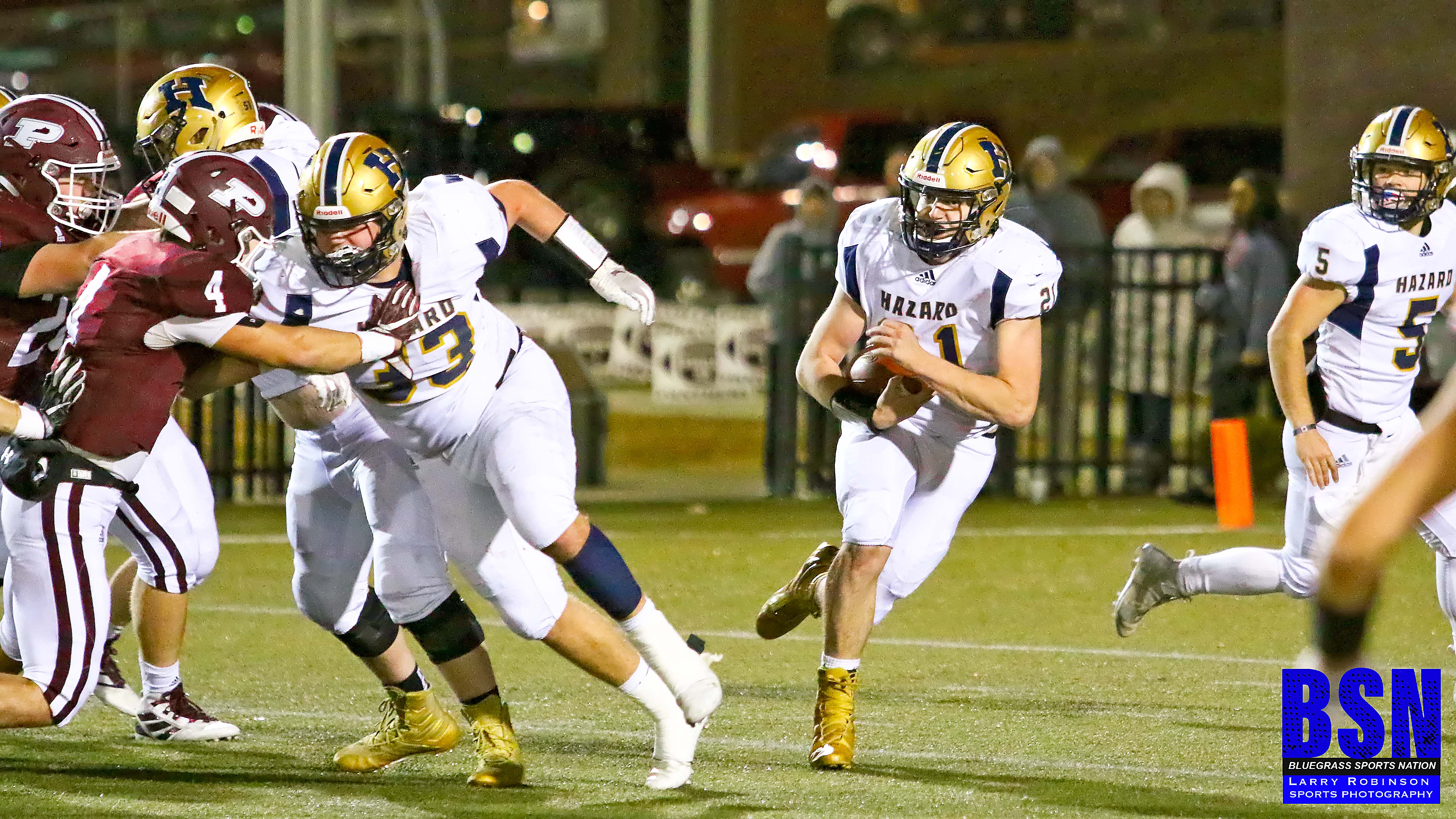 Hazard was beaten in convincing fashion in the first meeting with the Panthers, and never found the scoreboard, falling 42-0 on October 18th. With the new playoff format in place, the two would have to face off again in just the second week of the post-season. The Panthers have had a great season, not only going undefeated, but also knocking off rivals such as Hazard, Paintsville, and Belfry along the way. Not only did they beat Belfry, they were able to take down the Pirates on Pond Creek for the first time ever.

The Bulldogs have had a great season also, considering the fact they lost much to graduation last year, and although not necessarily young, they were very inexperienced coming into the 2019 season. Hazard was able to finish with a 7-5 record against a tough schedule, filled with very good non-district opponents, and included wins over Paintsville and Danville, with very close contest even against the likes of Somerset and Harlan County Central. That tough scheduling helped the Bulldogs improve throughout the season, but the Panthers proved too much in the end.

The game started with the Panthers receiving the ball and starting on offense. During the first meeting of the two, the Panthers seemed unstoppable. They almost scored at will whenever they had the ball. The Bulldog’s defense looked different this time around, though. Pikeville would score on the first possession, but Hazard made them earn it, taking 11 plays, gaining tough yards instead of getting the big plays that plagued the Dogs in the first meeting.

It was obvious early that Hazard’s game plan was to play ball control and time of possession. They lined up in power sets and milked the play clock on every snap. The Bulldogs were unable to get anything going on their first possession and kick the ball away to the Panthers. The defense was able to hold and dealt Pikeville a 3 and out. That would wrap up the first quarter and the Bulldogs were able to limit possessions by the potent Panther offense to only 2, holding on one of those.

After punting the ball away on their 2nd offensive series, the Bulldogs were able to come up big with a defensive score when Tyson Turner found the end zone after a scoop and score recovered fumble that had been caused by Reece Fletcher. Pikeville would score one more time before the half to set the score at 14-6 during the intermission.

Pikeville scored late in the 3rd quarter to make it 21-6. That is when disaster hit the Bulldogs. After not being able to convert on 3rd down, the Bulldogs would give up back to back punt returns for touchdowns. The Panthers would add a late score to make it 45-6.

The young Bulldogs weren’t going to go away quietly though, as freshman Hank Pelfrey set up the Bulldogs for the last score of the night with a huge kick return. That would allow Garrett Miller to find Jondan Olinger for the final score of the game and making it 45-12. The Panthers will move on to face Nicholas County next week in the Regional final.

The career of 8 Bulldogs came to an end with the loss.

Reece Fletcher will end his career as the Bulldogs all time leading tackler and one of the most tenacious competitors to ever put on the Blue and Old Gold. From the times of his youth league games, he was always born to wear Hazard across his chest.

Mason Collins will likely be playing on Saturdays next season as he has several offers that go all the way up to the D1 level. A quiet leader, Mason will be missed both on the field and his leadership in the locker room.

Dalton Strong has opened holes and given protection for QB’s every year of his high school career. He is the kid that could be found working to get better when no coaches were around, whether is was football or track (where he excelled in the shot put).

Timothy (Timmy) Owsley was a coach’s dream. Always the hardest worker in the room or on the field, Timmy chose to finish his football career with the kids he’d grown up with at Hazard, after playing at Scott County for 3 years.

The biggest small guy on the field was Matthew Couch. Matt, an undersized lineman that was pound for pound one of the strongest kids on the field, used his quickness and high football IQ to make an impact on every team he ever played for.

You won’t find David Cornett’s name lighting up a lot of stat sheets, but David Cornett’s worth to the team wasn’t measured in statistics, games played, or touchdowns scored. David showed up every day of his career and tried his best to make everyone on the team better.

Nate Smith was the kid that gave three years of his life to have a chance to play his senior season. He was the kid that every coach cheered for and wanted to see succeed. He got everything possible out of his ability while playing for the Dogs.

Finally there was Trajon Campbell. Arguably the smartest player on the team, he was a leader in everything he did. Not loud, or overpowering, he simply came to work every day, put his head down and gave every ounce of effort to help the Bulldogs win on Friday nights.

These young men are now a part of the storied program that is Hazard Football.

BSN would like to thank our sponsors of Bulldog Football, Dr. Jim Caudill dentistry, Hazard Village Flea Market, and People’s Bank and Trust of Hazard.