CANADY in COMMAND of COMMODORES’ SHIP!! 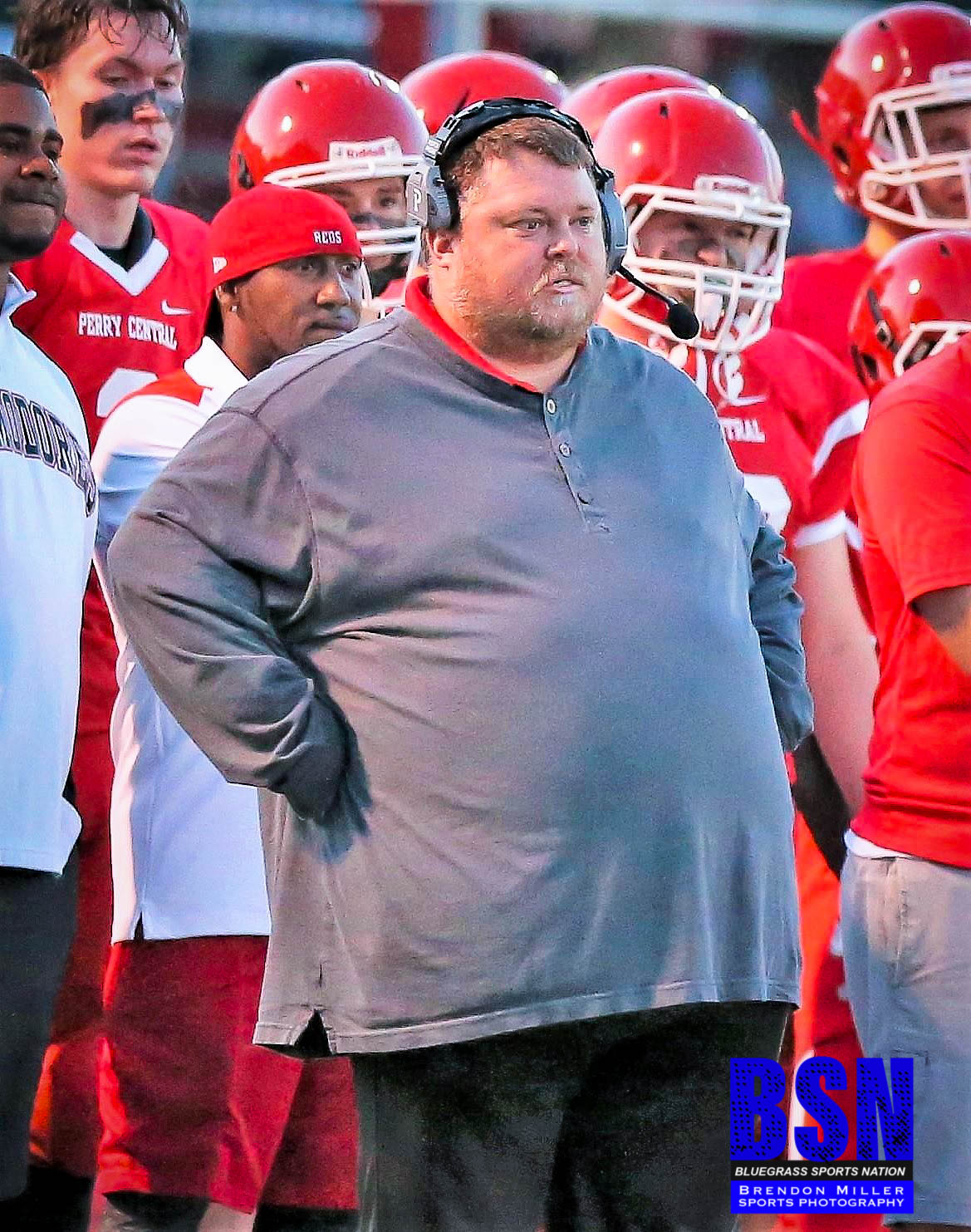 Ovie Canady is the new commander at the helm of the Perry Central Commodore football program.  Perry had been in the hands of Legendary Coach (and future Hall of Famer) Tom Larkey since 2014, but after 37 years and 303 career victories, Larkey decided to call it a career in February.  Perry Central began their coaching search, but then decided to look internally, instead of bringing in a new administration, and promote Canady to the job after serving as defensive coordinator since 2014.

Ovie is a native Harlan Countian and a 1992 graduate of Evarts High School, and 1996 graduate of Union College.  Ovie began his coaching career as the Head Coach of Middleboro Middle School from 1996-98.  Ovie then went back to his Alma Mater in 1999 to take the reins of the Evarts program, and when the school was consolidated into Harlan County in 2007, he joined the Black Bears as the defensive coordinator until coming to Perry Central with Larkey in 2014.

Canady is committed to continuing the tradition of tough, hard-nosed, physical football which was a Larkey trademark, but says the Commodores may throw it “a little more” this year.  Regardless, smash-mouth winning football will be on the way.

Canady immediately put his stamp on the program by turning up the heat in the off-season weight lifting and conditioning program.  Under his guidance, the Perry Central power lifting team excelled in multiple meets and culminated with a runner-up finish in the State Powerlifting Meet, just points away from a team title.  Of all the teams he has coached, Canady thinks this could be his strongest group.

Perry Central Athletic Director Eddie Browning on the hire, “Ovie Canady is one of the most offensively and defensively intelligent coach you will ever find.  His hard working, hard hitting mentality is perfect for Perry Central to continue building a winning football program.”

Perry opens the 2018 season by hosting McCreary Central on Friday Night.  Bluegrass Sports Nation will cover the game and do weekly coverage of the Commodores this season.  Like our FB page and visit our website www.bluegrasssportsnation.com.