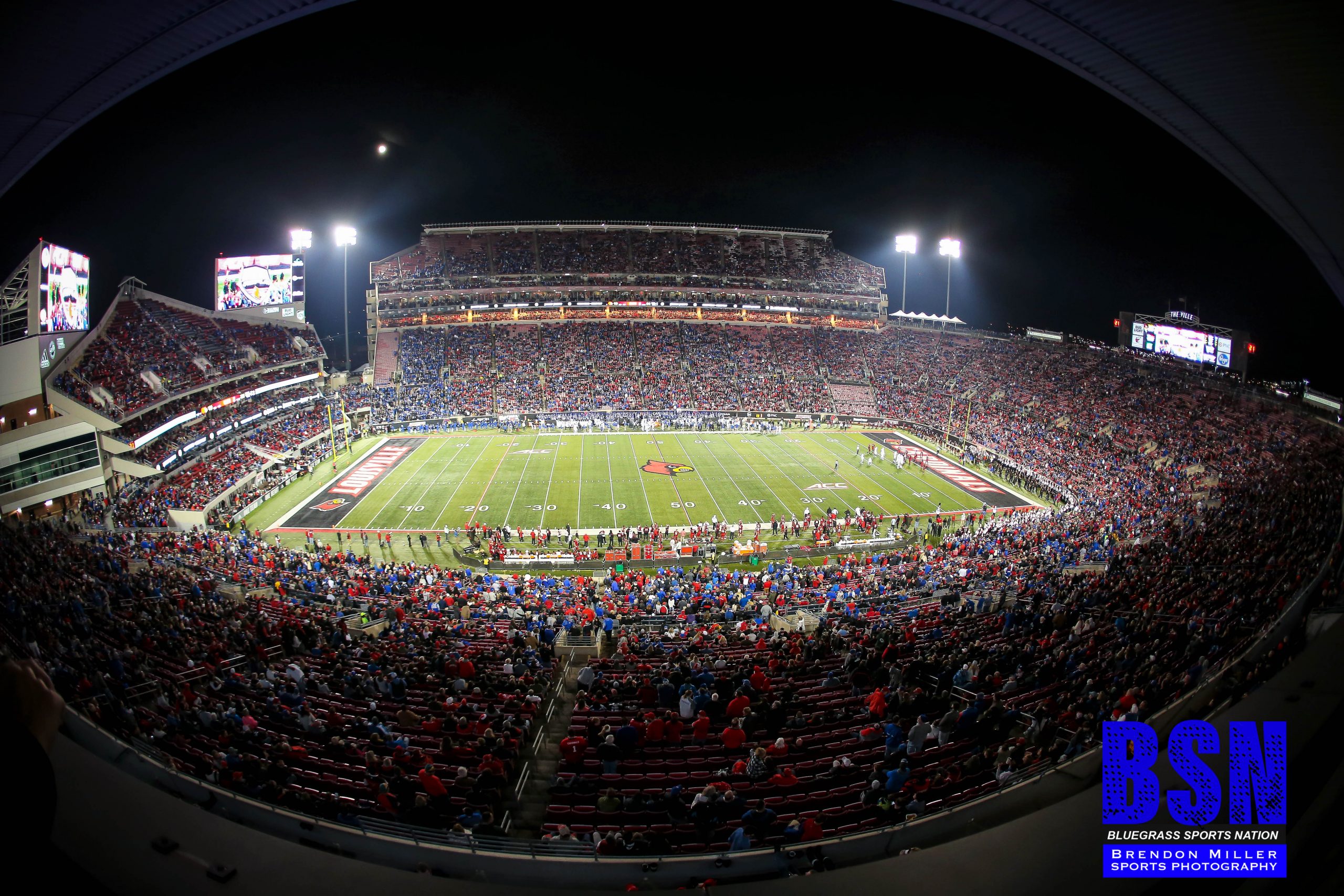 Final preparations are ongoing at the University of Louisville to safely and efficiently accommodate fans at Cardinal Stadium when UofL opens its football season against Western Kentucky on Sept. 12 at 8 p.m. ET.

UofL leadership has worked to craft a safe, flexible ticketing and operation plan for fans at a reduced stadium capacity of 20 percent, allowing seating to be appropriately distanced for approximately 12,000 fans per game within 60,800-seat Cardinal Stadium.

UofL continues to work individually with over 6,200 season ticket holder accounts that represented about 30,000 ticket sales prior to the reduction in capacity.  That allocation process began last week and will continue into game week to allow as many fans as possible to be present for the Cardinals’ highly-anticipated upcoming season.  Ticketing for the season will be digital with applications UofL has employed for the last two years.

Multiple safety measures will be in place, including temperature checks at the entrances, face covering requirements, physical distancing within the stadium and parking lots, and restrictions in some stadium areas among the plans.  In order to promote physical distancing, no tailgating will be permitted in the UofL parking lots, including no tents, trailers, grills or generators allowed.  The popular tradition of Card March to welcome the team to the stadium will be discontinued for this season.  A list of stadium safety measures specific to the 2020 season are listed within this link:  https://spark.adobe.com/page/CC7gtz1mWnu4H/

Additional staffing at entrances for temperature and bag checks, as well as for scanning tickets, will improve the fan entrance experience this season.  Mask usage will be strictly enforced.  Proper distancing of six feet in all areas of the stadium or while waiting in lines – which will be limited with a lower capacity.

With the limited permitted attendance, the UPS Flight Deck — the upper seating area at Cardinal Stadium — will remain empty as fans can be properly distanced within the lower bowl and premium seating areas.  For example, one row might include a couple of groups of four fans, pairs or singles each separated by seats, then the next two rows would be empty.

Stadium improvements were planned to ease entry prior to the pandemic, but as a result will now offer increased physical distancing at gates.  The former ticket office and store at Gate 2 has been removed to accommodate 16 openings and 32 entrances to the stadium at that one location.  Pruvit, a worldwide leader in ketone technology, and Brian Underwood provided a substantial gift to assist with stadium improvements.

Once in the stadium, an enhanced distributed antenna system and an additional carrier to the network will improve cellular service for fans.  Work continues on refurbishing the lower bowl seating with an industrial UV protective coating to renew the bright red color to the seats, with the east side seats and about half of the south end zone completed.  Concession and merchandise stands will offer cashless payment to limit contacts.

The complete, in-depth stadium plan is provided in the attached document.

Additional information will be provided next week and Vince Tyra, UofL Vice President/Director of Athletics, will provide a thorough media tour of the stadium to provide visuals of the measures in place to safely and efficiently accommodate fans.