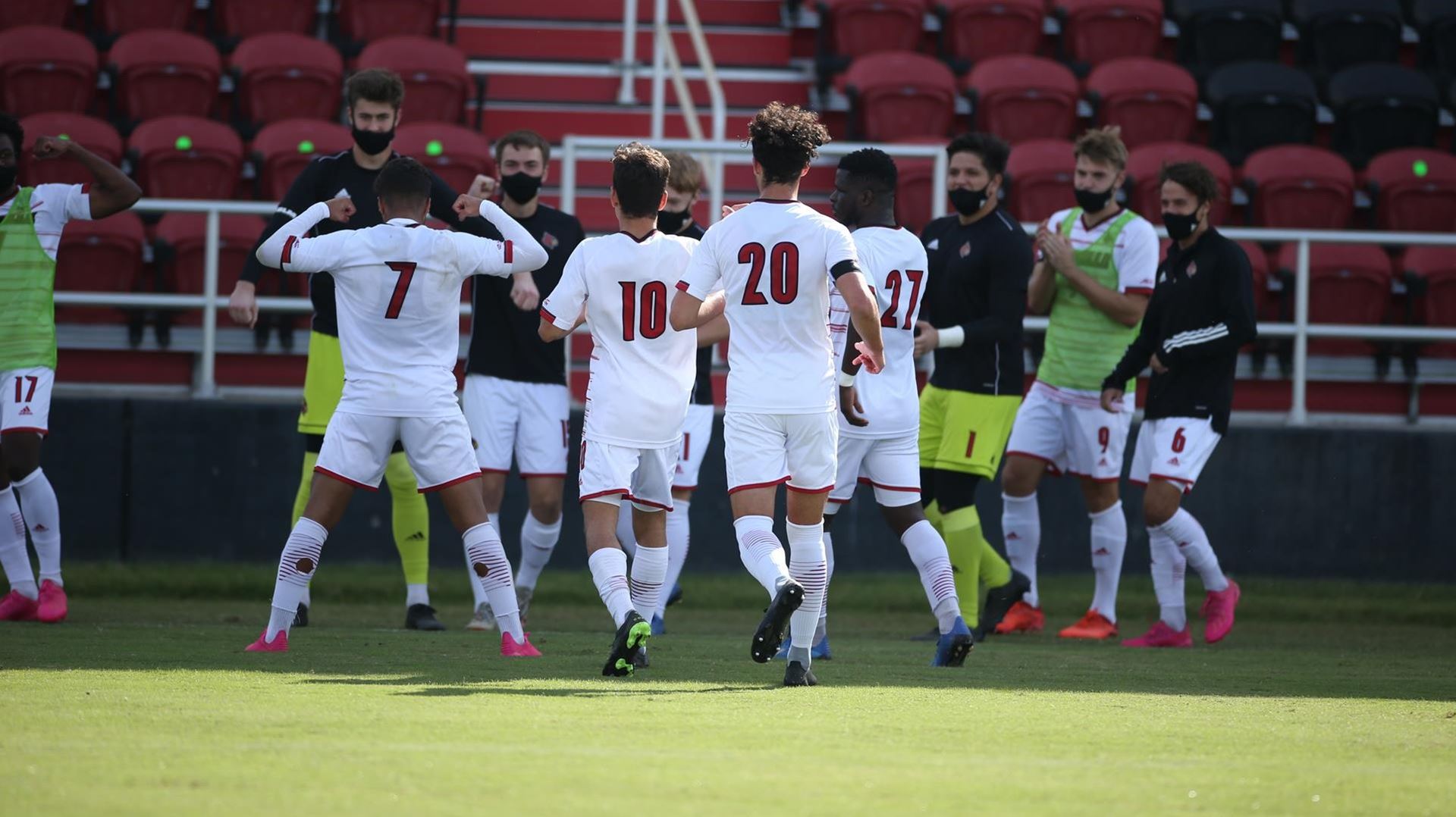 Bradley Sample played a pass through to Pedro Fonseca on the right side of the box, and the junior centered a perfect ball that was tapped home by Elijah Amo. The goal was the first of the year for Amo, who was playing in his first match of 2020.

The Cardinals outshot the Irish 4-3 in the first half and the match was all even through 45 minutes.

For the third consecutive match, Louisville scored quickly into the second half. Fonseca used some nifty footwork inside the box, beating multiple defenders and eventually drawing a foul and a penalty kick in the 51st minute.

The Brazilian forward then stepped up and slotted home the penalty kick to push the Cardinals back in front with the eventual game-winner.

The Irish didn’t go quietly over the final 40 minutes, outshooting UofL 10-3 in the second half. However, Jake Gelnovatch recorded three saves on the afternoon and helped the Cardinals secure the victory.

Louisville will head on the road for the next two contests, starting next Friday night with a road match at Virginia. Kickoff is scheduled for 7 p.m. ET in Charlottesville.