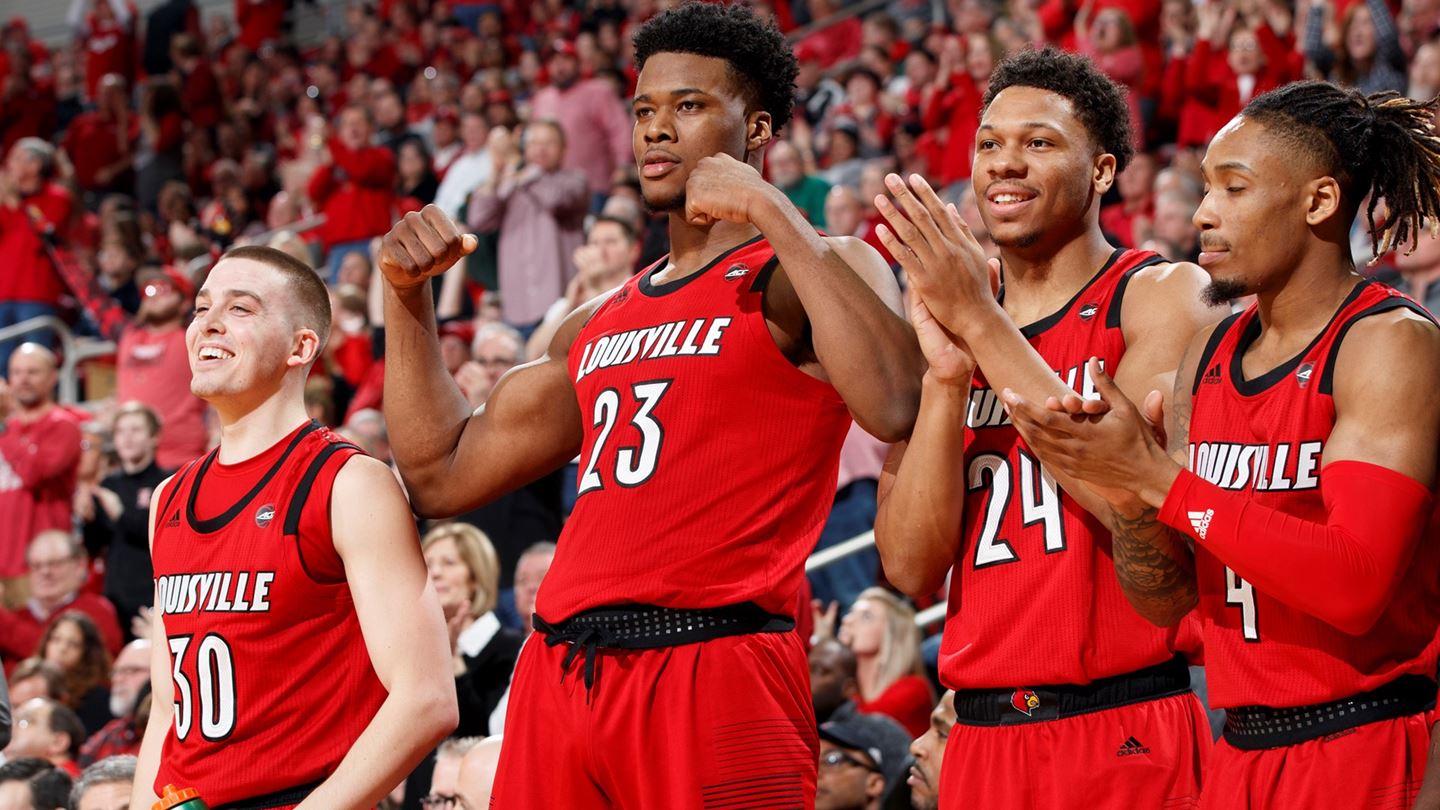 LOUISVILLE, Ky. – The University of  Louisville men’s basketball team will play its lone exhibition game in preparation for the 2019-20 season as the Cardinals face the Bellarmine Knights on Tuesday. UofL has tuned up with a closed scrimmage against Ohio State on Oct. 20 and a public Red-White intrasquad scrimmage on Oct. 12. The Red team posted a 42-32 victory in the 20-minutes scrimmage as Steven Enoch scored 21 points to lead all scorers.

Louisville, which posted a 20-14 record and participated in its 39th NCAA Tournament last year, opens the season ranked fifth in the AP and USA Today polls under the direction of second-year UofL Coach Chris Mack. Louisville returns most of its production from the Cardinals’ successful 2018-19 squad, including three-quarters of its scoring and rebounding.

Coached by UofL graduate and former Cardinal assistant coach Scott Davenport, Bellarmine is ranked No. 2 preseason by NCAA.com, No. 2 by Street & Smith’s and as the nation’s No. 7 team by the Division II Bulletin.

The Knights achieved a 28-5 record last season while earning its third straight Great Lakes Valley Conference Championship and made its 11th straight NCAA Tournament appearance. It was also
the 11th consecutive season in which the Knights have won 23 or more games (since 2008-09). Senior forward Ben Weyer, a preseason second team All-America selection by Street & Smith’s, is
the lone returning starter, averaging 11.5 points and 4.9 rebounds last season.

Louisville has won all 12 regular season meetings against Bellarmine. That figure is not inclusive of nine exhibition games the teams played in 2005, 2009, 2011, 2012, and each year from 2014 to 2018 — all UofL victories. Louisville won the first meeting 79-52 at Bellarmine on Dec. 6, 1960, a year in which John Turner lead the Cardinals to a 21-8 record and UofL’s third NCAA Tournament appearance. Team co-captain V.J. King scored 17 points and Steven Enoch added 14 points as Louisville prevailed 71-60 in an exhibition game over Bellarmine in the last meeting between the teams (10-28-18). The Cardinals limited the Knights to 34.6 percent from the field against a team that would go on to lead NCAA Division II in field goal percentage last year (.545).